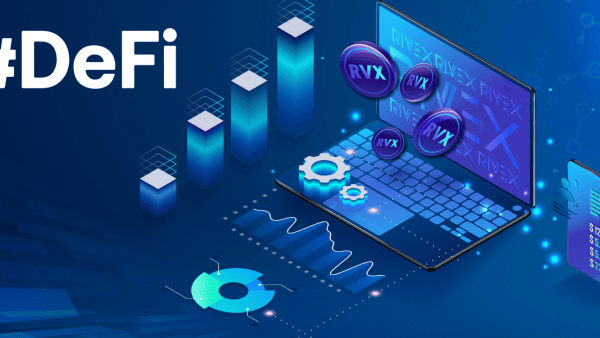 It was only a matter of time before cryptocurrency and blockchain companies recognized the inherent value of decentralized finance, and moved to take advantage of it. The problem, of course, is that DeFi is such a new series of technological innovations that moving too early prior to getting the bugs out could ultimately be disastrous for everyone involved.

Yesterday, Interlapse Technologies (INLA.V) engaged in a share exchange agreement constituting a reverse-takeover with LQWD Financial worth approximately $6.6 million, which will eventually make LQWD a completely owned subsidiary of Interlapse.

LQWD is a decentralized finance company involved in creating enterprise grade infrastructure and institutional liquidity for the Lightning Network. If you’re unfamiliar with Lightning Network, it’s a potential solution for the Bitcoin scaling problem, which offers improvement on the fees and better settlement times on the Bitcoin blockchain.

The interesting point is that it does actually work, but not to the point where it can be competitive with Mastercard or Visa. Lighting Protocol’s been around as a theory since 2015, and went live in 2017 with the same hard fork that gave rise to Bitcoin Cash.

It allows participants the ability to transfer money to each other without having to make all their transactions public on Bitcoin’s blockchain. This is done by providing penalties for participants who don’t cooperate. Therefore, the block doesn’t necessarily need to close in order for a transaction to go through.

Another benefit is increased privacy. Because details of payments made using the lightning network aren’t recorded on the blockchain, then they retain a certain level of privacy. Payments may be routed through many channels and each node operator will be able to see payments across their channels, but won’t be able to see the source of the payment or where it’s going.

Last, but perhaps the most important for our purposes, the speed. Normally it takes ten minutes on Bitcoin’s blockchain to close the block and verify changes. Settlement time for lightning network is under a minute and can even be milliseconds, with no fundamental limits to the amount of payments per second that can occur under the protocol. The only limitations come from the capacity and speed of each node.

The problem is that Lightning Network loses some of the trustless appeal of Bitcoin by eliminating the immutability function of showing each transaction on the blockchain, and returning to an older function of reciprocity that Satoshi Nakamoto was trying to get away from. For example, the network involves bidirectional payment channels between two nodes through smart contracts. If any one of these nodes drops the channel, the channel will be closed and whatever is being sold will end up on the blockchain.

The dispute mechanism built into Lightning Network requires all users to be constantly on the lookout for fraud, giving rise to the concept of a “watchtower” where trust can be otherwise outsourced to watchtower nodes to watch for fraud. This has obvious implications because it places too much power within one node, which can thus be navigated through social engineering, be it through blackmail, nepotism or any other human manipulation mechanism to one side or another. It introduces the human dynamics that Bitcoin was invented to avoid.

LQWD has been developing a platform to make use of Lightning Network, which will allow users to setup payment channels as a service. These will be combined with a liquidity pool to allow users to stake Bitcoin on the Lighning Network and earn interest. They expect to launch their beta in early 2021, and are henceforth in search of testers. Afterwards, LQWD will set up shop in San Francisco.