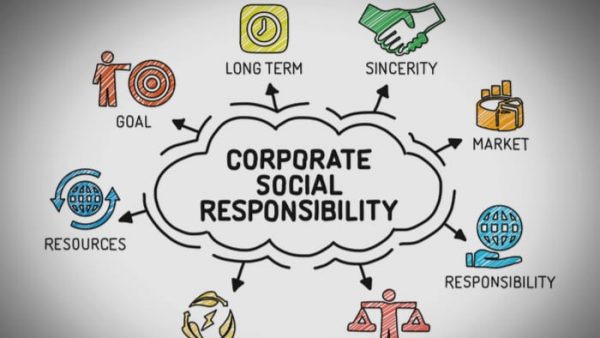 I can’t possibly be the only person who reads about a company engaged in a corporate social responsibility campaign and wonders immediately what they’re trying to whitewash. What are they hiding? Maybe I’m naturally distrustful, but it usually makes me want to dig a little deeper to see what they’re trying to distract us all from.

“It’s our responsibility as the leading multi-state cannabis operator to really understand the needs within our communities. The core of our focus at Curaleaf is on the health and wellness of our customers and patients, and holistic community health is not possible if all of our citizens do not have their basic needs met. We’re proud to support our communities with ‘Feed the Block’ in partnership with 24 organizations across the country this year,” said Joe Bayern, Curaleaf’s president.

The company has a pending class action lawsuit due to being in bad odour with the FDA during last year’s CBD craze—for which they apologized and rectified their claims. They’re being sued for using automated text messages in the United States in contravention of some variety of anti-spam law that I wish we’d get up here. These are hardly the peccadilloes of a company that requires a good reputation scrubbing, though. They look more or less like the growing pains most companies experience as they climb the ladder to success.

So naturally the secondary reason for a campaign of this fashion is for consciousness raising, and maybe something to do with branding. Curaleaf’s brand isn’t nearly woke enough for this variety of consciousness raising theatrics, and they’re already one of the biggest cannabis companies in the United States.

As useless as good will is on a balance sheet, it never quite goes out of style when it comes to branding. Case in point—we have a shawarma shop here in New Westminster wherein the owner has built himself (and his company) a reputation for helping the community. As such, he’s earned himself customers through word of mouth.

This could be Curaleaf’s angle.

“With ‘Rooted in Good,’ we’re focused on developing social impact work that meets the needs of our communities at the deepest level. Each of our ‘Feed the Block’ partners was evaluated to ensure they directly reach the communities most impacted by food insecurity in the cities and states that Curaleaf operates. Our strategic partners help us maximize community impact and demonstrate our values as a company that believes in the power of doing the right thing,” said Khadijah Tribble, vice-president of corporate social responsibility.

Regardless, from November 21 to December 5, Curaleaf is accepting donations in 90 of their retail locations to benefit organizations involved in dealing with the hunger problem. They’re making a commitment to match the percentage of the total raised in the 23 participating states. If you consider that even before COVID-19, 37 million people in the United States deal daily with hunger, and the problem is expected to rise to 54 million people in 2021 courtesy of the pandemic, according to Feeding America, then finding a company that’s doing some good for their community is probably for the best, even if the path to padding their bottom line is a little hazy or indirect.