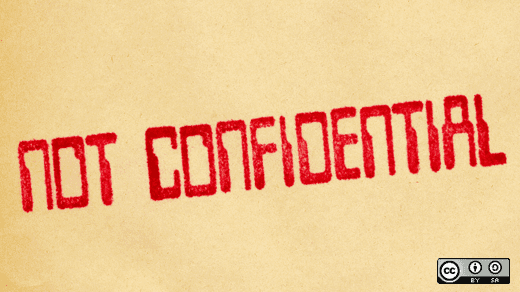 Neptune Dash Technologies (DASH.V) has a bit of a problem. Their core technology offering is in a bit of bad odour with regulators around the world, including our powerful neighbour to the south.

You see, the cryptocurrency Dash is frequently counted among the privacy coins, which are cryptocurrencies that have the ability to obscure or otherwise hide transactions along their blockchain. This makes it possible for transactions between nefarious actors (think Al Queda and the Mexican drug cartels) to go undetected by law enforcement. Cash is always going to be king, but in its absence there’s this virtual asset class that combines ease of payment with lack of traceability.

Seems like a goldmine for illegal opportunists, and it is. But it’s also a way to keep nosy governments out of your business. The conflict here can be viewed as a spectrum between anonymity and transparency. Absolute anonymity opens the door to illegal and immoral activity that can’t be investigated, while complete transparency gives regulators too much power and ensures no privacy at all. Both of which are worlds we don’t want to live in.

So where’s the happy medium? There isn’t one. If a government (and other organizations like facebook) has the ability to spy on you, it’s been proven that they will. If criminals can find an avenue to perform their immoral and illegal business with impunity that’s impossible to trace and difficult to find, they will.

John McAfee of McAfee Antivirus fame, and regular cryptocurrency commentator, believes that government regulators will soon drop the banhammer on privacy coins and distributed exchanges. It’s an argument that holds some weight, especially since Korea and Japan have already banned privacy coins and their questionable regulatory status in the United States as the Department of Homeland Security is busy trying to build tools that would let them trace Monero transactions.

Privacy coins and distributed exchanges will soon be outlawed.

But these laws will have no more teeth than the ineffective laws against Marijuana.

Do not abdicate your rights!

According to a report by the United States Attorney General’s Cyber Digital Task Force called Cryptocurrency: An Enforcement Framework released in October of this year, anonymity enhanced cryptocurrencies (AEC) can be used to undermine existing anti-money laundering (AML) initiatives, and regulations for combating terrorism financing regulations. The task force pointed out specifically Monero, Dash and Zcash as prime offenders.

“The Department considers the use of AECs to be a high-risk activity that is indicative of possible criminal conduct. AECs are often exchanged for other virtual assets like Bitcoin, which may indicate a cross-virtual-asset layering technique for users attempting to conceal criminal behavior.”

Granted, there’s absolutely no way that any government can ban these coins. It’s not only unfeasible, it actually approaches impossible. Decentralized exchanges (DEX) can be built overnight, overseas under a crypto-friendly regime and used to hold and trade privacy coins. Someone in South Korea could easily bypass regulators by accessing these exchanges using Tor’s onion browser (or some other privacy ensuring technology) to hide from snooping regulatory bodies, and do business with DEX with impunity.

But for companies like Dash—and for the coin itself, presently enjoying a pleasant upswing this week and trading a smidge under $80—that doesn’t bode well. 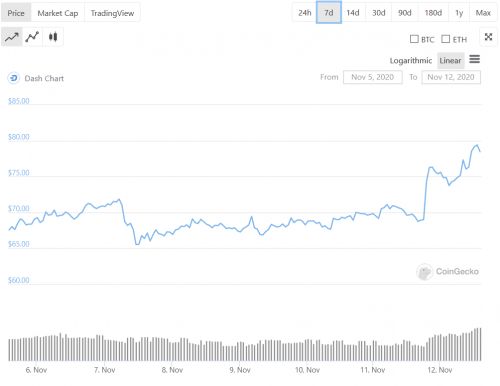 Whether or not Neptune saw this coming is hard to tell, but over the past six to 12 months they’ve been diversifying their holdings to include Bitcoin and Cosmos ATOM. They also want to find a way to get their hands on some of those fat stacks promised by decentralized finance while moving away from the risk posed by going all in on a single token.

They’ve since reduced their DASH holdings to six masternodes, and shapeshifted their Dash coins into Bitcoin, which are now earning 6.5% per year, which is considerably more than they make with their DASH masternodes and with less overhead. Their Cosmos ATOM holdings are staked and therefore earning 9% per year, which gets reinvested. For all of its utility, Cosmos isn’t worth as much in terms of raw price—its promise is its low staking cost and its utility potential, but there are no regulatory regimes looking into how to stop it.

“We are extremely pleased with the performance of Bitcoin over the last 6 months proving the move from DASH to BTC many months ago to be a valuable one. We see a bright future for cryptocurrency market and we will continue to optimize, diversify and stake assets in order to maximize revenues and gains for shareholders. We will focus on remaining the lowest cost and perhaps the only, diversified, publicly traded cryptocurrency Company on the TSX-V. We truly appreciate our shareholders and thank them for staying onboard over the last few years as the cryptocurrency market matures and develops,” said Cale Moodie, CEO of Neptune Dash.

The company also has holdings in several other cryptocurrencies including Fantom, Ethereum, Litecoin, Stellar, NEO, Omisego and QTUM.

Bitcoin arose partially out of a need for transparency and accountability in governance due to the global economic meltdown in 2008. Ironically, at least during its earliest stages, it was adopted by criminals because of its clandestine nature and reliance on cryptography. But now law enforcement and regulators have cracked the code and are increasingly beginning to be able to track each transaction on the bitcoin blockchain. Some savvy programmers realized the problem and built in technologies like privatesend, which ensures that transactions can’t be followed.

There’s nothing particularly wrong with DASH as a coin. It’s cut out of the same mould as Bitcoin and therefore could be considered a first generation cryptocurrency, and therefore may be a bit on the old side in terms of functionality. Because of the nature of the coin, it’s difficult to tell what it’s been used for on the dark web. It’s been definitively linked to providing financial support for wikileaks while Julian Assange was mounting regular attacks on United States abuses of power. That alone is a reason to keep it around and safe from regulators.

Rules and regulations collapse when they can’t be enforced.  In the interim years where this battle is fought both in the legislature and digitally, the banning of privacy coins would create an entirely new class of criminal, because of course one country’s banned commodity is another country’s cash cow—see cocaine in Colombia for details.