The Dow and the S&P Hit Record All Time Highs at the Open! 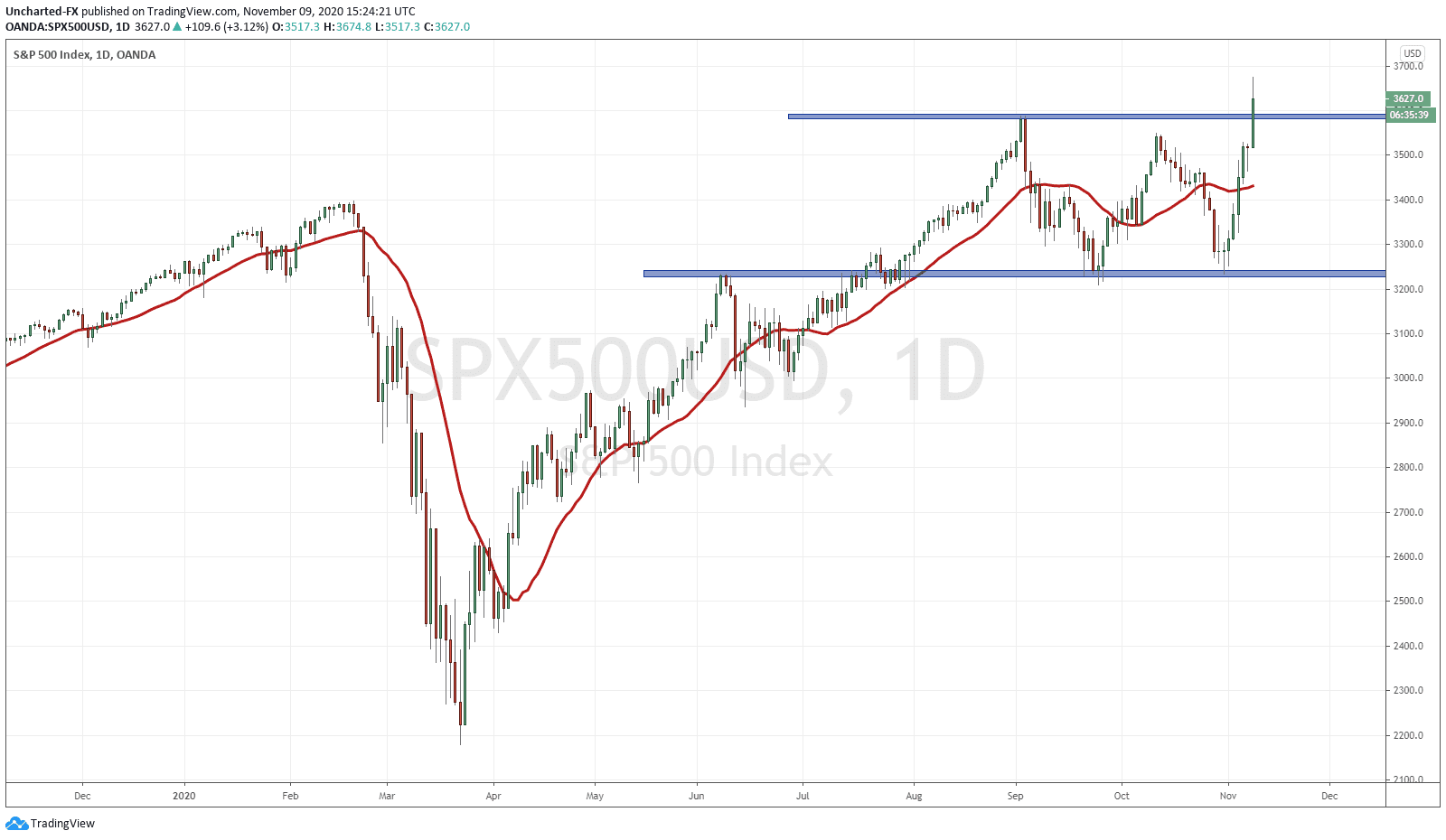 Wow. So take a look at those US Stock Markets!

Seriously I am speechless. The week has just begun and already a wild day of price action.

Not only did we all wake up to the Dow and the S&P trading into record all time highs during the overnight futures session, but some incredible moves in many other markets! But just to put things into perspective, the Dow was up over 1400 points at one time.

The 10 year yield is up over 13% looking to breakout and hit the high 0.90’s. This is indicating that money is leaving the safety of bonds and heading into stocks (or it can just remain as cash). Oil with a monster rally! At one point the commodity was up over 10% and is still holding strong over 9% as I am writing this post. The biggest surprise are the cruise ships and the airline stocks. A big pop in them and some are seeing gains of over 30%!

Last week I discussed about how the markets just want to get past the election news. The one thing that markets hate is uncertainty. That has now been put to the side with a confirmed Biden victory.

In my election posts last week, and if you are a regular reader of my work, I mentioned how it really does not matter who wins because the one commonality is that cheap and easy money is here to stay. To tell you the truth, these markets are being propped up due to the fact that there is nowhere else to go for REAL yield except the stock markets…although some would now argue crypto as well. This is why we will continue to see markets make record after record of new highs.

Many of us traders and those that follow the financial markets were all wondering how markets would open overnight after a Biden victory confirmation. Yes, the Democrats generally are bigger spenders, but this would be stock market positive due to all the new debt that would be created…once again making stocks the only place to go for yield. How about higher corporate taxes? With a Republican majority senate, the market believes it will be difficult to get those type of policies passed. This outcome is great for the markets.

A few traders believed a Biden victory would be a “sell the news” type of event, and were expecting markets to drop. However, they popped on the futures open. Not into all time highs territory, but it seemed that we were on track to hit record highs this week. Then this news came out:

This news also helps combat the uncertainty. Those that were saying months ago about a vaccine not being priced into the US markets are now saying “we told you so!”. Seems like many of us were all distracted by the election. Let’s see how much more steam this news can give markets. 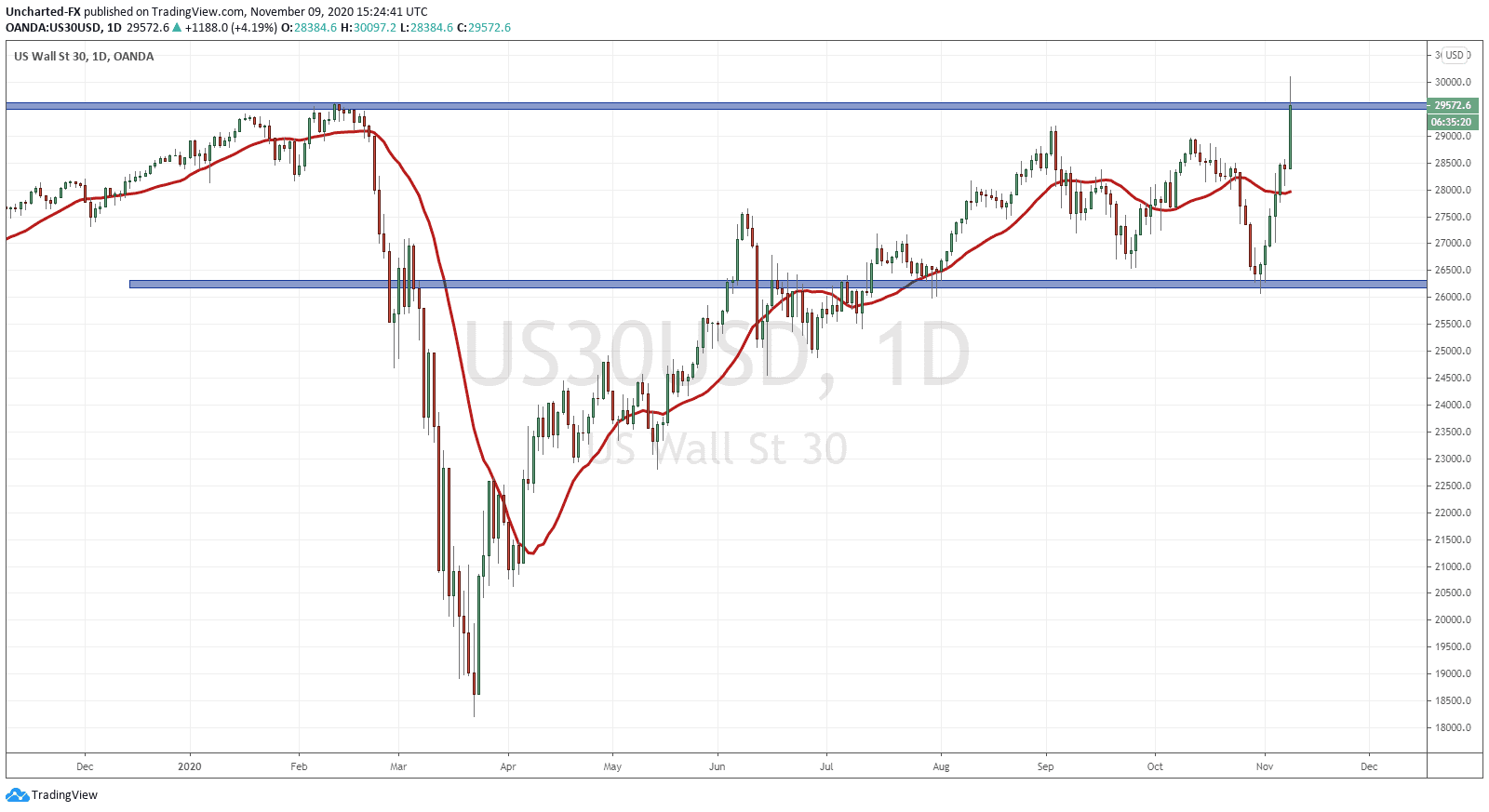 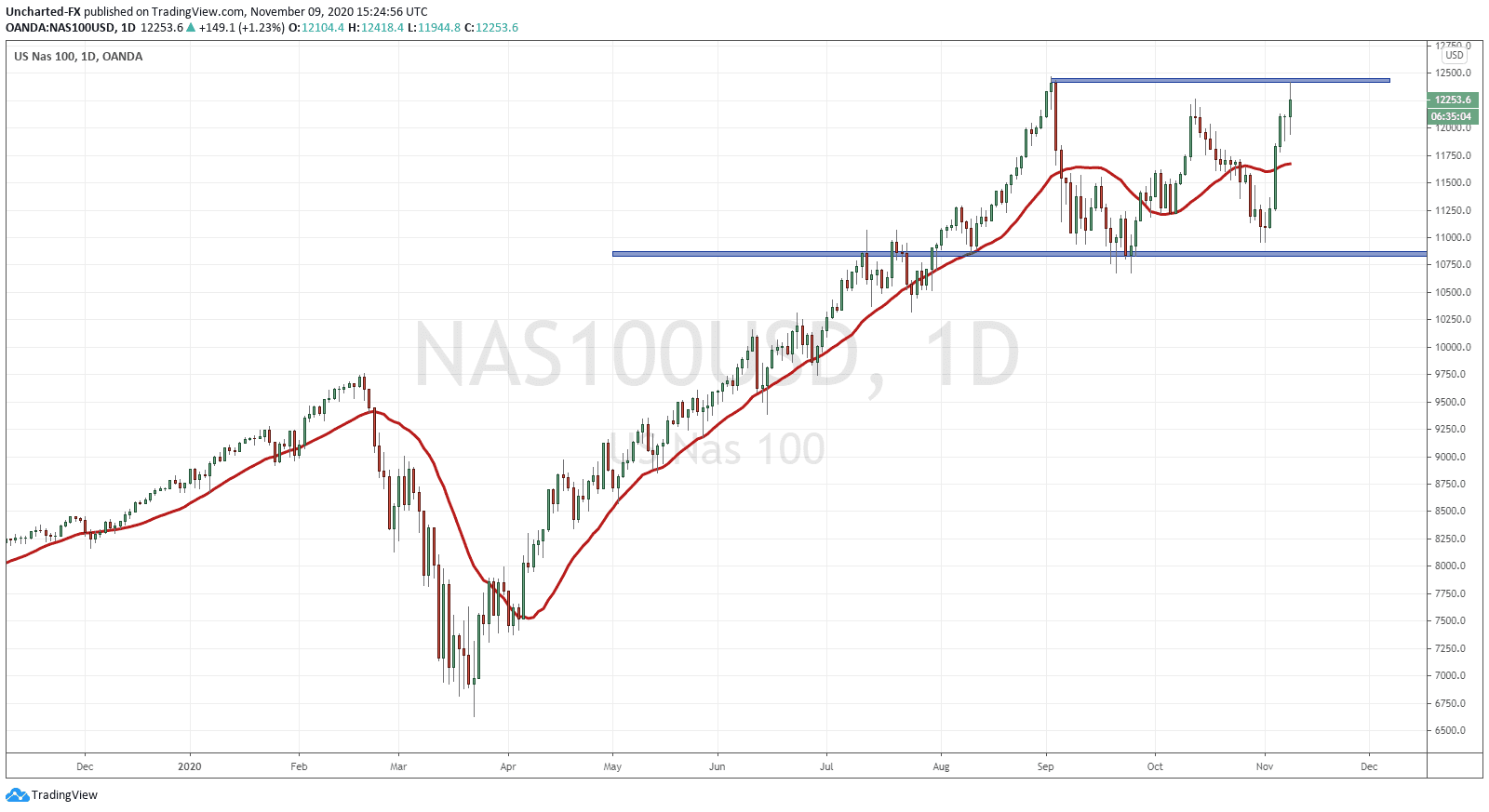 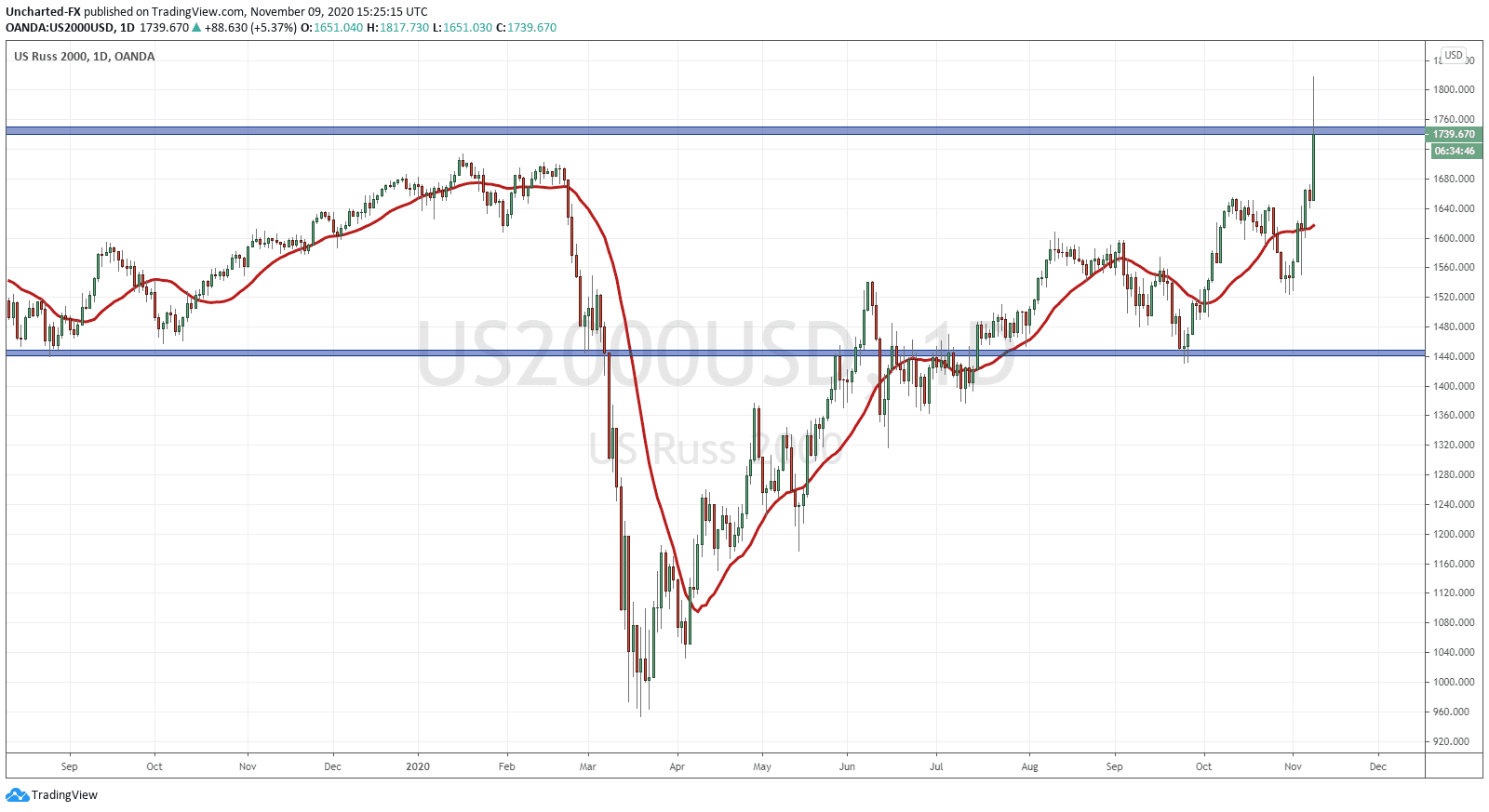 I have posted the charts of the Dow, the Russell 2000 (which also hit record highs today), the Nasdaq and the S&P 500 above. As you can see, price has been retreating from the highs. To be honest, this is normal. We tend to see price retest breakout zones before continuing higher.

This is where watching the lower timeframes comes into handy as it can provide evidence of whether or not the buyers are stepping in to buy the dip.

The big thing to watch for is a daily candle close confirmation at the end of the day into record high territory. Looking at the charts above, only the S&P 500 would meet this criteria. If we get this close, I do expect more highs as this would mean the retests have been successful. If not, then there is a possibility that markets can still drift lower, although the dips would be heavily bought.

Put yourselves in the shoes of some larger funds. Once market hits new highs like this, it is prudent to take some positions off and take profits. This is what we are likely seeing, and even me personally, I am stepping back to allow the markets to calm down a bit before making my next move.