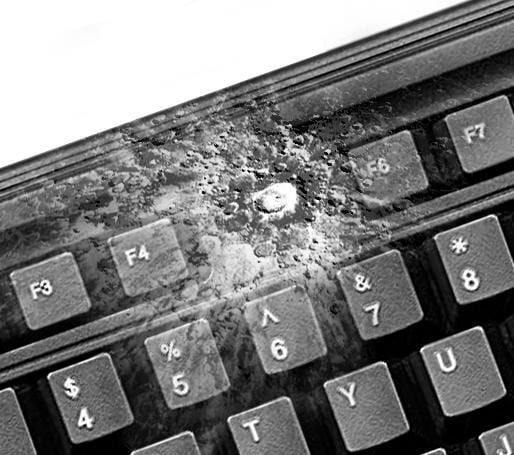 Relax.  Take a breath.  We all need to stop pounding the F5 key and getting our browsers to refresh. They probably haven’t updated the election results yet and it will be all over social media when they do, so sitting there worrying about it isn’t going to make the people count any faster.  Take heart that while the results of the presidential election may be up for grabs if there’s one definitive winner, it’s cannabis users and companies and cannabis everything in at least five more states.

Voters in Arizona, Mississippi, Montana, New Jersey and South Dakota voted in their election to legalize cannabis, opening up new angles and opportunities for companies to expand.

This isn’t really something that’s going to happen overnight, so there’s no stories below about cannabis companies immediately jumping into Atlantic City casinos post election with all-you-can-smoke cannabis stands, but there is definitely some expansion going on.

Let’s take the example of Curaleaf Holdings (CURA.C), which unloaded some assets this week and pulled in $31.5 million. They signed an agreement to sell their rights to HMS Health and HMS Processing assets in Maryland to TerrAscend (TER.C) and pulled in $27.5 million. The sale includes a 22,000 square foot co-located cultivation and processing facility in Frederick, Maryland. The proceeds are split up into $25 million in cash due at closing an d$2.5 million interesting-bearing note due on April 30, 2022.

Curaleaf Holdings Inc. released a pair of planned asset divestitures in Maryland for a combined $31.5-million in total proceeds:

When the transaction’s over, Curaleaf intends to acquire Maryland Compassionate Care and Wellness, which comes with a 55,000 square foot cultivation and processing facility based out of Taneytown, Maryland, and a dispensary in Gaitherberg under the Herbology brand.

“The asset sales we announce today will allow us to optimize Curaleaf’s vertically integrated presence in Maryland within the regulation which limits operators to a single grow and single processor. Overall, the Maryland market continues to see impressive growth with over 115,000 certified cannabis patients. The actions we are taking aim to further strengthen Curaleaf’s position as a leading cannabis operator in Maryland as well as reaffirm our commitment to best serving our customers across the state,” according to Joseph Lusardi, CEO of Curaleaf.

The extra $4 million in the completion price comes from their sale of Curaleaf Maryland, and their processing license, in Cumberland, Maryland. They closed this deal on November 1, 2020.

This comes hot on the heels of yesterday’s donation to the Last Prisoner Project, in which the company donated $40,000 to help victims of the drug war get their lives back. Libby’s was founded in 2007 and provides services to the underserved through education, mammograms, and patient navigation from diagnosis to completion. The organization works with women who have been diagnosed with stage IV breast cancer to help their families find support and guidance.

“At the core of our company values is compassionate care and we’re proud to partner with an organization like Libby’s Legacy. We started Trulieve because we wanted to help patients suffering from medical ailments and terminal illnesses like cancer find relief and healing with natural, effective, and powerful medications. We believe strongly in Libby’s Legacy’s mission to support, educate, and guide people suffering from breast cancer, and are proud to be long-standing partners with them,” said Trulieve CEO Kim Rivers.

Every year from the past three years, Trulieve has donated some of their profits from products sold during October’s Breast Cancer Awareness Month to Libby’s Legacy.

“Our partnership with Trulieve has been a life-changer in so many ways. From providing our patients with education and access to medical cannabis, to funding breast health services and recovery, it’s been incredible to show how plant-based medicine can be beneficial to prevention and recurrence,” said Robin Maynard-Harris, founder of Libby’s Legacy.

Over the past three years, Trulieve has donated a portion of proceeds from exclusive products during October’s Breast Cancer Awareness Month to Libby’s Legacy. The total donated to date has been $165,000, and Trulieve and Libby’s Legacy have been able to provide five months of health services, including mammograms, ultrasounds, MRIs and biopsies as well as more than 40 hours of patient advocacy and six months of fresh produce to four families in recovery.

Aphria (APHA.T) is looking to acquire SW Brewing Company (SweetWater), one of the largest independent craft brewers in the United States on volume. SweetWater is primarily known for their year-round seasonable and specialty beer, which includes a portfolio of cannabis-infused brands.

Aphria’s spending $300 million and expects it to close before the end of 2020. The company anticipates that the acquisition will be immediately accretive to EBITDA and diluted earnings per share.

“Our strong balance sheet and access to capital have enabled us to enter the U.S. through this strategic and accretive acquisition. We will establish and grow our U.S. presence through SweetWater’s robust, profitable platform of craft brewing innovation, manufacturing, marketing and distribution expertise. At the same time, we will build brand awareness for our adult-use cannabis brands, Broken Coast, Good Supply, Riff and Solei, through our participation in the growing $29-billion craft brew market in the U.S. ahead of potential future state or federal cannabis legalization,” said Irwin D. Simon, Aphria’s chairman and chief executive officer.

SweetWater was founded in 1997, and has since spread to 27 states plus Washington, D.C., and possesses sufficient capacity to enhance their distribution with limited capital expenses. They have a brewer in Atlanta, Georgia, which produces their specialty craft brews, with SweetWater’s beverages available in 29,000 off-premise retail locations ranging from indy bottle shops to national chains, as well as 10,000 restaurants and bars.

We’ll now let you get back to refreshing your screen to see if they’ve updated the election numbers.