8i Enterprises Acquisition Group (JFK.Q) and Diginix combination gets the first cryptocurrency exchange on the NASDAQ 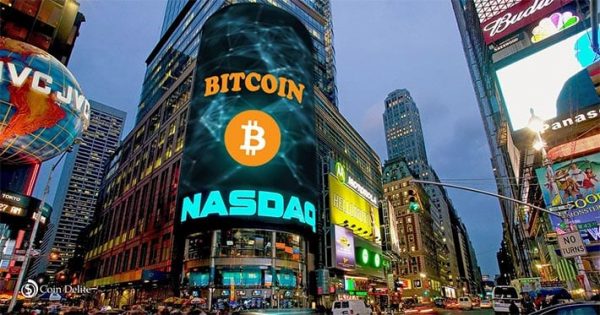 In the coming year or two, crypto is going to effectively hit the mainstream. We’re going to have more companies coming online at various verticals—from raw cryptocurrency mining companies going live on big name international exchanges to the recognition of cryptocurrency as more than an underground asset class used by criminals to move money out of the line of sight of law enforcement. It’s taken a big step this month by getting the first cryptocurrency exchange on the NASDAQ exchange.

We’ve already seen some shifts in thinking. Exchanges and other financial institutions have stopped pinching their noses and started seeing the value inherent in cryptocurrency. There’s Bakkt, owned by Intercontinental Exchange (ICE.NYSE), which also owns the exchange it’s traded on, and which has been offering futures contracts for close to a year now. Cryptocurrency miner Riot Blockchain (RIOT.Q) has been openly trading on the Nasdaq for years now, Hut 8 Mining (HUT.T) was accepted into the Toronto Stock Exchange’s sandbox.

“This is a watershed moment for both Diginex and the cryptocurrency industry with the listing of the first-ever company with a crypto exchange on Nasdaq. This also presents the first opportunity for anyone trading in the US capital markets to buy directly into the equity of a digital asset ecosystem and opens the door for financial institutions to participate in the enormous opportunity that digital assets present. Diginex offers a unique set of innovative products and institutional-grade infrastructure. Our EQUOS.io exchange is regulatory-focused and will offer features such as segregation of duties, portfolio margining, and cross collateralization, which are not commonly available in the crypto exchange marketplace,” said Richard Byworth, CEO of Diginex.

The company will trade on the Nasdaq under the symbol “EQOS” and offer investors the chance to get onboard with the growth of digital assets. The company’s warrants will go under EQOSW. The company raised approximately $50 million in both their private raise in advance of the listing and the cash remaining in SPAC. In addition to strengthening the company’s balance sheet, it’ll help them realize its vision to build a digital assets ecosystem offering products and services that are fair, trusted and compliant.

“While EQUOS.io forms the core of our ecosystem, we are also the first company to have an integrated offering comprising a regulated asset manager, cold and warm custody solutions, and capital markets advisory as well as a multivenue trading platform that plugs into some of the world’s leading trading technology providers,” said Chi-Won Yoon, chairman of Diginex.

Now that the specifics are out of the way we should keep in mind that the cryptocurrency hype train has been rolling for a long time, and it’s going to pick up steam as adoption comes. We need to be careful to not get run over by it. Do your due diligence with any legit exchange the same way you would before.

The first issue should always be security.

We’re not going to talk about 2FA. It’s assumed that any exchange worth doing business on nowadays is going to have 2FA. Instead, we’re looking at where the exchange is available and why it matters.

The exchange isn’t available in most of the usual suspect countries—the non exhaustive list including Iraq, Iran, Cuba, North Korea, Yemen, Libya—but also surprisingly in Singapore—which is particularly interesting because the company is from Singapore. The list expands and contracts in accordance with EQUOS anti-money laundering and know your customer (AML/KYC) policies.

One of the principle differences between legit and illegitimate exchanges will be AML and KYC legislation. Illegitimate exchanges likely aren’t going to give much of a shit about implementing AML and KYC measures to ensure that the money flowing in and out of their coffers doesn’t come from some ill-gotten hack, like the one that Singaporean exchange KuCoin suffered last week. Your ability to trade here is set up on a tier-structure like it is on most modern exchanges, based on KYC and AML regulations. At some point, you’ll need to brush your teeth and put on a shirt, because part of getting involved means a video checkup with someone on the other end.

There’s always going to be issues with cryptocurrency exchanges in the dark web flying under the radar, but if in your travels you find an above-board exchange that doesn’t offer these measures, it’s probably best not to do business with them. That way maybe we can send a message that non-compliance will be met with financial penalties, even if there’s no international agreements in place.

Another downside is that they only offer three coins: Bitcoin, Ethereum and USDC. Note that’s USDC rather than Tether or USDT. It’s essentially the representative coin for fiat currency, rather than USDT which inflates its market cap every other day to make itself 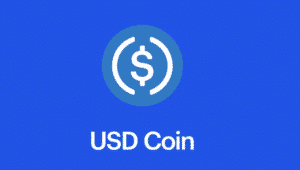 more attractive to newbie investors who don’t know any better. It’s a fairly standard practices for exchanges to take your USD and convert it one-to-one with USDC so that shouldn’t come as much of a surprise to seasoned crypto-enthusiasts, but folks new to the class may take note.

Still, if you’re looking to trade in more coins, you’re shit outta luck and there’s zero indication that they’re going to diversify in the future. Although, if they’re smart they will.

What I would have preferred to see when visiting their site was something indicating that they had found a way to secure their holdings. I’m not talking about a mix of hot and cold wallets, (although having a few lines about their division there wouldn’t hurt either) but whether or not they’ve chatted with the FDIC about garnering some variety of limited protection from hacking, robbery and loss—like KuCoin, who will be able to write off a certain amount of the money lost in their hack. Or maybe made some deals with insurance companies to put some small scale liability on their holdings like the Gemini Trust company did earlier this year. It would definitely work as a huge step towards legitimacy for an exchange would be gathering insurance, protection and a safety net to fall into for when (not if) they’re hacked.

Still, getting the first exchange on the NASDAQ can’t be discounted. 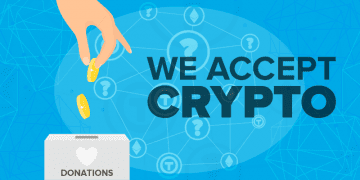 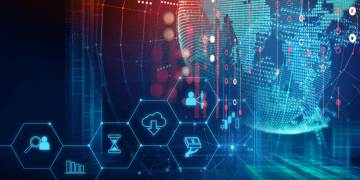