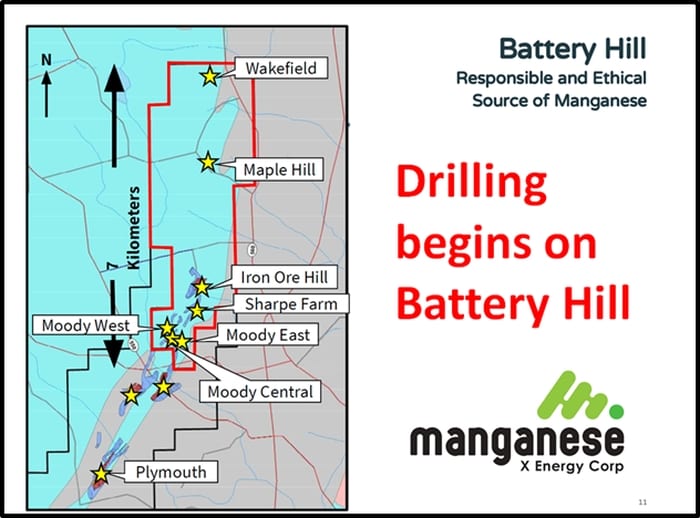 “Manganese is beginning to play a critical role in the evolution of new off-grid power storage systems, and cutting edge solar energy (storage) technologies,” reported Equity Guru’s Greg Nolan a month ago when MN stock could be purchased for .20 (it’s double that now).

MN will drill about 25 holes totaling a minimum of 3,200 meters.

The average depth per hole ranges between 100 to 250 meters.

The objective of the drill program is to significantly expand and upgrade the current classification of mineralization to inferred or higher resource status.

The program will focus on near surface, higher grade areas of the deposit such as the Moody Hill zones, a potential “low-cost open-pit mine” location.

Manganese has the following demand drivers. 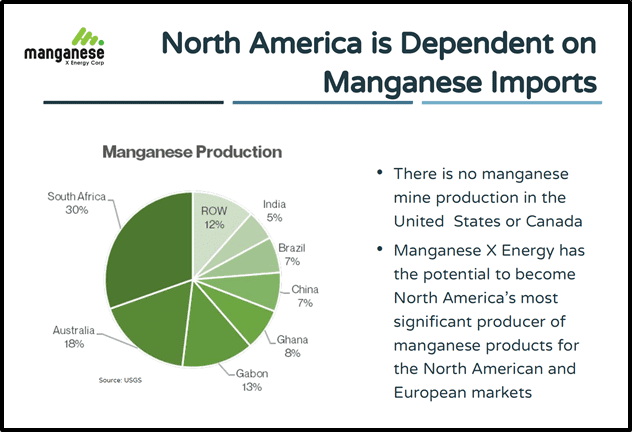 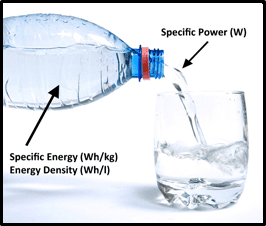 The NMC battery is common in power tools and in powertrains for vehicles.

Cobalt is the most expensive material used in batteries, so eliminating it will make Electric Vehicles (EVs) cheaper. Tesla says it will be able to make a $25,000 EV — $10,000 less than its cheapest 2020 model — partly because it is reducing cobalt and increasing manganese.

“It’s absolutely critical that we make cars that people can people can actually afford,” stated Tesla CEO Elon Musk on September 22, 2020, “Affordability is key to how we scale.”

As well as the cost factor, there are political issues.

“Cobalt has also been called the ‘blood diamond of batteries’” states The Verge, “That’s because it’s been mined in a way that’s endangered child workers and wrecked the environment in the Democratic Republic of Congo.

“We are accelerating our drilling agenda to take advantage of the current attention and demand on manganese as a key cathode component in battery chemistry,” confirmed Martin Kepman, CEO of Manganese X, “Tesla Battery Day was a call to action for companies in the energy metals sector.”

“Elon Musk is looking to source battery grade manganese which we have dubbed ‘electric gold’ from the North American chain,” continued Kepman, “We feel our property, being 12 miles from the US border gives us a decided advantage. We are the only manganese property in North America on a fast track to commercialization.” 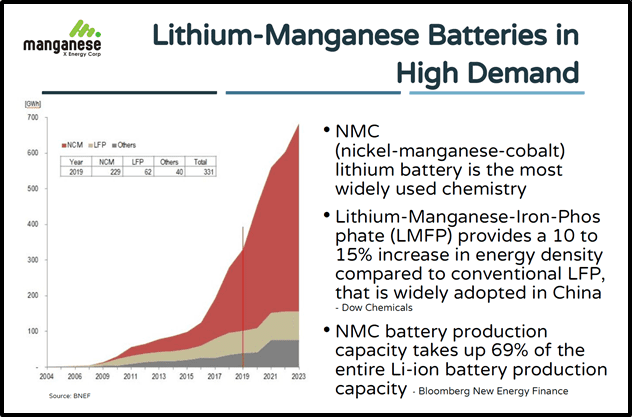 Upon successful completion of the drill program and ongoing metallurgical studies recommended in the June 2020 NI 43-101 technical report, work will be initiated toward the completion of a Preliminary Economic Assessment (PEA).

A PEA answers the question, “How best can this deposit be exploited to maximize its profits for investors?” Unlike more advanced studies, a PEA can use inferred resources for its operational and financial modeling.

A PEA will not trigger a production green light because of the relatively high degree of unknown risks.

A positive PEA will typically create an upward re-valuation of the company, unless the spot price of the targeted mineral is plummeting – which is unlikely given the demand/supply ratio for Manganese.

“This brittle, silvery-gray metal was recently added to a list of 23 elements critical to the US economy,” continued Greg Nolan, “Manganese X appears to hold significant tonnage potential in the subsurface layers of its 1,228-hectare flagship Battery Hill Project in mining-friendly New Brunswick.”

In the October 1, 2020 press release, MN confirmed it has enough cash to execute on all corporate activities in the next 18-20 months. 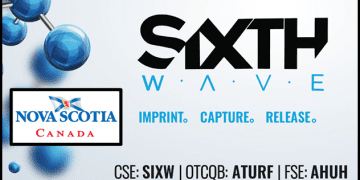