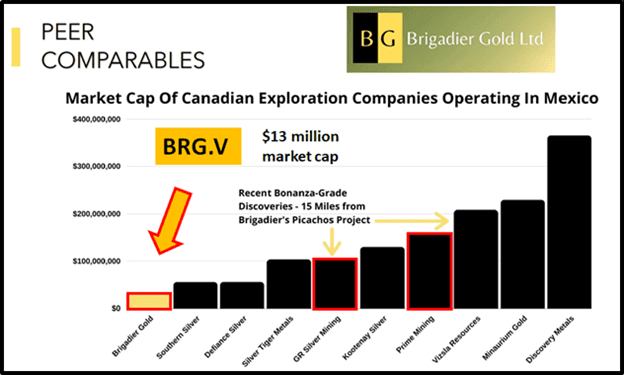 “We are fortunate that Brigadier’s core leadership now includes Michelle Robinson who together with her team, residing in Sinaloa, are intimately familiar with Picachos, the local community, and how to shape a sustainable and beneficial presence in the region,” stated CEO Ranjeet Sundher.

Michelle Robinson – an Engineering Geologist – worked as an underground diamond driller for Boliden Metals, while she collected data for her Masters thesis in Applied Science (UBC – 1994).

Later, she worked for Noranda and earlier incarnations of Teck, Vale, Nyrstar and Anglo American.

In 1998 Ms. Robinson moved to Mexico. She speaks fluent Spanish and English, has authored 20 technical reports and is a Qualified Person as defined by NI 43-101.

Sundher is right to highlight Robinson as a senior member of Brigadier’s team.

If you’ve ever done business in a foreign jurisdiction, you’ll appreciate the necessity of having technical experts who understand the business culture.

Note: I once spent 30 breathless days in Beijing waiting for a deal close, while Chinese entertainment lawyers kept tweaking a contract.

On the 29th day – in a nauseating surge of clarity – it finally dawned on me; the endless contract-tweaking was the Chinese way saying “No”.

Geological knowledge is a necessity.

Michelle Robinson brings both things to the table. 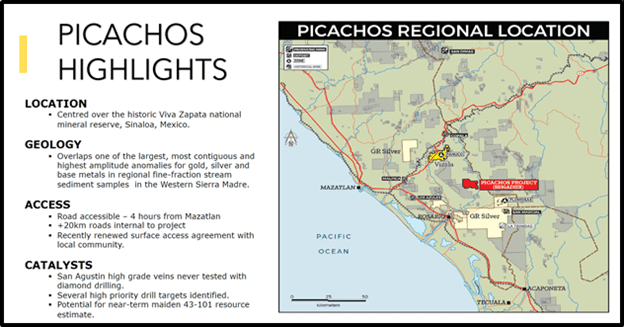 Brigadier intends to prove the depth, strike length and continuity of the high-grade gold-silver veins.

Ms. Robinson and her team will attempt to deepen their understanding of the source of the vein hosted mineralization and its potential relationship to copper porphyry mineralization identified on the Brigadier property.

The center of the 2020 exploration campaign will be the past-producing San Agustin Mine which has exploited one of the ore chutes of the major east-northeasterly trending Cocolmeca Vein System.

The Cocolmeca Vein system is comprised of several sub-parallel veins over a 1.5 kilometre wide zone.

San Agustin is the best understood of these veins, mainly because it has been historically exposed underground by approximately 670 line-metres of tunnels, stopes and shafts.

Collectively, this first round of drilling is designed to test approximately 1 km of vein strike between the past-producing San Agustin Mine and the Tejones Prospects. 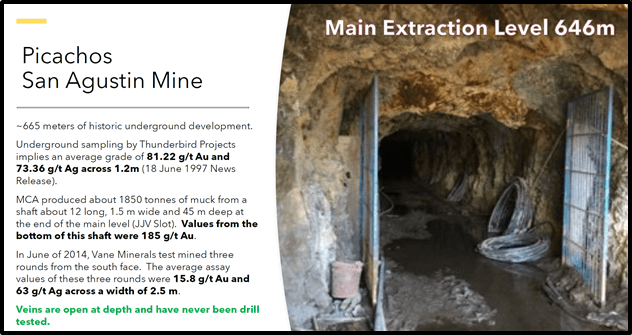 Phase 1 is anticipated to total 5,170 meters of diamond drilling in 41 drill holes.

Additionally, there will be about 3 line-kilometres of trenching across several historic sample sites to sample the anomalies identified by the historic work and formalize the drill targets.

Most holes are planned at San Agustin and Los Tejones, with a few at Mochomos and other prospects. The drill holes will range from 90 meters to 300 meters in length. 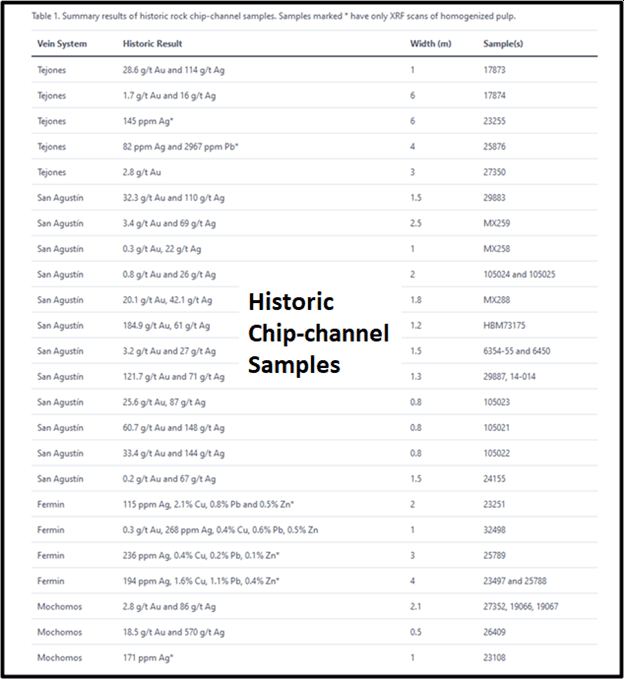 “Significant values include 160 grams per tonne silver across seven metres at Garabato, and 21.3 g/t Au across one meter at El Pino,” stated Sundher, “Further work including trenching and soil sampling followed by drilling is clearly warranted.”

“Brigadier’s multi-talented team has raised $4.2 million and advanced the Picachos property from acquisition to drilling in a relatively short period of time and we look forward to keeping our shareholders updated as drill assay results are received,” stated Sundher on September 28, 2020.

I know, its hilarious to observe the stupids at the grocer store horde food, plain idiots. They are the uneducated people that cant think like a normal person with reason.