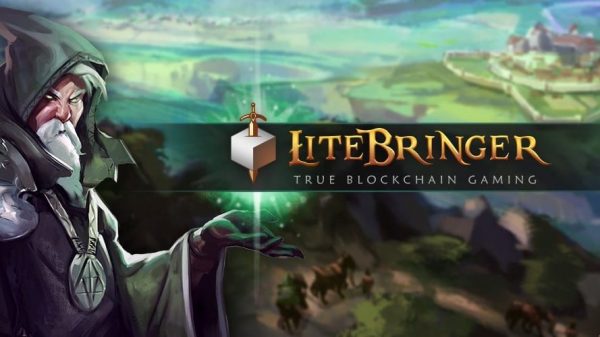 What a difference a month makes. I disappeared for a month for a little Staycation, and I come back and there have been some serious changes in the makeup of the top ten in crypto.  Lots of random DeFi related things to recount.

For someone new to the game that’s probably not going to make much of an impression. The below average bank likely has quadruple that, and the big banks dwarf that number. But for those of us who remember how hard it was to find our first Bitcoin, that number represents a substantial amount of growth.

I still remember the first time I found one. It was a Waves coffee-shop in North Vancouver and the grey-boxy beast hiding in the corner proudly displayed the rotating B. That Waves is now gone (and presumably the machine as well) courtesy of COVID-19, but after a moment’s consideration, I figure I’m within distance of three Bitcoin machines that I know of and likely many more that I don’t.

Ethereum’s transition from ETH 1.0 to 2.0 got another boost this week as Danny Ryan, a developer with the Ethereum Foundation, officially submitted a proposal to move the blockchain to a proof of stake (POS) consensus mechanism from proof of work.

If it’s approved, then we’ll see Serenity Phase 0 or the Beacon Chain start getting rolled out, which will be the execution point for Proof of Stake. It’s anticipated to go live later on this year. Along with the Beacon Chain will come the concept of sharding, which presumably will solve Ethereum’s scaling problem without compromising security and decentralization.

According to Whale Alert, an advanced blockchain tracker involved in watching for large scale movements of cryptocurrency on blockchains, Tether treasury minted a billion USDT to unknown wallets this week.

Hence, why they’ve probably bounded ahead in the rankings by market capitalization.

Probably there’s a problem with Tether that’s largely going unrecognized in these circumstances. With a decentralized currency like Bitcoin, Ethereum or XRP, the high market cap is a representation of price times circulating supply. But Tether’s case is a bit different. Their price is pegged directly to the value of USD, which means that Tether needs to have their market-cap in stores to account for demand.

So unless they’ve somehow gotten their hands on an extra billion dollars in US currency, the market cap inflation is well – air.

When banks do this (and they all do) they know they’ve got institutional backing. If there’s enough demand, the central bank will print more to meet it with all the accompanying problems. In tether’s case, there is no central bank to call. If everyone decided to back out of tether tomorrow, eventually they would have to shrug and apologize.

BIGG Digital Assets (BIGG.C), which owns the Blockchain Intelligence Group, took on XRP for their BitRank Verified program this week. BitRank provides financial organizations the ability to get a risk score analysis on an address to determine whether or not they have been involved in nefarious activity.

XRP’s made for payments, but like most cryptocurrency, it’s largely anonymous. You can buy, send, spend or spread your XRP out just like you can with any other crypto, and you can never be entirely sure that the coin you have, or the person you’re doing business with, hasn’t been involved in some dark web, illegal and immoral activities.

Bigg Digital changes that at least within a matter of degrees. It can track coin movement on the blockchain and after a little detective-work pin names and organizations to their wallet numbers.

I’m actually relatively new to Polka Dot. It’s effectively brand new to my radar, but it seems at least on first glance that Polimec, which handles the token issuance and transfer framework for Polkadot, is being launched by the team behind blockchain identity protocol KILT.

There are some solid reasons for getting involved in a community-owned tokenizing system native to Polkadot, such as the cost of gas on Ethereum, according to Ingo Ruebe, CEO of BOTlabs and project head for the KILT protocol.

I’m on record as having said that I’d never actually buy Bitcoin Cash. I don’t like the way it’s structured, I don’t like its continual underperformance and I’m not a fan of the community surrounding it.

But if someone wanted to give me Bitcoin Cash, I’d take it. It’s free money.

This week, someone set up a scavenger hunt in Bakersfield, California, scattering 100 Bitcoin Cash QR Code stickers worth $1,100 total around the streets of the city.

The amusing part about this whole incident is that in five minutes, nobody will have remembered this and it’ll be replaced the next time someone records a raccoon doing a parlour trick.

You can’t even give Bitcoin Cash away and keep people interested.

Fisco, a Japanese cryptocurrency exchange, filed a lawsuit against Binance for their alleged involvement in the launder of $9 million stolen from Zaif hack in 2018. The 33-page claim was filmed in the North District Court of California on Monday, September 14. It’s Fisco’s contention that the hackers shapeshifted the stolen assets and cashed out on Binance because of the platform’s lax approach to KYC (know your customer) policies.

Data from the team at Santiment, a behaviour analytics platform for cryptocurrencies, states that the top 100 Chainlink Whales have been busy accumulated even more LINK tokens in the past three months. The analysis was shared via Twitter offering that the whales had added 18.3 LINK tokens to their bags.

Also, crypto-analyst, Timothy Peterson, has noted that ChainLink has a price trajectory relationship relative to Bitcoin’s, and should the relationship continue, then ChainLink could easily close the year out at $20.

Not bad figuring ChainLink right now is trading at a little over $10.

The rise of the DeFi industry hasn’t gone unnoticed by centralized exchanges. Certain protocols, like SushiSwap and Yearn Finance have fielded massive liquidity migration from traditional cryptocurrency exchanges to DeFi.

But exchanges aren’t exactly taking this one lying down. Binance opened their Binance Pool, and Crypto.com has come out with a DeFi Swap Service.

Here are three ways that users can contribute to liquidity pools:

And now for something completely different.

I have to admit—that sounds dumb. The game is probably slow, with each action requiring a block to close and therefore scaling issues abound. But—you could make money just by playing.

I’ve certainly played worse games and NOT gotten paid for them.