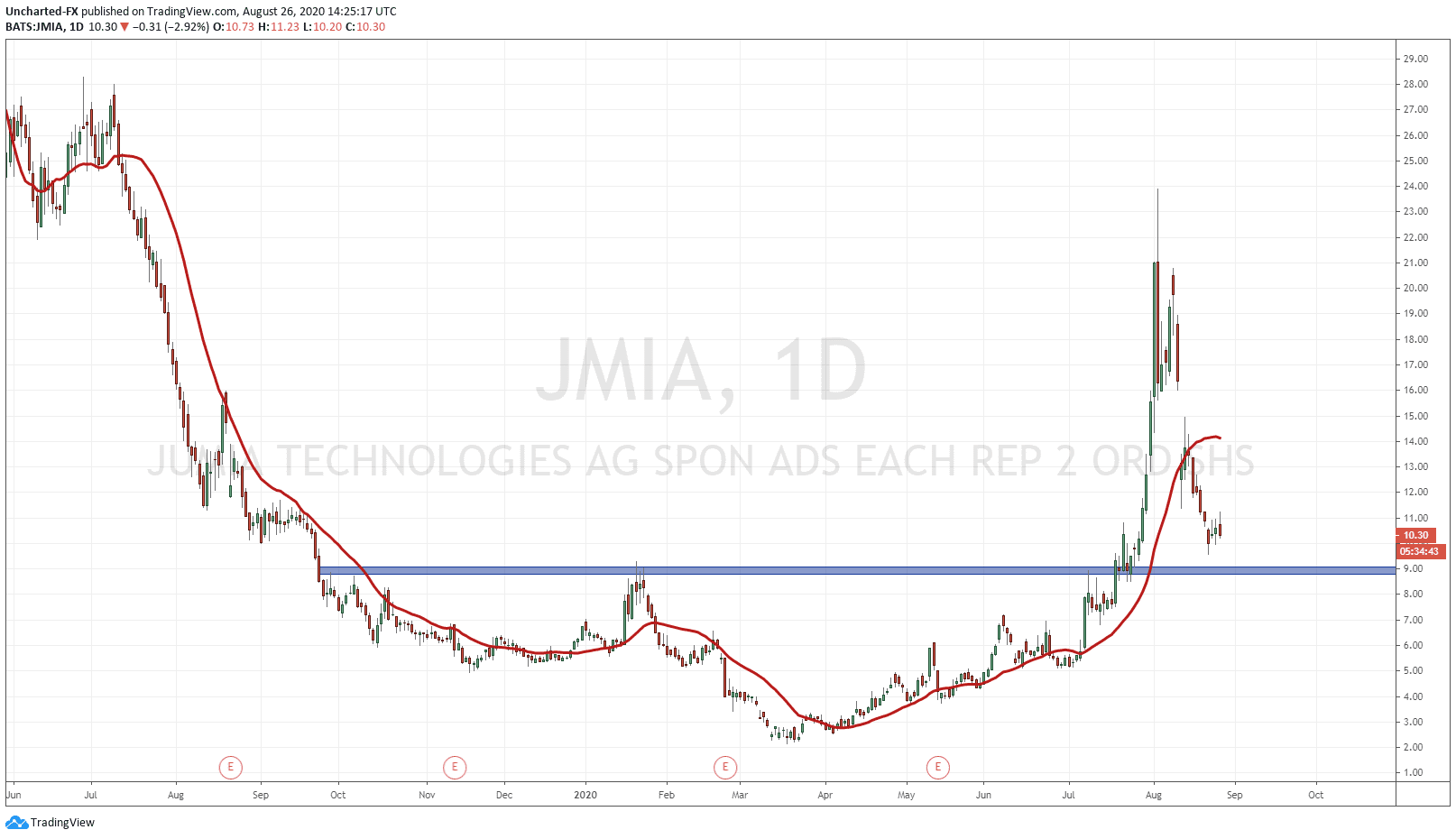 All eyes are on Jerome Powell and his “profound statement” when he takes the stage tomorrow at Jackson Hole. I expect price action in equities to be similar like the day or days leading up to a FOMC minutes or Fed Interest Rate Decision. Equities will likely be in a holding pattern today. With this said, I would be careful to force any moves today. A lot of big money will just wait until after the Powell speech to get into positions. Just a reminder, we can predict what Powell will likely say, but we cannot predict how markets will react. As we have seen with companies delivering great earnings and initiating dividends only to be down more than 5% on the news. This is a type of situation where the news had already been priced in, hence the sell off. If you have read my thoughts on the Dollar earlier this week, I have a suspicion the fall in the Dollar could have been pricing all of the Fed’s actions…and would not be surprised to see a move higher in the Dollar after the news.

Knowing this, as a trader I would not be initiating positions today that rely on a breakout. It is very likely the momentum will not carry forward due to the high risk event tomorrow. What I would be looking at would be prices that are near major support/flip zones which could see a reaction or be tested if markets make a volatile move tomorrow.

Enter the chart of Jumia Technologies (JMIA). Jumia is an African tech company which creates a marketplace for goods and services. Some of their achievements include:
1.2 Billion consumers and 17 millions SMEs to serve across Africa.

1 transaction or lead every 2 seconds.

81 thousand active sellers on the platform.

Over 29 millions products, hotels, restaurants, and other services listed.

Some highlights from their Q2 earnings released were:

Gross profit after Fulfillment expense reached a record €6.0 million, compared to a loss of €0.7 million in the second quarter of 2019.

Jumia was a stock we were following on our trading Discord channel prior to the breakout on July 20th, 2020. We love this pattern. A long downtrend which then begins to range/consolidate, creating a stretched head and shoulders pattern before the breakout! After the breakout, the stock pulled back to retest, before making new higher highs on July 29th, which would have been a second opportunity for entry. The stock did not look back and rallied all the way up to 23.90 before selling off.

We are returning back to the major support zone of 8.80, and I would want to see how the market reacts. This is a possibility of a support entry. Our risk vs reward will be great, as I suggest placing a stop below 8.55. The upside potential can even take out previous recent highs at 23.90.

Now what I would do is await for some sort of confirmation that buyers are indeed stepping in at support. Ideally, we would want to see a daily candle close giving us a large wick close to that support, or a large green engulfing candle if we move all the way down to retest that support to the touch. This could play out tomorrow on the volatility from Powell’s speech. Perhaps we see an initial equity sell off before being bid up. This would give us the wick scenario on a recovery. With a continuing stock market rally, we will see breakouts carry momentum, but also support plays bounce aggressively.