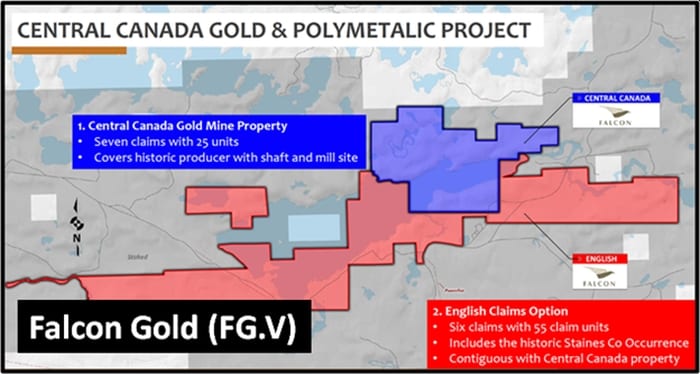 Harris is a former prosecutor, D.A and current Senator.

Unlike Hilary Clinton – who always seemed to be squirming – she is comfortable in front of cameras.

Is a Biden-Harris Presidency good for gold?

That’s like asking if confetti is good for weather.

Neither Trump nor Biden nor Harris will have any significant effect on the price of gold.

The forces pushing gold higher are bigger than them.

Gold is priced in U.S. dollars.

When the U.S. dollar weakens – gold goes up.

Historically, when the spot price of gold goes up, junior miners and explorers explode to the upside. 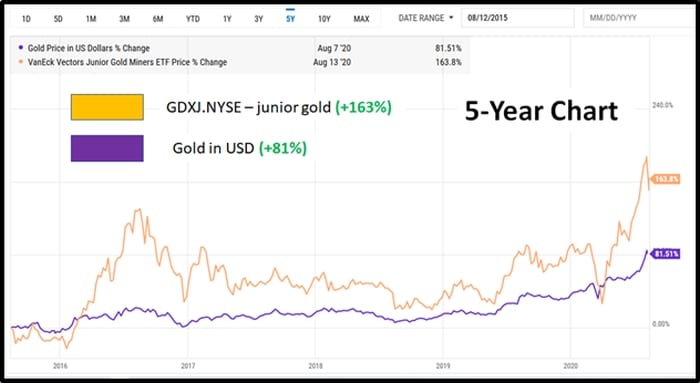 “Little Falcon Gold (FG.V), that only recently boasted the sort of market cap that would have bought you a 3 bedroom in Red Deer, announced Thursday it is enjoying such success it has now tripled its land holding in the Antikokan gold camp,” writes Equity Guru’s Chris Parry.

“Falcon Gold has acquired an additional 7,477 hectares of mineral claims, consisting of 369 units, in the rapidly developing Atikokan gold camp, growing the company’s land position to 10,392 hectares and a new project total of 507 units”.

“That’s a big chunk of land,” continued Parry, “and brings them right up alongside Agnico Eagle Mines (AEM.T) property”.

“Falcon received fire assay results and certain check assays for its 2nd diamond drill hole,” reports Falcon on August 13, 2020, “This hole and the previously announced CC20-01 were drilled east of the historic mine shaft with the second hole confirming the high-grade mine trend for approximately 75 meters of strike to west-southwest.”

“In addition, this second hole, CC20-02, is the first of the seven holes completed for the 2020 summer program to report visible gold within a mineralized intersection”.

Falcon reports that the “nugget-affect” can “cause difficulties for assayers to accurately determine the grade of mineralization, and that the “assays and check assays that have varied by as much as 320%.”

Two of the variable gold grades are included in the table of results, below. The initial assays and the check assays were conducted independently at different laboratories, each of which is an accredited assayer.

“These commanding results from the Central Canada mine’s main trend have given our company another boost in confidence,” stated Falcon’s CEO, Karim Rayani, “The mine’s historical gold zone was reported to be a narrow, high-grade quartz vein and our first two drill holes support the historical reports.”

Rayani’s geological team believes that “the zones are contained within gold mineralized halos that may be several meters thick”.

These high-grade veins and attendant gold-mineralized halos give us a previously unidentified exploration target with much greater economic potential. – Rayani 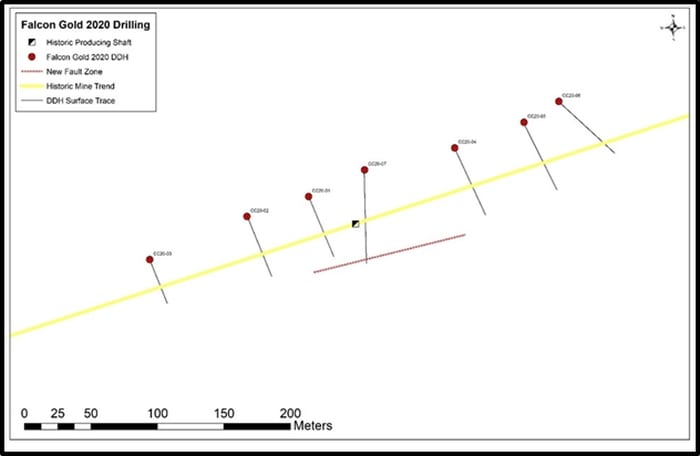 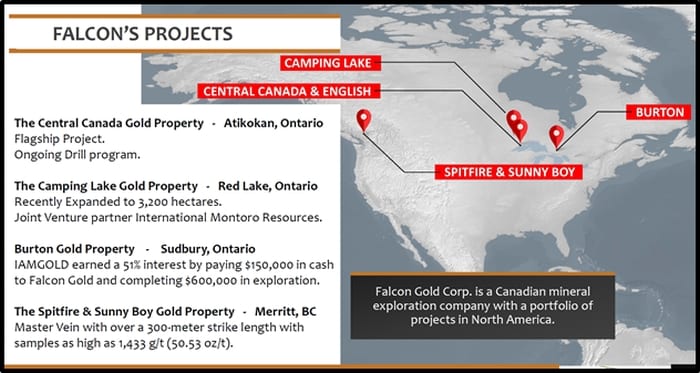 “Real Clear Politics” reports that Biden has a 7 point lead over Trump (Biden’s lead is shrinking).

“Last summer, Harris released a plan for an expanded version of Medicare that would involve taxing stock trades at 0.2%, bond trades at 0.1%, and derivative transactions at 0.002%.” reports Business Insider.

Things are changing, because the U.S. is now completely, utterly, stone cold broke.

“As I said a decade ago, the day would come that the Fed would be the buyer of US government debt of last resort and ultimately, the only buyer,” states Frank Guistra.

“I predict the Fed balance sheet will be $10 trillion by year end,” continue Guistra, “The Fed will never, ever be able to normalize interest rates and will never unwind its bloated balance sheet. That is a mathematical certainty. While I thought we might have crossed the event horizon, with respect to monetary policy after 2008, we are now squarely in the centre of a black hole.”

Gold had a heart-stopping correction this week, falling $100 from USD $2,060 to $1,960 – but the forces pushing it higher appear to be getting stronger.

History suggests that aggressive little explorers like Falcon Gold will benefit from these historical wind storms.