In the old days, the days when people were allowed to mingle and the threat of pandemic death didn’t loom over us all, making a big budget movie involved hundreds of crew, millions spent on set and props and costumes, and years spent putting the end result together with the help of video effects teams and animators and sound designers and…

Covid effectively closed Hollywood down, as well as the regional sub-Hollywoods located across North America.

But if you thought the studios were going to just stop creating, guess again. Industrial Light and Magic recently figured out while making The Mandalorian, rather than making things in an analog way, then digitizing the footage to add effects later, they could use video game engines to create background on the fly, that would be included in the shot.

Using an LED background wall allows the background to move with the camera, as well as ensure the crew can see where the actor is in relation to the background – an option not available in green screen.

In essence, Hollywood has caught up to my daughter and her friends, who use Minecraft to make their own short films, starring in-game characters voiced by themselves, and Grand Theft Auto roleplayers, making stories on the fly for a growing streaming audience.

In Vancouver, the virtual studio movement is hitting a peak, with a local facility currently being constructed by Versatile Media. They’re taking things a step further than ILM however, by using virtual reality to allow a director of photography to walk through a world rendered on the fly, which the director can change at will and on the go, rather than having to wait for three months for a post production worker to read their notes.

While it might seem that being able to shoot a film with 40 people instead of 400 would be the end of the film industry, the cost savings, time savings, and the ability to put out a superior product, will mean far more productions will be viable going forward – not to mention the potential for ramping up animation, or even applying this technology to live theater going forward.

Though there are no shortage of groups that like to say they do virtual production, what with it being the new way film will be made going forward, few have the ability to put together the technical side of things beyond a big screen and a few neglected computers to render with.

The Versatile team are going extra large, and with plans to put multiple facilities together in North America going forward. The expectation is they’ll have their Vancouver studio completed shortly, assuming they can get the technology side working quickly.

No biggie – you’re just combining multiple effects and editing technologies with on-the-fly camera movements, on-site effects teams working in real time, and a server farm heavy enough to be able to generate worlds on the fly, with off-site server storage thrown in.

But once that’s completed, the temporarily paused Hollywood movie system might just see Covid-light Vancouver as a place to move to – stat.

FULL DISCLOSURE: Versatile is a private company and has no commercial relationship to Equity.Guru 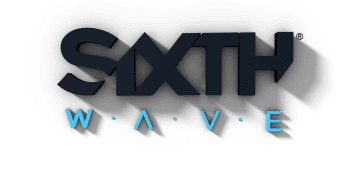