Internet of Things (ITT.V) started working with the engineering team at Makel Engineering on the testing procedures required for the launch of their fever-detection system, ThermalPass, later on this month.

ThermalPass is IIT’s human body temperature detector, which scans humans from a distance to help slow the spread of COVID-19 and other contagions that express with fever-like symptoms. The specifics of ThermalPass are that it takes 400 temperature readings a second, detecting body temperature with an accuracy of +/- 0.2 degree C, which makes it one of the most accurate fever detection devices on the market.

“Engaging Makel Engineering for our final stage of QA and QC, will ensure the ThermalPass system functions flawlessly as we enter widespread sales and marketing. We value the trust our customers are placing in us and on that basis, we requested of Makel the most intense and strenuous pressure testing they deemed suitable for this system. Makel’s stamp of approval will be a distinguished endorsement of ThermalPass’ successful evolution of product innovation,” said Michael Lende, president and CEO of Internet of Things.

What is Makel Engineering

Makel is a California-based research and development firm formed in 1995 that specializes in developing intelligent sensors and chemical conversion systems for a number of different industries. The company regularly helps NASA and commercial launch companies with their engineering support needs. Including the life support system for the International Space Station and propellant leak detection systems for monitoring hydrogen levels.

Alongside the Makel integrity assurance process, and because of the overwhelming demand, ITT’s subsidiary AI Labs, along with their joint venture partner Commersive Solutions, has commenced accepting conditional orders for their ThermalPass units from their first production run.

We’ve written about this before, but it’s worth restating.

This device is only marginally efficient at detecting COVID-19. The coronavirus has a ten day incubation period where the body tries to figure out how to fight it—since it has never seen anything like it before—and during that time, the person is walking around infecting everyone’s grandmother, completely unaware that they have the disease. It takes ten days for the fever to spike the patient’s body temperature to the point where ThermalPass can detect it.

But that’s not to say that this device doesn’t have value.

The company has been discussing where their product is going to be deployed. So far they’ve chatted with universities, business parks, hospitals, government buildings, hotels, arenas and theme parks. Anywhere where there’s a high-traffic location where people in full motion are screened without any effect on their pace. No checkpoints or guards. No intrusive pat-downs or physical contact at all. No guards. At least not right away. The system triggers an audio and visual signal when the temperature threshold has been crossed, and facility staff respond.

Imagine going to a concert and the guy behind you in line gets singled out and politely asked to leave because he’s sick. But he’s not just got the sniffles—he’s obviously ill, with a clearly elevated body temperature—but he’s for whatever reason choosing to do the irresponsible thing and not stay home. Now security guards can politely stroll up to him, present him with evidence of his illness, and politely ask him to leave, thus helping curtail the spread of various diseases like the standard influenza virus. Which we should also point out will kill your grandmother just as dead as COVID-19.

This isn’t about security or surveillance (although what happens with this technology post-COVID could be a concern) it’s about beating this disease and getting on with our lives. 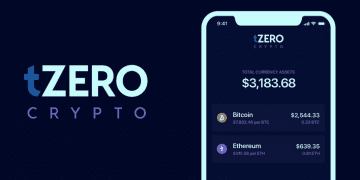 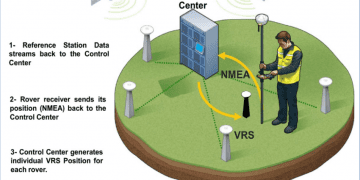 Trimble (TRMB.Q) expands their VRS network to over one million square miles 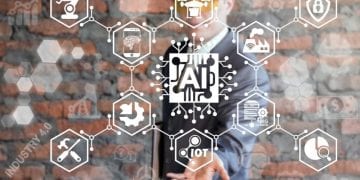