In case you’re not entirely down on the differences between cannabinoids—cannabigerol is unpopular parent of both CBD and THC. To be a bit more specific, it’s the non-acidic form of canabigerolic acid, which is the parent molecule from which other cannabinoids come.

Even though the scientific jury is still out on whether or not CBG, CBD and other cannabinoids have any definitive effects on the body, it is both believed and the subject of various ongoing trials that they possess a great amount of potential medicinal uses.

A few examples include: CBG is believed to work as an anti-inflammatory, also helping fighting pain and nausea, and also works to slow the proliferation of cancer cells. Research has demonstrated that CBG is instrumental in reducing intraocular eye pressure caused by glaucoma, and strains high in CBG have also proven beneficial in treating conditions like inflammatory bowel disease, Crohn’s disease and certain types of cancer. This list isn’t exhaustive.

“This is a significant milestone for Willow and is a result of 16 months of hard work and scientific breakthroughs from our science team. We will be the first company to biosynthetically produce material amounts of cannabinoids when our samples of CBG are ready in Q3 of this year. This pilot is ahead of schedule in part due to our industry-leading science team, but also due to strong demand from major global consumer packaged goods entities. In our discussions with companies manufacturing consumer products with cannabinoids as ingredients, it is clear that there is significant demand for ultra-pure, pharmaceutical grade cannabinoids,” said Trevor Peters, Willow’s chief executive officer.

The notion of this particular pilot run came about in collaboration with Albany Molecular Research (AMRI), and together they stated last month that they would be starting this 500-litre pilot run to produce samples of CBG by Q3, 2020. The actual process started Monday with a proprietary yeast strain, and the finished product has already drawn the positive attention of multiple companies looking for ultra-pure cannabinoids.

Like CBD, CBG is a non-psychoactive cannabinoid and prior research has suggested that it possesses a range of bioactive properties in the body, including anti-microbial and antioxidant functions. After chats with interested parties from the nutraceutical, personal care, and food and beverage industries, the company believes that CBG has some strong potential to as medically useful as CBD. When that happens, it’ll make it easier for other cannabinoids to find their way onto shelves primarily because of the differences of how they function in the body, and what part they can play in certain product formulations.

“To a very large degree we will look upon this time as a watershed moment for our industry. We will finally be able to pivot to a variety of cannabinoid choices that best match our customers’ needs. Through our manufacturing methods we can achieve these solutions, and continue to assure our customers of category-altering purity, quality and safety,” said Dr. Chris Savile, Willow’s chief operating officer.

The problem is in producing the chemical at scale. CBG can’t actually be produced in large quantities in the plant, and that’s where Willow’s proprietary yeast product process comes in. The company anticipates being able to commercialize CBG within the first half of 2021, and it’s busy selecting manufacturing locations, from which it can springboard off to both local and international markets. 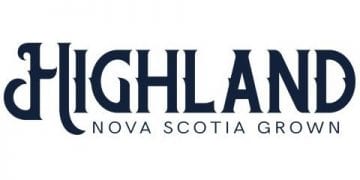