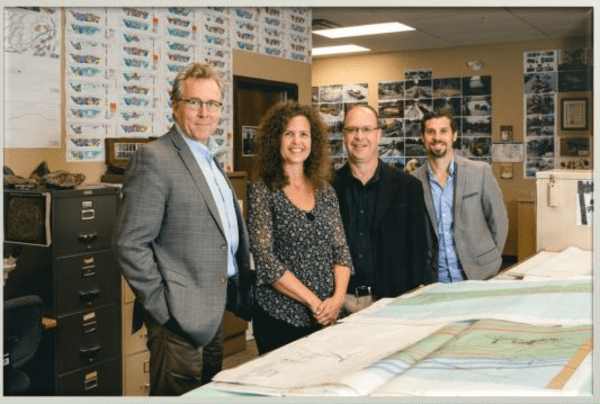 Here’s the thing… every day that a gold miner digs ore out of the ground—every day the company is in business—they reduce their metal inventory.

For companies that produce millions of ounces of gold annually, adding to reserves—replacing these ounces—requires a steady stream of new discoveries.

What investors new to this arena may not realize is that a brutal bear market, one that gripped this sector for the better part of nine years, preceded this current rally. During the bear market years, many producing companies were forced to slash their exploration budgets.

Whether it’s a Senior, a Mid, or a Small Producer, the key to long-term survival is a robust pipeline of development projects and new discoveries.

If a company is unable to grow this project pipeline organically, through exploration, it needs to change tactics. It needs to take on the role of acquirer, predator.

This sets up an interesting dynamic, particularly for those smaller companies sitting on large, potentially economic deposits. Companies holding such assets in politically stable mining jurisdictions have targets on their backs. But they are in a unique position to create substantial value for shareholders.

Cartier Resources (ECR.V) is likely in the crosshairs of multiple resource-starved producers.

When I first discovered Cartier, it had everything I was looking for in an advanced stage development company: a growing resource base consisting of high-quality ounces, a top-shelf mining jurisdiction populated with mills in need of feed, a seasoned team with a solid track record of creating shareholder value, and a project portfolio that offered opportunity well beyond its current flagship asset. 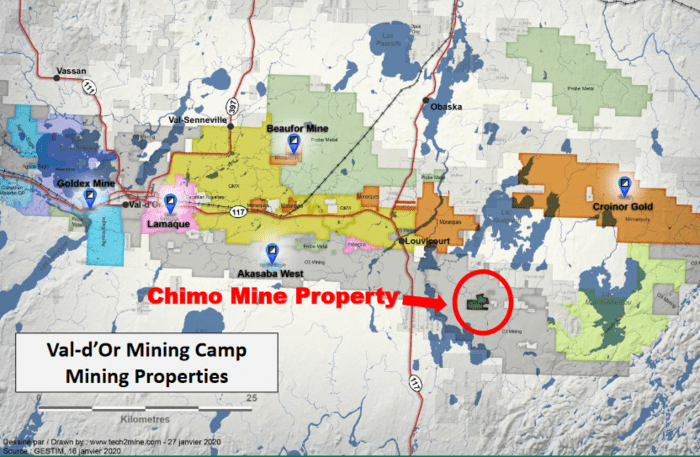 Cartier’s wholly owned flagship asset—the Chimo Mine Project—is a past producer of some 379K ounces of gold located in the heart of the prolific Val-d’Or Mining Camp.

This ‘past producer’ dynamic has served up heaps of historical data—metallurgical reports, production reports, rock mechanics and characteristics—all of which add value. The better the understanding of a deposit’s subsurface layers, the greater the appeal to a resource-hungry predator.

This is a well established mining jurisdiction…

… one steeped in the culture of mining.

At the project level, “The mining infrastructure consists of a network of drifts over 7 kilometers, distributed over 19 levels and connected by a 5.5 meter x 1.8 meter 3 compartment shaft for a depth of 920 meters. The headframe and the surface installations were dismantled in 2008 but the 25 kV power line and the sandpit are still in place.”

Total gold resources at Chimo’s Central, North and South Corridors are as follows: 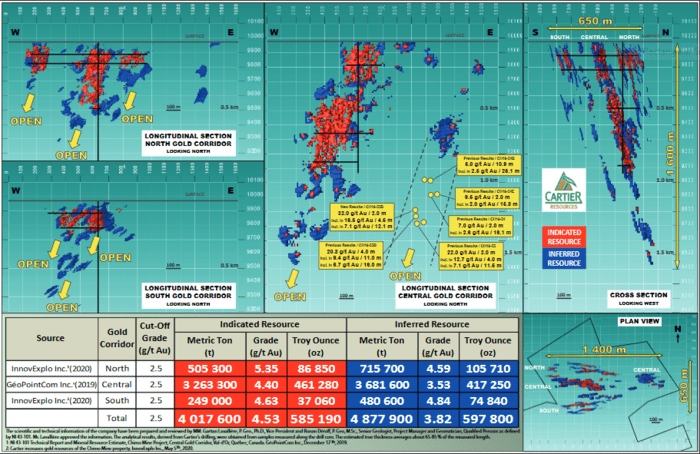 But this is only the 2nd of three resource estimates. The company is blocking out additional ounces at Chimo as it continues to encounter significant high-grade mineralization at depth. Assays from this underground drilling campaign—10,000 meters focused on the 5B4-5M4-5NE and 5CE Gold Zones—will continue to flow as soon as their recently announced (upsized) PP closes.

This is a technically gifted crew. To augment the ounce-count and boost the value of the resource, they’re pulling out all the stops—internal engineering studies and industrial sorting tests are in progress to assess the potential for lower operating costs (OPEX) while increasing gold ounce recuperation.

According to an assay related headline tabled on May 28—Cartier Cuts 16.5 g/t Au over 4.5 m at Chimo Mine 500 m below the New Zones 5B4-5M4-5NE — the first internal engineering study was completed with positive conclusions.

This disciplined technical approach is tying a nice bow on the deposit, for those resource-hungry producers scouring the sector for potential acquisitions.

An updated resource estimate is now in the works and is expected to drop in Q4 of 2020.

If you examine the slide below from Cartier’s i-deck, you’ll see a target of 1.7M ounces for this next update. This is a conservative number, I believe. We could see something more in the neighborhood of 2M ounces. 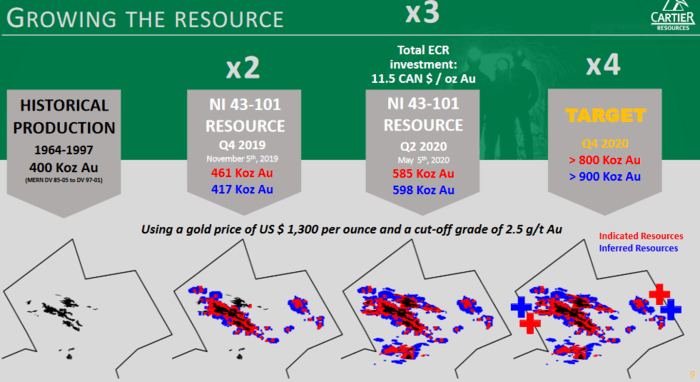 By examining this next slide, you’ll note the current going rate for resource ounces… 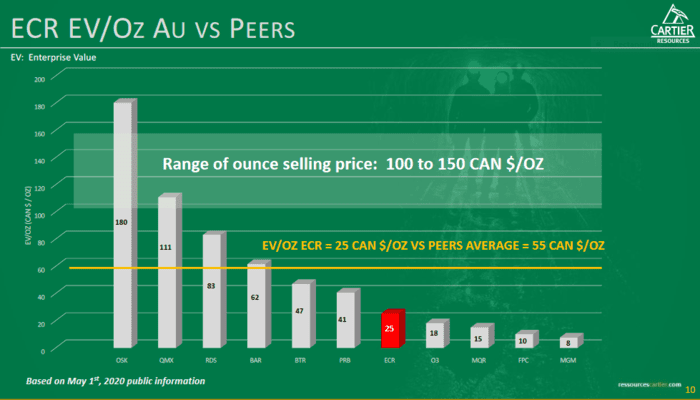 Chimo’s ounces-in-the-ground should fetch somewhere between $100 and $150 per oz (these figures were pulled from a recent interview involving the CFO of Agnico Eagle).

Calculating conservatively, using 1.7M ounces as the ultimate resource and $100 as the ultimate price point (1.7M ounces x $100 per oz) we get a $170M valuation for Chimo—the resource, not the company. This number is materially higher than Cartier’s current $54M valuation, based on its 192.81 million shares and recent $0.28 close.

If you plug in slightly more optimistic (realistic) inputs, the dollars start piling up big time. If we consider the potential for a 2M ounce resource and apply a $150 transaction price (2M ounces x $150 per oz) we get a valuation of $300M. Based on the current stock price, I believe this scenario would qualify as an out-of-the-park homerun.

For those who will push and argue the Efficient Market Hypothesis (EMH), that such lofty valuations are unlikely, I’d argue right back the EMH does NOT apply to the junior exploration arena. That’s the beauty of this sector—there are many anomalies for those who know how to dig (scuse the puns).

Regarding the company’s next steps

In chatting with CEO Philippe Cloutier recently, he stated that the heavy lifting at Chimo is now done.

A new resource update will drop in the coming months with multiple engineering studies backstopping the numbers. This could lead to a monetization event, one that will reward current shareholders.

This new dynamic, this freeing up of time, not to mention the additional $8.5M in the till, has opened the door to the next project in line… 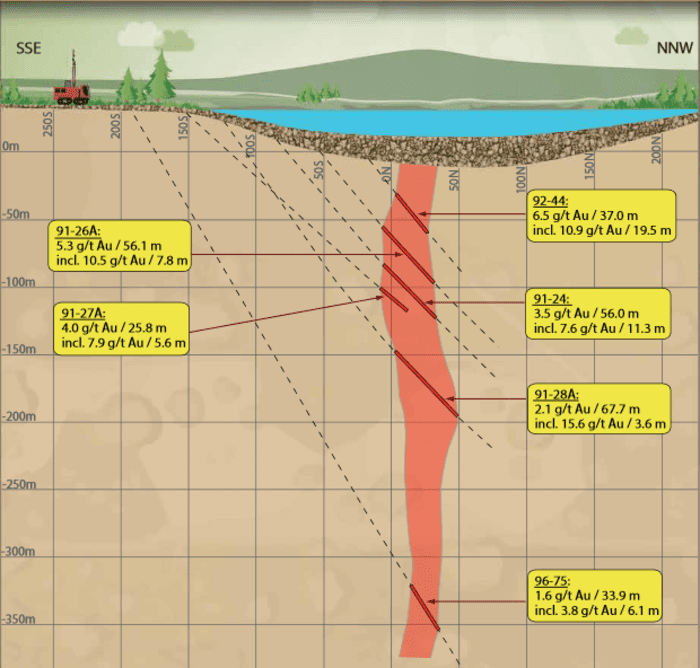 The company is teeing up the Benoist Project for an aggressive push along the development curve.

Benoist has a historic resource of some 100k ounces of gold. An upcoming drill program will probe the depth extensions of this deposit. Deep seated geophysical anomalies around the existing deposit will also be tested with the drill bit. 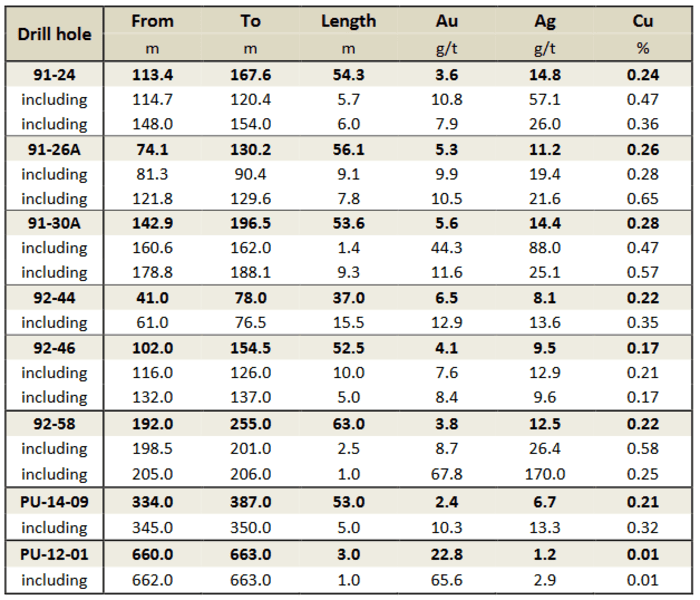 As the geophysics suggest, Benoist’s real potential may lie at depth.

Note that it will take a couple of months to lay the groundwork for the aggressive campaign Cartier envisions, but clearly, Benoist is now in management’s crosshairs.

Here’s the opportunity as I see it: We’re in a gold bull market and Cartier is offering investors exposure to a large, growing resource base consisting high-quality ounces in a top-shelf mining jurisdiction. Producing companies looking to bulk up their gold inventory, and that includes nearly every producer in the Val-d’Or region, are likely following developments at Chimo closely.

Cartier has made it abundantly clear that they are looking to monetize this asset, an event that has the potential to reward shareholders with a payday. And of course, these ounce won’t go cheap (author’s humble opinion).

A third resource estimate, along with the ongoing engineering studies, will ultimately define what these ounces in the ground are worth.

Expect strong newsflow out of this Val-d’Or explorer-developer over the balance of the year.