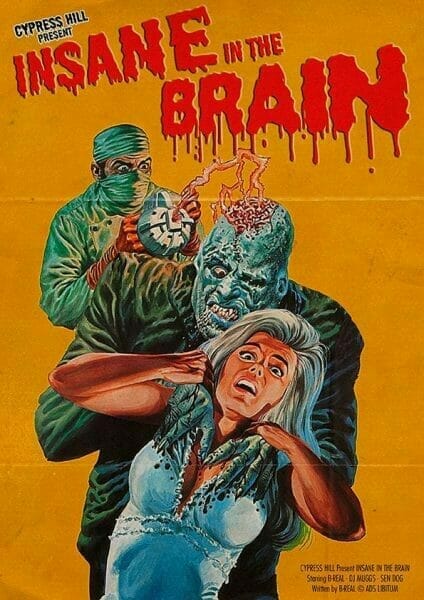 Let’s be real here for a moment.

Celebrity endorsements are such a mixed bag for both the performer and the company that it’s any wonder why they do it.

You want examples? Here are a few from cannabis, which mostly uses celebrity endorsement as a way to circumvent Canada’s draconian marketing laws.

Canopy Growth (WEED.T) tapped Snoop Dogg (or Snoop Lion—or whatever he’s calling himself now) to be the face of their Leafs by Snoop brand. This led to an IP lawsuit where the Toronto Maple Leafs went all WTF on Snoop’s appropriation of their maple leaf image. We all know what happened to Canopy, and while their implosion has little to do with their marketing and everything to do with the choices of their former CEO, Bruce Linton, it’s still enough to note that Snoop’s name hasn’t helped them at all. 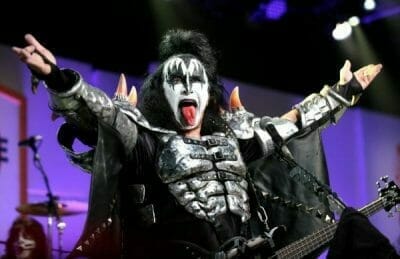 Who said being a bass player gets you nowhere? / Photo by Joe Scarnici/Getty Images for Race To Erase MS)

Then there’s Invictus MD Strategies (GENE.E), which went so far as to change their ticker to GENE when they brought on KISS bassist and known cannabis opponent Gene Simmons as their ‘chief evangelist officer.’ He stuck around for a bit after collecting a healthy amount of shares for showing up on camera saying moderately pleasant things about the company, and then exited stage left when the company’s shortcomings made it turn the corner sharply, and smash into a wall. Now they’ve been halted since February, and Gene Simmons (net worth: $400 million) has gone back to his daily routine of swimming in his Ducktales-like bin of money with his wife, 1990’s era soft-core porn queen turned reality TV star Shannon Tweed.

That brings us to today. The company? Leaf Mobile (LEAF.V). The celebrity? B Real.

If you weren’t listening to hip hop in the 90’s you’re probably wondering what the fuck I’m getting on about right now.

Granted, Snoop is also from the 90’s, but B Real’s profile doesn’t include a strange on-again off-again relationship with matronly ex-con Martha Stewart, or guest-spots on EA Sports NHL 2020 and other weird shit. He’s been… well… keeping it real since his days with Cypress Hill in the 90’s. (My preference is actually for his work in Prophets of Rage with former Public Enemy front-man Chuck D and three of four members of Rage Against the Machine, but I digress) You’d be hard pressed to find someone from my graduating class that didn’t have fond memories of skipping school, getting high in our friends basement (complete with bong water smell) and listening to Insane in the Brain.

This song, incidentally, is what I’m talking about: 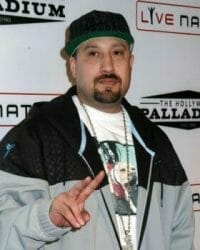 Now B Real, real name Louis Freese, has come full circle and gotten himself attached to a mobile gaming company.

Leaf Mobile penned a five-year worldwide exclusive partnership with B Real. But it’s not even for weed. Instead it’s for a mobile game, which you can play on your phone at 3 a.m., presumably while stoned out of your gourd and blasting Cypress Hill for nostalgia value. The game will include his likeness, voice, music and creative influences. It’s going to play off of his success with the Breal website, YouTube presence, including the Dr. Greenthumb podcast, The Smoke Box and Mediation, as well as co-hosting Vice TV’s series, Bong Appetit.

“Throughout my years in the entertainment industry, I have always been open to new and creative ways to connect with the world. Going digital and bringing Dr. Greenthumb brand to the cyberuniverse gives us a new platform with infinite possibilities to build on, and I am excited to take the journey,” said B Real

If you’re confused as to why one of the faces of 90’s weed culture isn’t pawning off a weed brand like Snoop, or Wiz Khalifa and his Khalifa Kush for Supreme Cannabis (FIRE.T), you’re not the only one. But maybe he’s onto something. Note the personalities above and the fate of the companies to which they’re attached—maybe a video game wouldn’t be such a bad choice.

But B Real? He hasn’t been relevant since the 90’s and for everyone who didn’t get high when they should have been in math class he was just the guy with the voice from that Cypress Hill song. Apparently, though, some people disagree.

“We are tremendously excited to welcome B Real, multiplatinum, Grammy award-nominated rapper, businessman, cannabis advocate and social media star to the Leaf Mobile family. His career and impact on counterculture is legendary as he continues to be a leading voice through his social media and digital platforms. He is an incredible addition to our Green Games universe, with over 1.2 million followers on Instagram, over 250,000 followers on Twitter, and 700,000 subscribers to his YouTube channel, Brealtv. Cypress Hill’s lifetime album sales have eclipsed 20 million and B Real has an enormous and loyal audience that have supported his brand and content for decades. We are extremely excited to show B Real’s fans and followers our mobile game. This partnership significantly expands Leaf’s audience and places Leaf Mobile in a position to build on the significant growth we have experienced thus far in 2020. We look forward to a long successful partnership.”

Alright.  I’ll admit to some curiosity.

The game is slated for worldwide release in the first half of 2021, and Leaf Mobile will offer more details about the game’s development and B Real’s involvement later. The as-yet unnamed title will be available worldwide on the Apple App Store and Google Play Store.