If there’s one thing we’ve always said about how we do business at Equity.Guru, it’s that our clients don’t buy our favour, they merely buy our attention, and that if they miss on their promises, we want to be the ones who say so.

AMPD Technologies (AMPD.C) isn’t a client, but it may as well be, because we marshaled it to the public markets, told people about it well before it was something they could buy into, and said repeatedly, ‘this is going to be a clean deal done right.’

It wasn’t. A broker attached to the early financing broke ranks early, amid a roaring stock rise, and began selling large chunks of stock while also shorting it, and while quietly suggesting the company might want to do a cheap financing if it wanted all of that downward pressure to go away. That’s how a $0.70 stock fell to $0.15, and it’s why I said, months ago, ‘yes it’s cheap, but don’t buy it.’

I own a lot of stock in the company, bought trying to fight off that short attack but held to this day because I know the people behind the company, trust them, and think they could pull off a genuine example of microcap wealth creation and innovation if given the chance that broker took from them. If it fell to $0.05, I’m not selling. My exit goal is a 100x return.

Despite that goal, I haven’t been telling people to buy AMPD recently, even though it would benefit me personally – because the current situation has question marks. AMPD is cash light, though its quarterly expenses are minimal. It’s got a thick deal pipeline, but it’s short on actual closed deals, which one can only blame so much on the pandemic. It’s had news, but not game changing news yet. And it’s in a hot sector that touches a few other hot sectors – e-sports, hosting, VR/AR – that are showing stock rises if not always profits just yet, but it’s not seeing those same rises.

AMPD’s stock has been largely flat for some time, and illiquid. It’s not dropping any further, but nobody is acquiring in large numbers either. We’re in a stand off.

That happens some times. Sometimes companies just need to stop trying to wipe off the blood and let it clot a little. There’s something to be said for not wasting news when sellers are waiting to sell into the news.

What’s irking me this morning, however, is watching the growing rage online by game players at the reveal of the next generation of the Xbox Halo series, and how that title looks like an Xbox 360 game from ten years ago.

This doesn’t happen because the developers couldn’t make it look good. It happens because servers aren’t keeping up.
What’s up $AMPD. https://t.co/hsRyV8s8Ac

History time: A few years back, a video game took the world by storm. Player Unknown’s Battlegrounds, aka PUBG, lit up the market with one of the first ‘battle royale’ games, where folks would be dropped on an island with guns littered all over the place, and be forced closer and closer to each other as the playable area of the island shrunk, with the last man standing the winner. It’s Hunger Games with better weapons.

The problem with this was, PUBG’s parent company wasn’t a large company, and couldn’t keep up with demand from a server perspective.

Games were dropped, frames lost, trees standing between two players firing at each other would fail to render, even as bullets bounced off it. Championship tournaments were impacted. It sucked.

And that was an opportunity for Epic Games, which had put out a ‘player vs zombies’ game called Fortnite. While the first iteration of that game wasn’t a hit with consumers, the developers quickly realized that their lower-res cartoon style was a much smaller demand on servers than the lifelike 3D offerings of PUBG… so they retooled their game to *BE* PUBG, only without the server load.

It quickly became the biggest game on the planet.

Here we are today, and the new Halo looks ass. Rocket League, which Epic now owns, has server problems every day. A FIFA e-sports tournament was delayed four hours recently when the servers wouldn’t fire up. Games such as Sea of Thieves are designed to make the lowering of detail levels look like an artistic ‘cartoon’ choice, when they’re actually a server load strategy.

The recently released Valorant has gone the same way, as Overwatch did before it.

Admittedly, when done well, this can still look good, but it shouldn’t have to. Hamstringing a video game in an age when they can look better than a cinema production, just to avoid the thing slowing down online seems counterintuitive.

The just released Ghost of Tsushima goes the other way, showing the amazing depth that can be achieved when a game isn’t restricted.

In short, Ghost of Tsushima is a playable epic film. It’s astonishing. Glorious. Overwhelming at times.

But Ghost of Tsushima’s big downside is, to be this gorgeous, it can’t be a multiplayer game.

To save costs, video game publishers don’t want to own massive amounts of servers in-house that might not actually be needed if the game doesn’t sell, so instead they go third party. Fewer people play games at 5am than do at 5pm, or 11pm, so having shared server space that they can ramp up or down saves more money still. The downside of this is, the servers begin to suck if anything is actually popular for a minute. If a small indie game producer finds they have a hit on their hands, inevitably the game goes down for a few days while the company panic buys server hosting – or quickly de-fangs the game so it doesn’t need so much bandwidth.

Ghost of Tsushima doesn’t have this problem. Because it doesn’t require a massive server farm to play it, it can sell a ton of copies and be fine. But its lack of multiplayer expandability means it has a 40 hour lifespan for the consumer, rather than the several year lifespan a multiplayer game can have.

This conundrum is massive in gaming, but it’s also the case in video rendering, artificial intelligence, big data mining, AR/VR/MR. Servers and their ability to handle high capacity loads as needed, with tools specific to the needs of the user, with equipment that isn’t designed to handle a thousand corporate clients at once but rather be focused on one specific need: That’s a massive gaping hole that’s waiting for someone to drive into, and that’s AMPD’s game plan.

In short, rather than the current status quo, where a genome research project may have to send its data out to a server farm designed for e-commerce, on a system designed for ease of use across multiple needs rather than the best use for a specific need, AMPD says ‘let’s give you the best space possible for your exact needs, across the street from your company if need be, which is there for you when you want it, and which is designed for use by your people and your preferred tools.’

For Bob’s Cannabis Collective, there’s nothing in AMPD’s offerings. For Cindy with her WordPress blog, AMPD isn’t going to cut it. For them, Amazon has a one size fits all that’ll be okay, and Microsoft will take their money and give them a place to share that might sometimes be slow.

But for a Hollywood-based film production house, AMPD is exactly what they need, and what they’d have to spend a fortune to build themselves.

And for an academic research project, AMPD can save buckets of money and loads of time.

AMPD is doing business – I’ve walked through their Granville Island pilot facility and it’s A+++ top of the line stuff, with their first client, Bardel Entertainment (the animators of Rick and Morty, among many others) barely a block away, enjoying the ability to render video as they go on their own dedicated space, with their own dedicated toolset, and nobody slowing their tasks down (or ending them early) by sharing time.

The frustration is that, despite knowing they can do it (because they have before) and knowing their system is good (because I’ve seen it and the Bardel deal confirms it works as advertised) and knowing there’s a massive need out there for what they do (because PUBG), THE DEALS HAVE NOT BEEN CLOSING.

That’s not to say those deals are being closed with competitors. Any time I’ve talked to AMPD about wanting them to announce something, the answer has been the same – it takes time to bring in a whale, and they’re still reeling those deals in. But, boys, we need one in the bucket.

Investors need to see fish in the boat, not schooling around it.

And until they do, investors need to be watching AMPD from afar, not from their portfolio.

FULL DISCLOSURE: AMPD is not an Equity.Guru marketing client, but that may change at any time, and the author and company own stock. 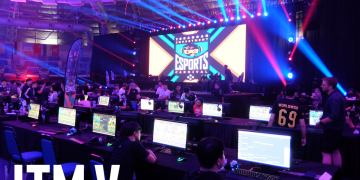 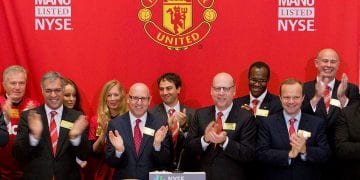