Talking to Isracann (IPOT.C) COO Matt Chatterton Monday afternoon I asked a question I ask pretty much everyone in the cannabis world right now: Considering how the landscape has changed, how the market has evolved, how regulators have tweaked and pivoted rules, and how consumers have developed their preferences… “if you were starting your company today, would you build it the same way you did back then?”

Most execs will say ‘sure‘ while admitting they’ve learned a bunch of things along the way, and changed tracks a few times and will ultimately end with an admission that, ‘I guess technically that’s a no.’

“Things have evolved,” he admits, adding, “but that didn’t mean we faced roadblocks. We found new pathways as rules evolved but out goal hasn’t changed at all, and the tweaks the system forced upon us have allowed us to get there more efficiently and build something better than we envisioned at the start.”

Isracann – wait for it – wants to grow quality pot.

“That may seem unoriginal.” he says, “but Israel is a market in which quality hasn’t been the focus to this point. What we’re building there is not what’s been built previously.”

Turns out this is true. Long a market where you could only legally get medical weed, with the government restricting how much you could be charged to a low monthly ‘all you can eat’ subscription, that system created a race to the bottom for local growers where all that mattered was keeping costs as low as possible.

Lights and temperature control? Forget it.

For a long time it was all about greenhouse glass and quick turnaround times, while the Canadian system in turn put an over-emphasis on mandating a premium product that could be considered medical grade – an added expense local producers are in struggling to overcome today.

Canada hasn’t shifted yet, but Israel has. They decided to kill the price ceiling and embrace an actual market, which has since involved a planned shift towards recreational weed.

Many thought Israel finally relaxing those minimal pricing rules would see consumers annoyed, and maybe even seen them abandoning the Israeli legal market rather than pay top prices. If you’re used to getting it for near-free, after all, would you really be okay with Canadian pricing?

Turns out, people in Israel want good weed, and they want it BAD enough to pay what we do.

So much so that expensive old Canada is being looked at as a supply option while Israel scrambles to scale.

“The challenge for the Israel market is more about scaling their own grows quickly to satisfy local demand,” says Chatterton, “while also taking advantage of the early call coming from Europe, which expects Israel to be able to supply it with quality cannabis through existing export supply chains really soon. Right now, locally, the market will consume anything it can get. Over time, Europe will be a big draw. We’re lean, so we can move with the market as needed, and we’re right now in the sweet spot.”

That sweet spot is currently a 50% stake in a 55k sq ft of greenhouse built out in the final stages of licensing. Covid-19 challenges have dragged that process on, but in-country staff have continued building out the facilities even as a lot of management have been Canada-stranded.

Phase II is 110k sq ft of greenhouse that is currently at the shell stage, but can be quickly completed as needed and as licensing permits. A 2 million sq ft area of private land is available should demand require it, but Isracann isn’t in any rush.

“Our plan is to keep our local grow reasonable and manageable, build growing capacity as is practically needed in the market. We watched a lot of Canadians go crazy with square footage for the sake of square footage, and we’re not interested in that,” says Chatterton. “We’ve never been the guys that hype capacity, because we see the damage that has done to many companies. For us, 50k sq ft is a decent size, because we have 300 days of sun every year. We can get a lot out of that weather system, for a lot less money spent.”

Isracann wants a steady supply for their own local customers, and will tap Canada on the shoulder when and if they need more.

That may prove to be necessary: Isracann has already sold its entire local harvest projections for the coming three years.

“We want to be growing because we can grow for a lot less money in Israel, maybe 1/3 to 1/4 what it would cost in Canada.” says the COO. “We need a consistent supply for our downstream processes, but there’s plenty of Canadian weed we can access as demand shifts, and being a middle man can be a profitable business.”

Currently Israel has 60k medical marijuana users, but based on an Israel government survey done in 2017, 27% of the population admits to using cannabis within the last year – the highest usage rate in the world.

“That means there are somewhere around 2.5 million people still using the product outside of the legal system,” says Chatterton. “Demand isn’t going away.” And with the Israeli government recently announcing its intentions to decriminalize and legalize recreational cannabis use, those 2.5 million users may soon become customers.

Considering the massive local demand, talking about exports to Europe may sound silly, but exports will likely bring a premium price and the Canadian space hasn’t exactly endeared itself to the Europeans over the last few years

“We’re definitely getting more calls from people in Europe and Israel saying, ‘can you source cannabis from Canada?’ I think that’s going to be a bigger part of the business in the long run but, for now, licensing is not straightforward yet for a distribution-only license. You can’t just throw weed on a boat and hope for the best.”

While Isracann waits for its final paperwork, it has contracted other facilities to begin growing seedlings in the expectation its final permission will drop soon.

“We project Q3 for plants in the ground at the facility,” says Isracann.

At the more advanced end of the Israel scene sits IM Cannabis (IMCC.C), which has quietly built a roaring market cap with much the same model; grow Israel weed using Canadian money and expertise, combined with Israel’s agricultural knowledge and pathway to Europe.

Where Isracann is building, IMCC has built, and dropped large supply deals in Europe and Israel.

IM Cannabis Corp.’s German subsidiary, Adjupharm GmbH, has received a definitive purchase commitment of medical cannabis over the next 12 months from Zur Rose Pharma GmbH, an established distributor in Germany. This is the Company’s fourth definitive purchase commitment with a distributor in Germany and advances IMC’s strategy of creating a network of distribution partnerships to maximize penetration of IMC-branded products.

Both Isracann and IM Cannabis have done deals with local license holders to engage in business in the country, and both have had no trouble finding buyers for their entire expected supply.

If your risk tolerance is low, IMCC offers a more developed business model, supply chain, and buyer network and a $200m market cap. For some, the value may have already been had by earlier investors. 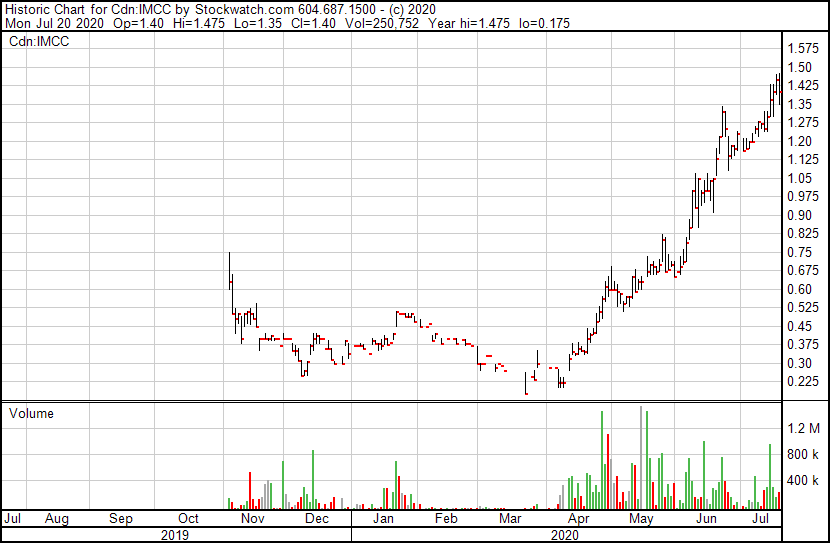 If you like value and don’t mind staking your piece earlier in the show, IPOT sits at a $47m market cap, with a few pieces left to play out. The stock chart is a bit more up and down, but that license looms. Both are up significantly in the last few months. 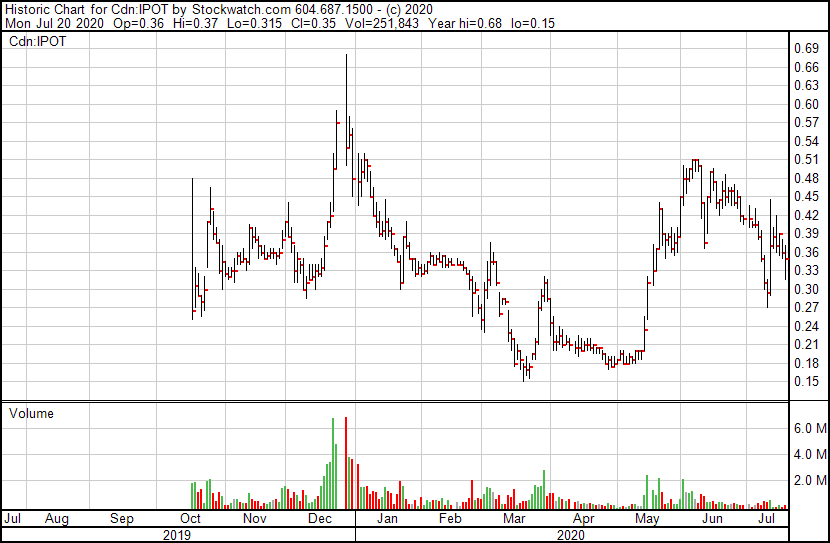 Both are offering a true global reach, a compelling local business opportunity, and have learned the lessons of excess that earlier Canadian plays have taught them. Guaranteed buyers for their entire supply is a nice kicker, especially while the Canadian sector is fighting over capital like seagulls battling for a chip.

FULL DISCLOSURE: Isracann is an Equity.Guru marketing client. The author may buy stock in both companies mentioned in the weeks and months ahead.