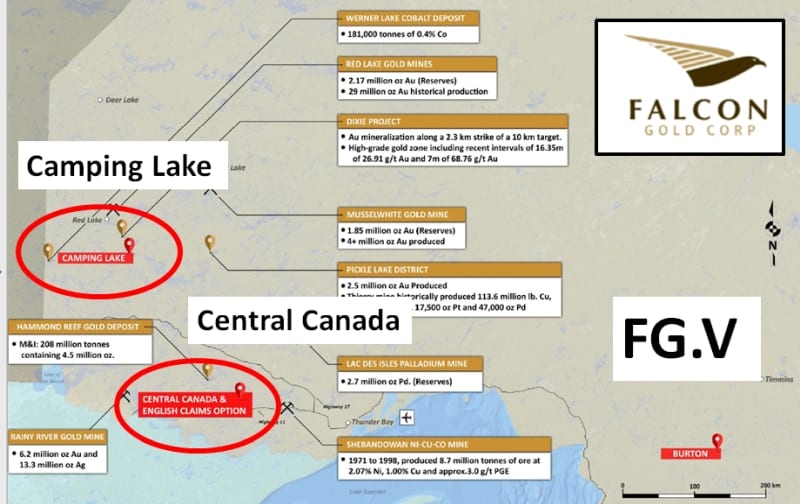 On July 14, 2020 Falcon Gold (FG.V) and Montoro Resources (IMT.V) announced that they have staked an additional 57 mining claims at the Camping Lake Gold Property, in Red Lake Ontario.

The claims are contained within the Birch-Uchi-Confederation Lakes greenstone belt which hosts the world-renowned Red Lake gold deposits, including the Dixie project currently being drilled by Great Bear Resources (GBR.T).

Montoro Resources has an option to earn a 51% interest in the Camping Lake property.

To exercise the option, Montoro has agreed to issue 1,000,000 shares upon exchange approval – and 500,000 shares a year later. Montoro will also assume Falcon Gold’s payments totaling $65,000 over a four-year period.

The Agreement contains a 2% Net Smelter Royalty (NSR) with the original vendor holding 1.5% and Falcon Gold 0.5%. 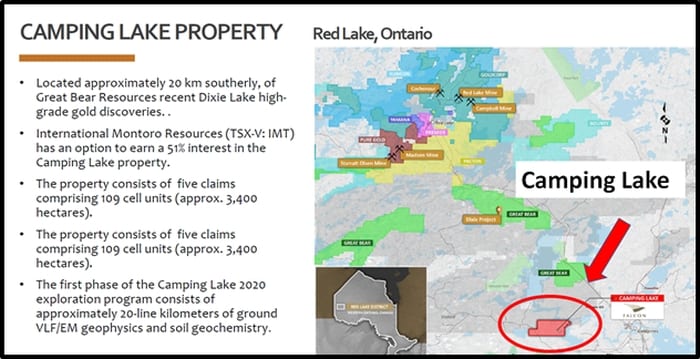 The land package expansion incorporates a major magnetic anomaly which may correlate to these “gold in soil” anomalies.

As the price of gold soars to CAD $2,450/ounce – this area in Ontario has become a hive of gold exploration activity. 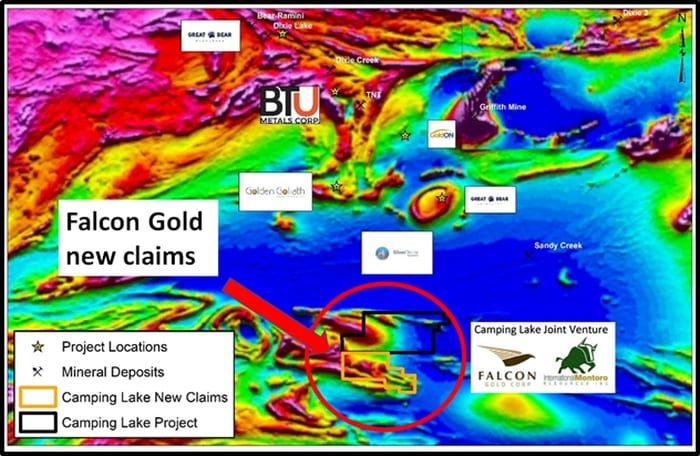 “With limited bedrock exposure due to overburden, exploration companies in the area have successfully implemented the use of soil and glacial till analyses for gold and base metals,” stated Falcon Gold.

On July 7, 2020, Golden Goliath Resources announced a sampling program on its Kwai property and “the discovery of 17 till samples with pristine gold grains indicating a possible ‘close-by’ gold mineralization source”.

The Kwai property is located immediately west of the Camping Lake claims.

Montoro and Falcon will use similar sampling methodology (till sampling and gold grain analysis) to search for gold mineralization along the multiple targets identified by the magnetic data.

Camping Lake is not Falcon Gold’s only iron in the fire. 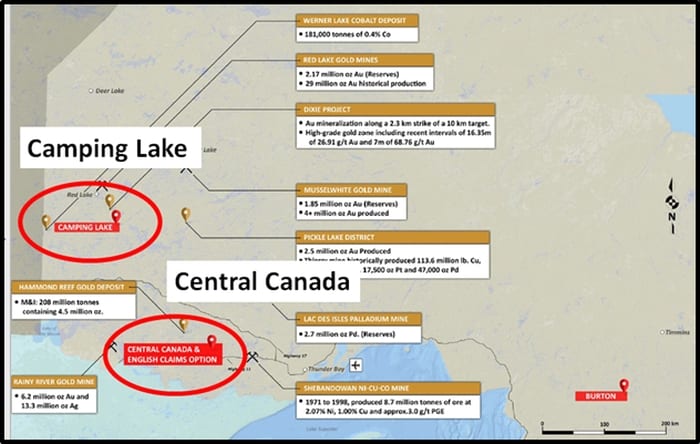 In his June 30, 2020 “Explorer Co Roundup” Greg Nolan reviews the History at the Central Canada Gold Mine:

Earlier in June, Falcon published assay results from its drill program on the Central Canada Gold Project near Atikokan, Ontario.

“Karim Rayani is a deal guy from way back, a non-stop money raiser,” recounts Equity Guru’s Chris Parry, “When he stumbled upon Falcon Gold,” he thought: “why not just take them over and make sure, this time, things are done the right way?”

Current gold ETF inflows are higher than the record-setting central bank net purchases seen in 2018 and 2019, and “could absorb a comparable amount of about 45% of global gold production.”