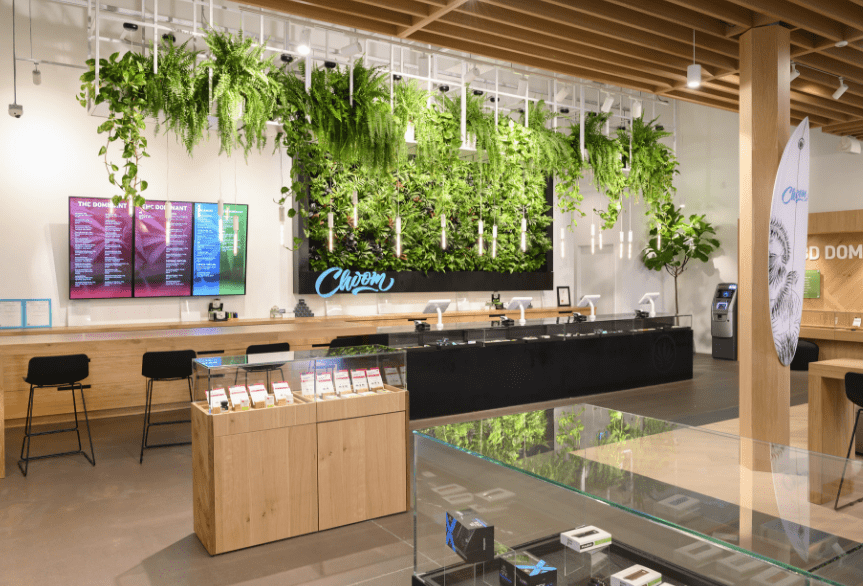 National cannabis retail chain Choom Holdings (CHOO.C) was embarrassed Monday after details of its 27-page appeal to the Vancouver Board of Variance asking that body to overturn a rejected dispensary location were revealed to be forgeries by the Vancouver Sun newspaper.

When Postmedia News contacted the businesses whose names and logos appear on letters supporting Choom’s appeal, some said they were stunned and angry to learn about it. Choom’s application includes a letter bearing the logo and address of the Freshii location at the corner of West Georgia and Bute, which says: “Freshii welcomes more plant based and plant friendly businesses, that seek to improve the quality of life of the neighbourhood inhabitants.”

The letter bears a signature, along with the printed name “Frederico.” When the Sun called the Bute location of the healthy-lunch chain, Freshii district manager Pierrick Tanguy said there has never been a staff member named Frederico at his store or the Bonus Bakery that shares a space there.

What’s stranger and perhaps more confusing is that the letter, beside the name of “Frederico,” appears to bear Tanguy’s signature, he said. Tanguy said he doesn’t know how someone got his signature, but he didn’t write the letter nor another one supposedly from Bonus Bakery bearing the same signature.

The city had told Choom it would be denied permission to operate on the 500 block of Vancouver’s Bute Street, barely a block away from our very own Equity.Guru offices, due to that spot being too close to an existing dispensary, and a community centre. Choom’s response to the rejection will not put that appeal in good stead.

A local resident managed to get their hands on the materials through a freedom of information request.

What stood out in the package were the seven “letters of support” purporting to be from nearby businesses. The letters appeared similar, with no contact information and, in most cases, no one identified by name. Similar peculiar wording was repeated in several.

Coal Harbour Liquor was surprised to learn how enthusiastic it was for a dispensary to open nearby.

When Postmedia sent a copy of the letter to Coal Harbour Liquor, its director of operations, Nicolle Vaupotic, was surprised. She pointed out that the store’s name is not capitalized properly in the letter, the hours listed are wrong, the postal code is wrong, and it’s not on real company letterhead.

“It’s very concerning to me,” said Vaupotic. “It’s bizarre. … I’m kind of dumbfounded by it all.”

It also bears a signature with no name. After reviewing the letter with her staff, Vaupotic said: “That is nobody’s signature.”

This is a bad situation for Choom as it puts them in poor standing with not just the local city authorities, but anyone going forward who is asked to believe the company is as good as it’s word. Before opening any dispensary, a load of local hoops need to be jumped through and professionalism, integrity, and honesty are tantamount to success. Health Canada itself tends to look poorly on misrepresentations such as these – though their recent reinstatement of the license held by CannTrust (TRST.T) after that company actively looked to dupe Health Canada inspectors with fake walls, might indicate asking forgiveness rather than permission is a newly acceptable business strategy.

For his part, Choom CEO Corey Gillon is playing the ‘it wasn’t us, it was a contractor’ strategy.’

“I certainly wouldn’t have a comment at this point to support or negate,” Gillon said. “We wouldn’t condone forgery. That’s somewhat of an accusation, that’s not something we would do to try to achieve preferential treatment in terms of the board of variance or to support our case.”

Gillon said Choom obtained the letters from a third-party contractor, and provided her phone number. When the Sun reached the contractor, she declined to comment.

To be clear, hiring a contractor who forged documents is little defense in a situation like this. As a $26 million company in a heavily regulated field, Choom should be accountable for any document it pushes forward, be it one with their own name on it or, even more so, someone else’s.

Few of the businesses talked to by the Sun’s Dan Fumano indicated they wouldn’t have supported Choom’s application if asked, but having their names and signatures faked means there’s a distinct lack of trust in the company going forward.

Choom has not released a statement outside of their reply to Fumano, and hasn’t deemed the situation material enough to put out their own news release.

I’d suggest the inevitable rejection of their appeal, and a combative stance with the city going forward, might be very material indeed to investors going forward.

FULL DISCLOSURE: Choom was an Equity.Guru client several years ago. We own no position in the company currently.