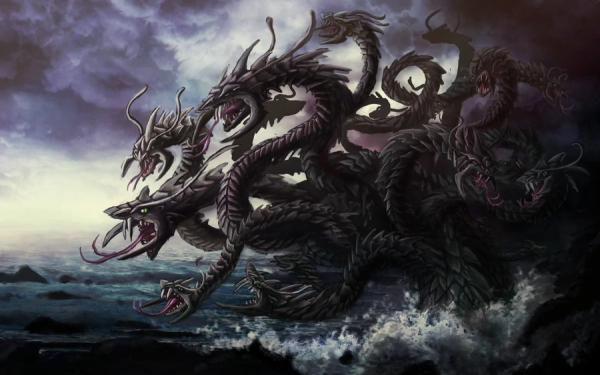 It’s the privilege of the junior coin, or really the up and comer at any organization, to say they can do what the seniors do and do it better.  To this end, we have Cardano, which claims it runs better than ethereum.  We’ll see.

There’s no secret that Bitcoin’s recent surge in popularity is due to the average citizen looking for a government-safe space to hide their money while the Federal Reserve loses their mind in the wake of the coronavirus.

What is peculiar is that Robert Kiyosaki, the author of Rich Dad, Poor Dad, seems to have gone all-in on bitcoin. He’s warned that “real estate and gold guys are being phased out” and that bitcoin is going to be ascendant.

Having gone to handful of resource conferences and sat in on some gold panels, it’s easy to see where he’s coming from. The crowd is full of grey-haired investors, and there isn’t a young person in the crowd who isn’t there because he’s being paid to be there.

Who knows? Maybe he’s right and the future of gold is digital gold.

In spite of its stagnant price, Ethereum has been seeing some strong growth in its ecosystem. It’s likely going to be that way for awhile, though, as the latest developments are perhaps years away. But that doesn’t necessarily mean there isn’t interest from the extended ETH community generated from decentralized finance.

Perhaps the most interesting entry out of today’s crypto-news section – we have Tether, which blacklisted 39 ethereum addresses, each holding the USDT coin. Ethereum researcher Philippe Castonguay created a dashboard on Dune Analytics that showed Tether had starting banning the addresses beginning in November 2017.

The why of it, of course, is that it’s to be in compliance with law enforcement. These are addresses associated with ponzi schemes, scams and other criminal behaviour. But the flipside of this is that if they can locate and determine what these and other accounts are doing, then we can’t exactly think of them as censorship resistant, can we? That’s the problem with centralized organizations.

Over the past few days there have been tens of thousands of tweets about XRP, which set an all-time high and came after a double-digit surge in the coin’s price.

There were 29,143 tweets that mentioned XRP according to Bitinfocharts, which was the first time more people gave a shit about XRP than about Bitcoin. What’s amusing about this is the difference in the market caps: XRP is roughly a quarter of Ethereum, and an even smaller fraction of Bitcoins.

But for awhile there, it must’ve felt good to swim with the big fish.

It’s back to its little pond now, though.

At the beginning of this month Brewdog Tokyo, an eatery and bar in Japan, started accepting BCH for cash payments for products and services. They’re the third Brewdog bar to do this, as the coin is accepted at their London and Budapest locations.

It’s not exactly your local 7/11 spitting out slurpies for Bitcoin Cash, but it’s a start.

The slow and steady rollout of Ethereum 2.0 has plenty of people waiting around with their hands in their pockets, wondering where they should invest their time, energy and money. Cardano is banking on that.  Cardano wants to be that place—they figure they can siphon the impatient away from ethereum—and they might be right, if those people are gullible and don’t do their due diligence.

Cardano isn’t all that great.

First, Cardano is a third-generation proof of stake coin that apparently offers 1 million transactions per second via Hydra Sharding. One million. With six zeros. While VISA only offers tens of thousands.

Do Cardano holders really believe that?

Ethereum’s probably going to be fine.

Adam Kling, the CEO of Kronoverse, recently did a guest spot on the Blockchain Gaming World podcast where they chatted about Bitcoin SV-powered game CryptoFights. It’s worth checking out if you want to know a thing about alternative uses for the blockchain, how building on ethereum stalled their game development and what BSV offers that ethereum doesn’t.

Some of the shiny newfangled coins out there make old hogs like Litecoin really show their age. There was a time when it was possible to invest a few hundred bucks in LTC, forget about it for a few weeks and come back and find out that it’s grown an extra zero. Those days are basically over.

Litecoin is presently down almost 60% on the year.

I’ve never particularly understood the logic behind investing in a coin owned and operated by an exchange, and yes this could easily be stretched to include the final entry in the list, Binance Coin. There are two reasons for this: first, buying an exchange’s coin is an implicit nod to your belief in the longevity of the exchange, which seems short-sighted and peculiar. The second is that if said exchange ever wants to consider going public (like Coinbase presently is) then it’s going to run into the ongoing issue about whether or not a coin sponsored by an exchange is considered a security.

Still, Crypto.com is a cryptocurrency company that began its life by offering VISA-powered payment cards in 2017. Since then, it’s spat out its own coin. It’s based on the ERC 20 token standard and intended as a means of payment and settlement on the company’s blockchain.

As ERC-20 tokens, CRO can be held in any ERC-20 compatible wallet like Trezor and Ledger, and interfaces like MetaMask and MyEtherWallet.

I remember BitTorrent as being the place where you could engage in some questionably illegal downloading practices. But apparently with world governments beating down on The Pirate Bay and Demonoid and other such torrenting sites, they’ve had to diversify some.

Nowadays, you can use Binance Coin to pay for their services. Good to know. If there’s a service that maybe we should be supporting, it’s probably something like BitTorrent. 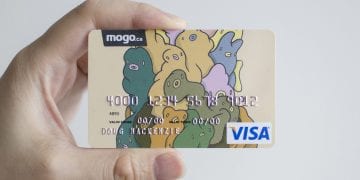 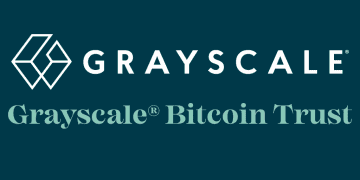 Grayscale Bitcoin Trust (GBTC.Q) parent company Grayscale Investments put out toolkit for financial advisors, and here’s why you should read it