Curaleaf Holdings (CURA.C) completed its acquisition of cannabis nonprofit and holder of one of the original six medical licenses in New Jersey, Curaleaf NJ, today.

The company is now the proud owner of Curaleaf NJ, Alternative Treatment Center operations, including assets and licenses in New Jersey, which is a company for which it once provided management services. Now Curaleaf will add the New Jersey medical cannabis business operations and financial results into its financial statements, which were previously reported as managed revenues.

“Curaleaf is one of New Jersey’s oldest and largest providers of cannabis. The asset acquisition we announced today completes our vertical integration and conversion to a for-profit entity in the state, marking a major milestone for our New Jersey presence. With our strong growth and a cannabis adult-use ballot approval on the horizon, we are actively investing in the expansion of our market leading position to better serve the more than 9 million residents of the Garden State with the quality cannabis products they rely on,” said Joseph Lusardi, CEO of Curaleaf.

The changes in the legislation came from Governor Murphy, whose campaign included cannabis legalization. He expanded the medical cannabis program in a few different ways, including adding chronic pain and anxiety as qualifying conditions, doubling the monthly product limit and permitting licensees to open satellite dispensaries.

Originally medical cannabis operations in New Jersey were required to be run as non-profits. Today’s announcement follows the changes made to the regulatory structure by the New Jersey Department of Health that now permits companies to sell or transfer their license to a for-profit entity. 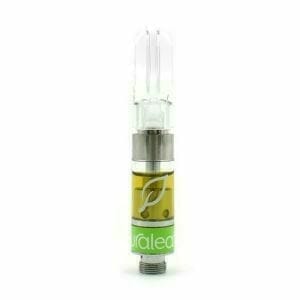 The company’s NJ operation runs the state’s largest medical cannabis dispensary and more than 51,000 square feet of cultivation space in Bellmawr, NJ, through its integrated license. The company plans to open two more New Jersey dispensary locations and one more processing and cultivation facility, in accordance with the recently changed state regulations. Curaleaf has already found a facility in Winslow Township, NJ, which will create hundreds of jobs.

The license and select assets were acquired in exchange for Curaleaf cancelling loans originally used to fund the buildout of their previous non-profit entity. In late 2019, the state’s legislature added an initiative to the November 2020 ballot giving citizens the chance to legalized adult-use cannabis in the state, which provides another path to consumer access.