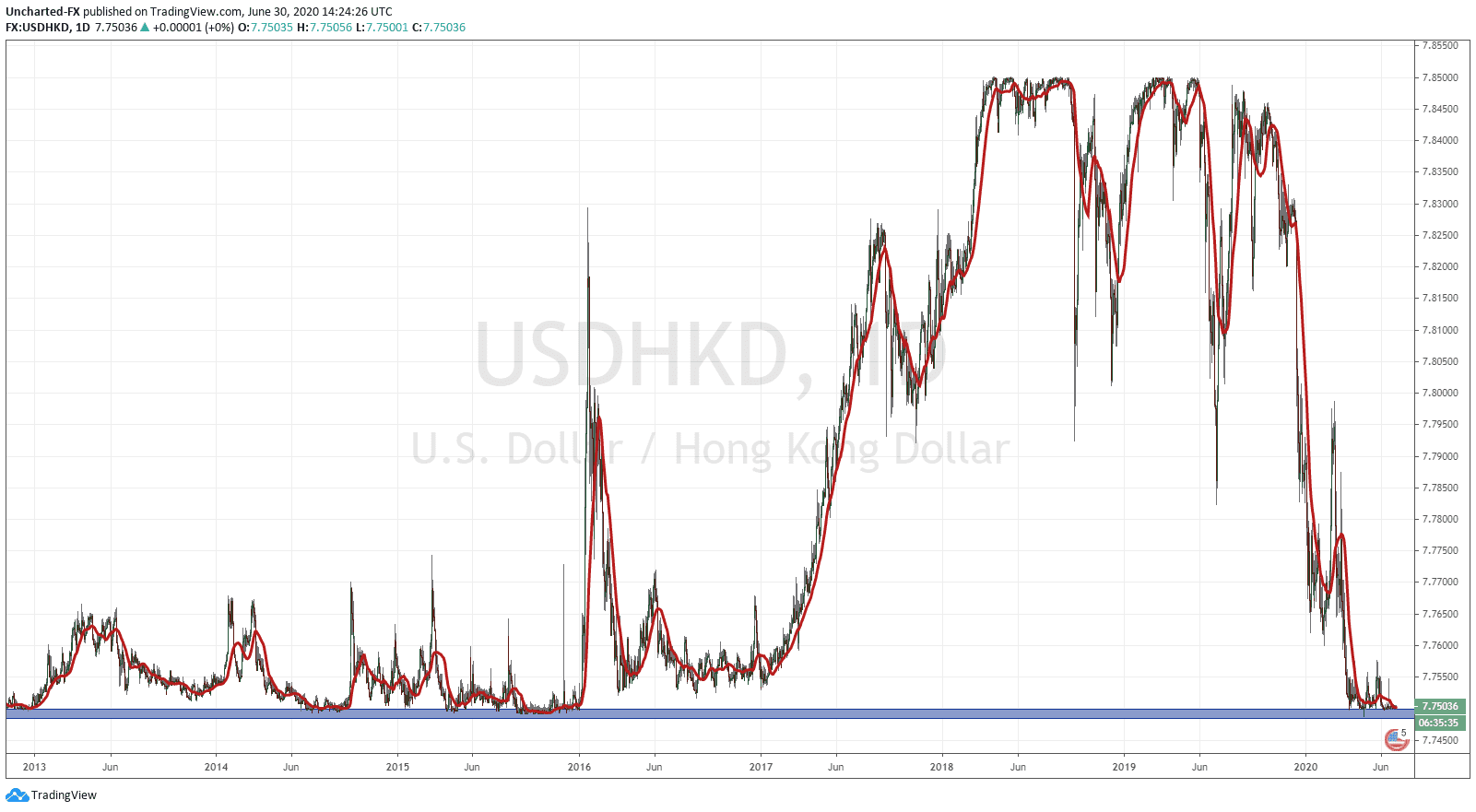 Yesterday we saw quite a lot of mixed signals in another whipsaw market. At the beginning of the day, candles were red and it looked like the sell off was occurring. Particularly the chart of the Nasdaq which I discussed on yesterday’s Market Moment blog post and Youtube show. Created a fake out with price reversing and we closed above the head and shoulder neckline. The Dow and the Russell produced large green candles at the trendline and support zone and seem to be bouncing at support, maintaining the uptrend. I also spoke about the 3 risks weighing in on markets. I emphasized that it is my belief that markets moved last week on the geopolitical uncertainty. I am talking about the US China trade deal. After the Navarro drama, where he said the deal was over on video but then denied he ever did, it deteriorated any confidence Wall Street had of a successful trade deal. It seems the trade deal is just being kept alive just for optics in order to keep stock markets propped.

Well the geopolitical uncertainty continues with China reportedly passing the National Security Law for Hong Kong. We have seen protests on the streets of Hong Kong condemning the intrusion of mainland China, and the imposition of mainland style authoritarian law. British common law is what made Hong Kong the safety zone, and why Chinese money flowed there as an easy escape from mainland bureaucrats and financial laws. Seems like there will now be nowhere to hide. With the passing of this law, the Communist Party of China (CCP) can theoretically use force on the streets of Hong Kong under the pretext of fighting subversive, secessionist, terrorist activities and combating foreign intervention in Hong Kong. You can see how this can easily be interpreted to fulfill the CCP’s desire  of one country and two systems. Late last week, we had a market sell off and many attributed it to covid cases resurging. Yes, there was a lot of fear (by the way, the new fear headline yesterday was the World Health Organization head saying the “worst is yet to come”), but I think the fear was from Chinese comments. China warned the US they would back out of the deal if the US interferes in Hong Kong and Taiwan which, in the eyes of the CCP, is their sphere of influence. This Thucydides trap between the two is far from over. 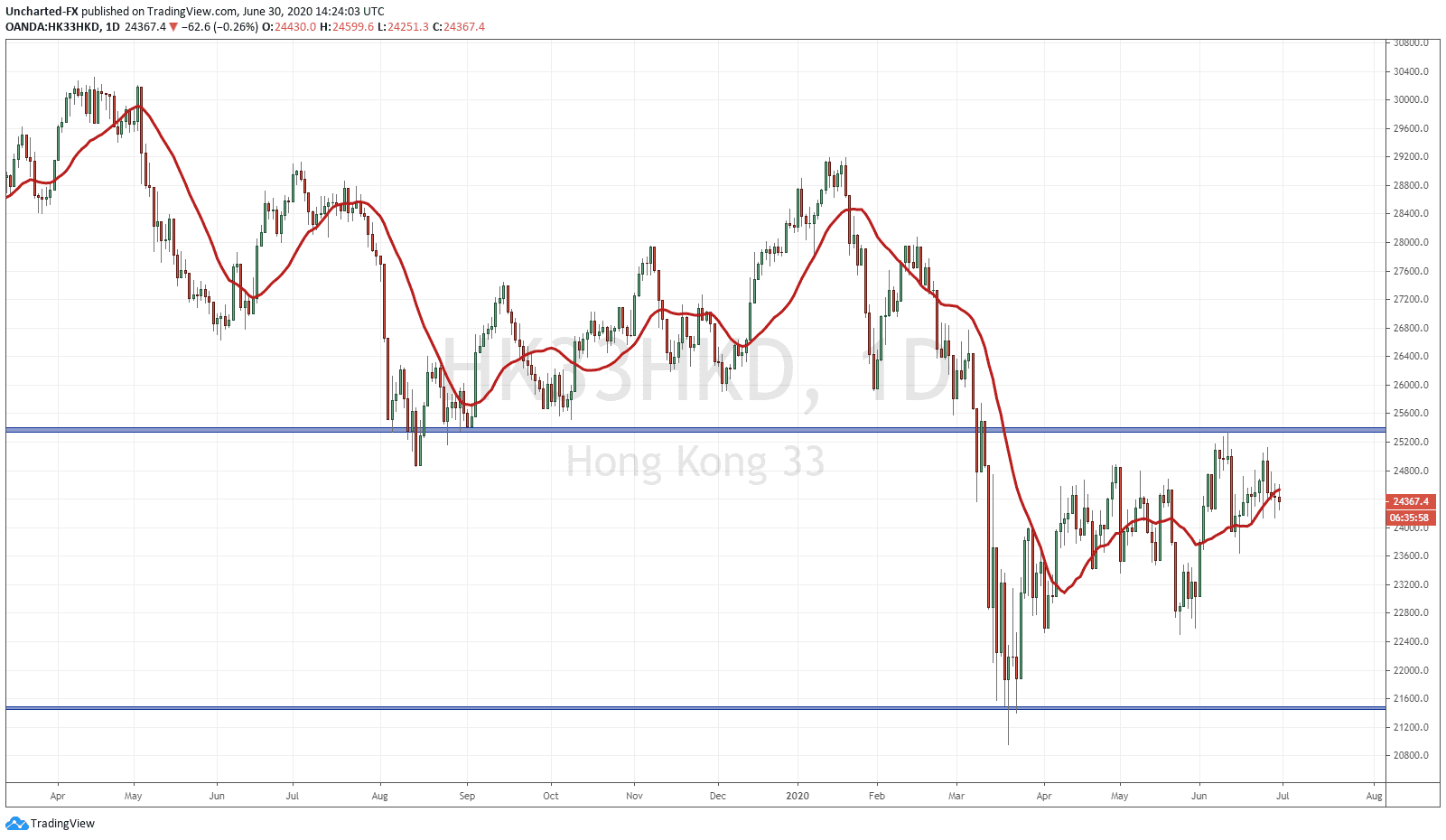 The Hang Seng did not really fall as much as expected on the news. We are still technically basing, and price is constrained between the 24000 and 25300 zone. It is similar to other world equity markets: they are in flux. We either see the breakout higher, or we continue the longer bear market move. However, in the case of the US indices, there are a bit more technical confluences present in regarding to a MAJOR support zone being tested.

As a currency guy, the USDHKD is a chart I have been watching for weeks now. Because it is pegged and operated by the currency board, it defines levels for us to trade. I did call it the free money trade in the past. We are still at the bottom limits of the peg support. We know this zone will be defended by the currency board. I am surprised it has not taken off. This could mean many things, but it all comes down to the US Dollar. People like Kyle Bass and others have theorized that the Hong Kong currency board does not have the US Dollars left, or not much, to hold the peg. They believe the peg is going to break, and the HKD will likely be pegged to the Chinese Yuan. What would cause this? Perhaps the CCP sending in armed forces into Hong Kong with this new National Security Law.

I did also say that this week could be slow due to the shortened week, and the fact many people are still taking time off during this time. We have Canada Day and Independence Day this week in North America which will drain the liquidity. I wanted that breakouts may fail because they would not have the momentum for follow through. But of course this can work the other way as well. With less volume, we might see more whipsaw and larger moves. Now add testimonies by Treasury Secretary Steve Mnuchin and Fed chair Jerome “Brrrr” Powell, and this can lead to some pretty epic movements.

That might be the case. Today, Powell and Treasury Secretary Steven Mnuchin will testify before the House Financial Services Committee at 12:30 p.m. EST. This is a chance for them to ease fears and to do their part in propping the markets. I think their testimonies will have a common theme: the Fed/government is ready to do whatever it needs to aid in this recovery. Both monetary and fiscal munitions are still available in the tool kit. This is what the market wants to hear. More cheap money, more money printing.

Finally, I want to share this chart from Lyn Alden, who runs a blog with great macro and market information. Highly recommended. But here is a chart of the S&P with the Fed Balance Sheet: 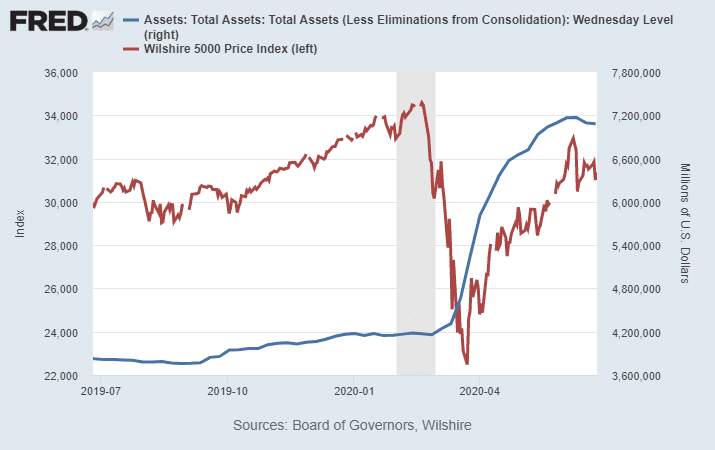 Look at how the balance sheet expanding and markets moving up correlate together. This recent topping is from the Fed saying they tapered some of their balance sheet. People don’t want to hear this, but this really is “managed” markets. The Fed has been buying corporate bond ETFs, individual corporate bonds, municipal bonds and mortgage backed securities. This can expand, and the Fed will truly become the buyers of last resort and of everything.