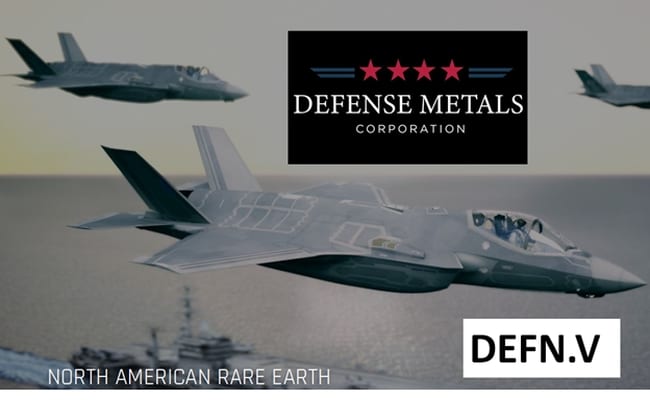 With his poll numbers plummeting, U.S. President Donald Trump is reverting to his old playbook of lashing out at enemies – imaginary and real.

“China has ripped off the United States like no one has ever done before!” Trump declared last week, claiming that Beijing has “raided U.S. factories” and “gutted” American industry.

Then Trump’s functionaries chimed in.

“A supply chain that is overly dependent on China is that of critical minerals, including the “rare earth elements (REEs),” warned Dan Brouillette the U.S. Secretary of Energy on June 28, 2020, “Which are used to build satellites and important defense systems like aircraft and guidance systems.”

The U.S. is fully committed to “diversifying the supply chain” of REEs. 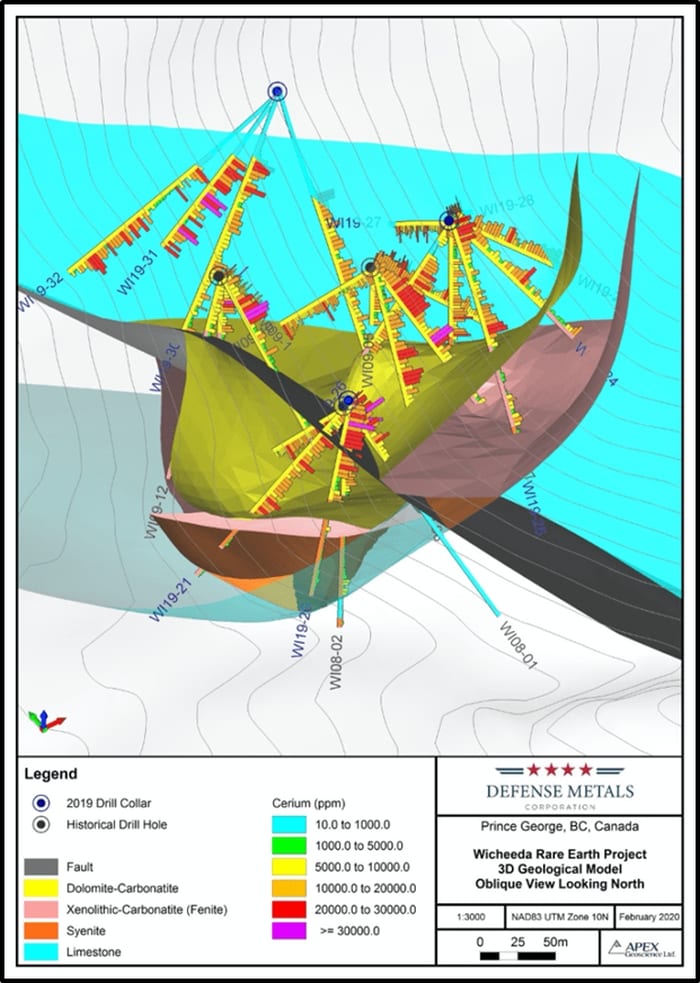 “REEs ⁠- often referred to as the ‘Vitamins of Chemistry’ – are everywhere,” explained Equity Guru’s Greg Nolan a month ago,”

“Beijing is using state subsidies to build up its rare earths industry and plans to use it as a geopolitical weapon against the West,” reports the Voice of America.

“China is not concerned with economic return in many of these cases,” Horizon founder Nathan Picarsic told the Wall Street Journal. “They see controlling this type of [industry] as a path to win without fighting.” 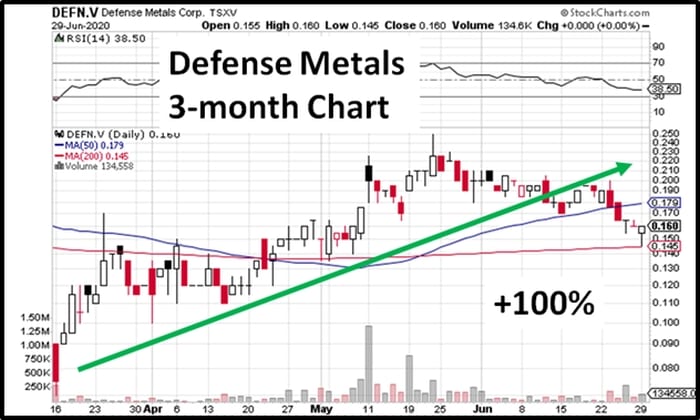 Investors interested in the REE space should pay close attention to all published metallurgical results.

It is possible to have decent REE grades, with target minerals that are too difficult (costly) to extract from the host rock.

Defense does not have that problem.

“The Department of Energy (DOE) is playing a leading role in the Trump Administration’s plan to reduce U.S. dependency on China for critical minerals, including REEs,” confirmed Dan Brouillette the U.S. Secretary of Energy.

If you’re thinking, “I missed out” – think again.

There’s only 44 million DEFN.V shares out, and the company has an embryonic market cap of $8 million.