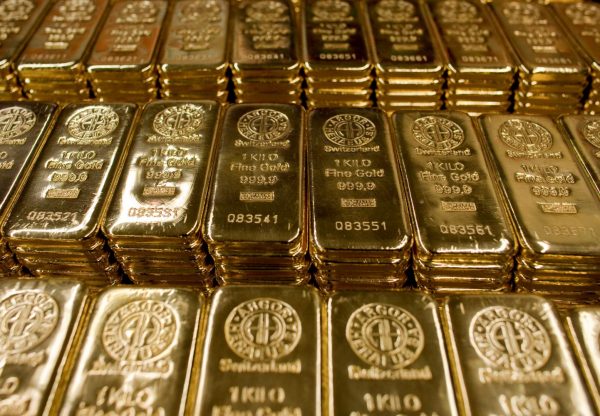 The story on this one involves some work done between 1930 and 1935 by Central Canada Mines, which included 1,829 meters of drilling and a vertical shaft to a depth of 45 meters, with 42 meters of crosscuts and drifts to the 30 meter level. The mine outlined approximately 230,000 ounces of gold with an average grade of 9.9 g/t Au by December of 1934.

“Our geological team has performed exceptionally well, interpreting the past work on our Central Canada property. We seem to have found and are defining both high-grade gold veins within or associated with broader halo mineralization that is also gold-bearing. Furthermore and very importantly, our recently discovered reports on the old mine indicate the possible presence of high-grade gold resources that had been earmarked for production about 90 years ago,” said Karim Rayani, president and CEO of Falcon Gold.

The most recent holes totaled 221 metres. Five holes have been drilled in the present program and another two drill holes are being planned with the intersection of mineralized and potentially-gold bearing zones. Each of the first five holes have successfully intersected the historical mine trend to 75 meters below the surface.

The company believes that the intersections from its first drill hole, which assayed high-grade gold mineralization over a 3 meter interval of 10.17 g/t Au at 67 meters depth might be the confirmation of the gold located in the 1930’s. The company’s first drill hole outlined a new mineralized zone untested by previous operators at 104 meters, which sampled 18.6 g/t Au over 1 meter. Falcon will continue to drill along strike to confirm the historical results, expand the strike length and test the depth of mineralization to 100 meters below the surface with the next holes totaling 360 meters.

Granted, that’s only a $0.02 raise on the day, but when we consider the climb originally started at a low of $0.035 in April, the benefits to his news become a bit more clear.

In other news, Falcon announced today that it was extended the due diligence period for up to 45 days to August 6th to formalize the acquisition agreement for 2 large patented claim blocks from Great Lakes Exploration. The transaction includes 476 hectares of patented mining claims, including patented surface rights.

The patented lands lie along strike of Falcon’s Central Canada Project. The company requires more time to complete due diligence as access to the Ministry of Energy, Northern Development, and Mines database in Thunder Bay, ON is not possible until COVID-19 restrictions are lifted.