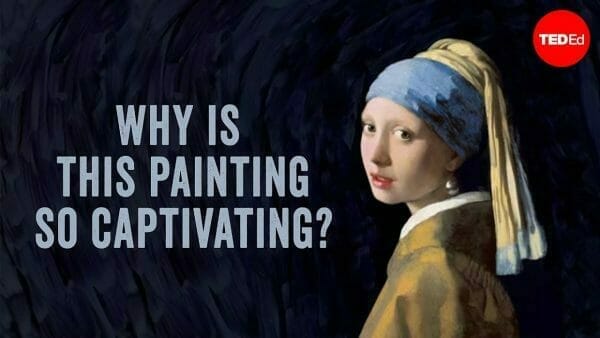 Galaxy Digital (GLXY.V) lends a hand and some money towards art work verification

One of the most valuable pieces of information I learned in university was that the art world is a giant scam.

The reason why Johannes Vermeer’s Girl with a Pearl Earring is worth 6,242,500 pounds (or USD$10.62 million) isn’t because of Vermeer’s masterful brush-strokes, or some other esoteric technique of the artform, but because that’s what it was sold for in 2014. Someone was willing to pay almost $11 million for a canvas slapped with paint because other people thought it should be worth that much.

The takeaway is that value is determined by the confluence of consensus and power—just like fiat currency, gold and Bitcoin—someone lifted up a painting, people with power and influence ‘oohed and awwed’ over it, and a third party started the opening bid. It’s a bit more complicated than that, but not by much.

Once value is determined the problem of how to protect that investment rears its ugly head, and that’s harder for art than it is for gold, fiat or Bitcoin.

The problem is with counterfeiting. Governments have a vested interest in protecting their fiat currency, so there are government offices wielding the threat of long jail terms for printing money. Gold and Bitcoin can’t be printed, only mined, bought or stolen. But paintings can be forged and regularly are, courtesy of gaps in intellectual property regimes.

So how do we know that the Johannes Vermeer hanging on the wall in the Mauritshuis museum in The Hague isn’t a forgery? It has a letter of authenticity. But letters themselves can be forged. Yeah. It’s been a problem in the past.

But this is one of those issues that can be solved by a blockchain, and one particular company, Verisart, is looking to provide the technology to prove the worth of works of art.

They use blockchain to provide certifications for artwork, proving a piece’s authenticity. Yesterday, it announced it had received $2 million in seed funding in a round led by Galaxy Digital EOS VC fund, along with Sinai Ventures and Rhodium. The Galaxy EOS VC Fund is a partnership between blockchain-focused merchant bank Galaxy Digital (GLXY.V), and Block.one, the publisher of EOSIO, the blockchain protocol.

“Verisart is building evidentiary infrastructure for artworks and collectibles that is verifiable by anyone. Create a museum quality record for any object in 2 easy steps using your mobile device or computer. Records are encrypted and timestamped by the world’s most-trusted decentralized ledger. Certificates are easy to manage and can be shared or transferred at any time,” according to Verisart’s website.

The company intends to use the funds to expand its engineering and product team and to launch “premium services,” which will help collectors, gallery owners and artists protect their investments and retain their intellectual property.

In 2015, Verisart became the first company to apply blockchain technology to the physical art and collectibles market. They have also worked with some of the world’s most pre-eminent artists, such as Ai Weiwei and Shepard Fairey to certify their art. If you’re not down on your art figures: Weiwei’s sculptures have been featured on the Pulitzer Fountain in New York, and Fairey is the street artist behind all of those “Obey” symbols and stickers featuring Andre the Giant’s likeness.

Verisart was also the recipient of the “Hottest Blockchain Dapp” award at the European tech startup awards, The Europas.