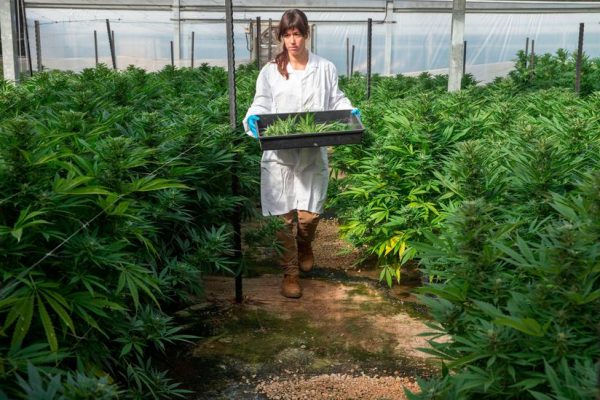 The Israeli Ministry of Economy signed a Free Export Order for medical cannabis last month. The order allows for the implementation of an earlier decision for medical cannabis that the government penned in 2019, giving licensed producers in Israel the ability to apply for an export permit to ship their products to international markets.

Naturally, Isracann Biosciences (IPOT.C) has handed down the directive to their regional consultants to ensure applications for an export permit as soon as possible.

“As we have noted previously, supply in both the domestic and European markets is lagging behind demand, especially in Europe as more countries work on less restrictive regulations. Our timely ability to jump into the gap will be a great opportunity for Isracann. Additionally, our marketing strategy aims to leverage Israeli-branded products as fundamentally superior due to the unique environment and advanced agronomics Israel offers. We look forward to working with our consultants and the Ministry to ensure we are ready to apply for export permitting as soon as the application process is clarified,” said Darryl Jones, CEO of Isracann Biosciences.

The story of cannabis in Israel is reminiscent of ours here in Canada.

It started years ago in 2016 when politicians in the Knesset (Israel’s parliament) set some reforms from which the original exports bill came two years later. Naturally, because politics is like that, it met with a handful of hurdles, including an interministerial committee made up of officials from the health, finance, public security, foreign affairs, tourism and agriculture ministries, which recommended in January 2019 that exports should be allowed to proceed in order to turn medical cannabis into a product. The revised law provided a budget for police to track, monitor and control the production and delivery of cannabis for export.

The health ministry instituted reform in the second half of 2019 included tight manufacturing and processing standards, which made it harder for producers to get their product to market. On the demand side of the market, the government removed blocks and generally made it easier for customers to get their hands on medical cannabis. The problem produced a supply gap, which should sound familiar to anyone paying attention to the Canadian cannabis market from 2017 on. Now the Ministry of Health will permit exports while ensuring adequate supplies for medical cannabis market in the Israeli market.

“This is a significant step for exporters and the Israeli [cannabis] industry, which will enable both expansion of export opportunities in the industry as well as increasing employment… in the field, especially in light of the worldwide demand for medical cannabis products from Israel,” said Eli Cohen, economy and industry minister, Economy and Industry Minister in a statement.

Officials from the Ministry of Economy have stated that yearly revenue from medical cannabis exports is anticipated to be in the hundreds of millions of dollars range. It’s probable that if the country gets onboard with early approval for exports, they could find themselves at a much more advantageous vantage point than their competitors in the global market.

Now it’s time to get to work.