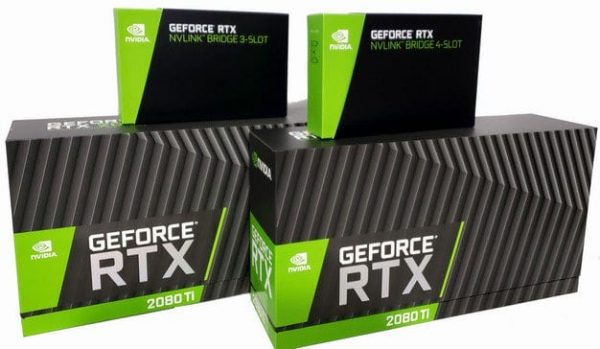 Nvidia (NVDA.Q) got themselves into a fair amount of trouble earlier this month by under-reporting its sales of hardware used to mine cryptocurrency.

The trouble started in 2017. Cryptocurrency was on the rise. People were buying Nvidia GeForce chips to mine crypto instead of gaming. Now Nvidia wanted in because there’s money to be made in GPU chips, even going so far as to launch its own dedicated mining card, the Crypto SKU. But then the downturn happened and it looked like it’s all over for cryptocurrency as a moneymaker.

Nvidia’s share price cratered during the crypto-winter of 2018 after the bubble burst, taking cryptocurrency prices and with miner’s expected outcomes with it, and plenty of operations died in the deep freeze. Later on, with Bitcoin having gone full ASIC and the closest coin mined at a fraction of Bitcoin’s worth, the company made the assumption that crypto was dead. It was a decently easy assumption to make in 2018, even if it was dead wrong.

Even if Nvidia and plenty of others may have prematurely declared the death of crypto in 2018, those in the know didn’t and GeForce chipsets and those of other manufacturers still disappeared from shelves. The trouble begins when they go on record claiming that the projected revenue brought in from crypto-mining would be flat. The question for a judge to determine is whether or not they were lying to their investors, or wrong.

Here is where the shareholders allege that Nvidia had not been entirely clear that its gaming segment included a substantial volume of miner revenue, even after it launched the Crypto SKU. The company finally owned up to that fact in August 2018 after their gaming revenue took a hit.

Now the company’s trouble has compounded  by accusations from a group of shareholders of attempting to pass off the sales of up to $1 billion in graphics processing units used for cryptocurrency mining as gaming hardware.

The shareholder class action suit points the finger at CEO Jensen Huang, CFO Collette Kress and Jeff Fisher, the senior VP and head of gaming, claiming they knew the rise in GeForce GPU sales was because of the crypto mining boom and was unsustainable over the long term.

The joint plaintiffs contend that the defendants strategy included capitalizing on miners’ demand for GeForce GPUs while lying to investors that the spike in sales came from gamers rather than miners, and cooking the books to that effect, showing that the revenue was sheltered from the volatility of the cryptocurrency markets.

Nvidia’s legal counsel – Patrick E. Gibbs of law firm Cooley LLP – said the investors’ case was not valid as they had not provided any evidence that Nvidia had known about the facts as presented in the suit, and had also not shown any connection between the stock price losses and the allegations.

“There’s not a single piece of data,” said Gibbs.