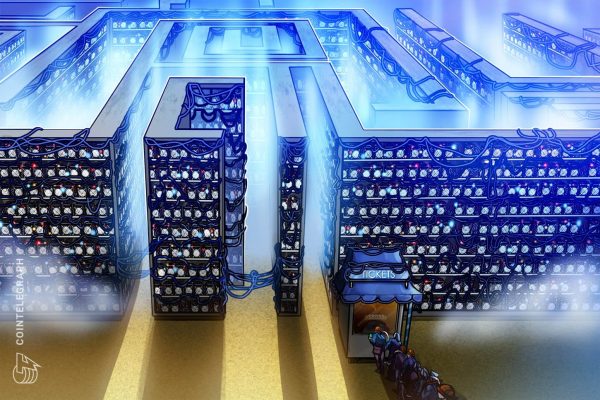 The beautiful thing about bitcoin and cryptocurrency is that their progress mirrors the natural world in many different ways. The first, and really the only one we’re going to cover today, is that it works as a perfect example of natural selection.

Natural selection chooses for the best equipment at the lowest energy costs in much the same way it does in the animal kingdom. Big cats have claws, speed and cunning to catch and kill smaller, faster prey. That way they survive, thrive and pass on their genes to the next generation. Bitcoin miners that upgraded their equipment from S9’s to at least S17 antminers, and took advantage of either subsidized energy or colocation services will survive the hashrate wars to come. Those that didn’t will die.

The functional equivalent of around 1.5 million older-generation mining machines have switched off from Bitcoin since the network’s halving. Most of these are Bitmain S9 Antminers, which effectively became too expensive to use based on the price of Bitcoin and the difficulty of mining it. This caused the seven-day rolling average of bitcoin’s hashrate to drop 20% from around 122 exahashes per second (EH/s) prior to the May 11 halving to 97 EH/s.

For the laymen, miners left when they couldn’t afford to mine anymore, and it got easier to mine.

So what’s the landscape starting to look like now that the halving has swept away large swaths of the board? The majority of the bitcoin mining landscape is still in China, and specifically the Yunnan, Xinjiang, Inner Mongolia, and Sichuan provinces. But North America has produced a few big dogs of its own.

DMG Blockchain Solutions (DMGI.V) came late to the halving craze and started their build-out decently close to the date itself when compared to some of six to eight month buildout period undertaken by some of its competitors. But ultimately, it likely won’t matter. DMG has enough cash to float through the next year, and their $20,764,391 in assets and a little over $5 million in liabilities aren’t bad either. They’ve also ordered 1,000 more M30 miners this week.

Bitcoin mining requires both cost and operating efficiencies and the use of the latest ASIC tech. The company has more than 240 M30’s turned on and constantly mining for them, and another 260 M30’s mining for clients, and providing a secondary revenue stream.

“Our stated goal for self-mining in 2020 is 500 petahash of latest ASIC mining technology. This deployment will add approximately 90 petahash to our existing fleet. We will continue to deploy more self-mining as opportunities arise. The new fleet is expected to be energized by mid-June 2020. The recent volatility in Bitcoin (“BTC”) prices demonstrate why industrial miners need to constantly deploy the most efficient technologies. Our newest miners are very efficient, even at the current depressed BTC price,” said Dan Reitzik, DMG’s CEO.

Unlike DMG, Marathon Patent Group (MARA.Q) didn’t come late to the halving party, but they’re not done with their buildout. They’ve recently added ot their buildout of an extra 500 Bitmain S19 Pro Miners. They will produce 110 TH/s and generate 56 petahash of hashing power, bringing the company’s total hashrate to 185 PH/s when fully deployed. Compared to the company’s previous S9 production of 46 PH/s, and the future of the company’s competitiveness is evident. The company paid $1,258,500.00 from cash on hand and expects to receive these units by the end of August.

But let’s compare that to Riot Blockchain’s (RIOT.Q) rundown:

Next generation miners in large amounts that have been on and mining for months in an air conditioned colocation facility. Energy efficient machines in an energy efficient facility, and in the case of the New York facility, in a state with low cost hydroelectric power.

And last but not least, Hive Blockchain Technologies (HIVE.V) with its 14,750 ASIC miners (with more to come) at work closing the block in their new subsidized shop in Quebec at 229 Petahashes per second. Let’s not forget their shops in Sweden and Iceland, working not just on Bitcoin, but using GPU-chipsets to mine Ethereum as well, giving the company a responsible, respectable fallback source of revenue should BTC become unprofitable.

These are the big dogs in North America and as the bitcoin landscape changes, we’ll see who gets eaten and who gets to eat.