It’s pizza day today, and we discuss what that means for you and for bitcoin today.

So now it’s time for your Friday coin rundown.

What do you want on your pizza? I’m partial to the classics – pepperoni and extra cheese. If you’re wondering what my pizza preferences have to do with bitcoin, you must be new here. Today is pizza-day, a tradition among hodlers that dates back to Bitcoin’s early days, where on May 22, 2010, a man named Laszlo Hanyecz made history by making the first ‘real world’ purchase with Bitcoin.

For most of us it’s something of an object lesson about this currency, because he spent 10,000 bitcoins on two pizzas back when it was still being mined by GPU’s and big name companies hadn’t recognized its billion dollar potential. Considering that bitcoin is trading at roughly $9200 right now, if he had have hodl’d it would be worth $92 million right now.

Imagine being that guy. I hope those pizzas were good.

In 2017, developers introduced the world to CryptoKitties, a collectible game on the ethereum blockchain where you could customize and trade your own cartoon cat. I’ve never really understood these kinds of the games—at least with Tamagotchi in the 90’s (which I also never got into) you could somewhat interact with them—but regardless, it went over ridiculously well. So well, in fact, that it revealed some serious problems with the ethereum blockchain in that the demand was so strong it dragged the entire process to a crawl.

Now Dapper Labs, the creators of CryptoKitties, have announced that they’re migrating away from Ethereum to their won custom-built blockchain called Flow, which launched last year. The move to Flow will see CryptoKitties develop new features, like animated 3D attributes, the ability for these assets to be playable within other game son Flow and of course, become scalable.

As you can see above, Tether has a market cap of $8.9 billion and is now effectively bigger than XRP, which is sitting at $8.8 billion. At present, that puts it second only to ethereum is the largest of the altcoins in the cryptosphere.

How did this happen?

There’s been a constant increase of USDT, and a large amount of that sits on the Ethereum blockchain. Also, exchanges have been getting fat on USDT in the past few weeks in preparation for the Bitcoin halving.

“Most USDT isn’t just being taken off exchanges to be stored in wallets or cashed out through a FIAT-based platform like Coinbase. When people aren’t using USDT, they most often put it in Bitcoin. And what’s cool is the fact that this USDT percentage often fluctuates a few hours or days in advance of BTC’s price reacting to it. So monitoring this metric in advance can end up producing a tremendous advantage by catching a sudden fluctuation early enough.”

XRP has performed the worst of all the top ten cryptocurrencies over the past year, having blown through half of its value. It’s down 95% from its peak in 2018, and the cause for this might be its circulating supply is growing at record rates.

At 20.5% per year, XRP now has the highest rate of inflation of any large-cap cryptocurrency, according to data from Messari . By that logic, XRP now has 20.5% more coins in circulation than this time last year.

The reason for this is because Ripple, the company that maintains the XRP blockchain, releases hundreds of millions of XRP from its escrow wallets each quarter. This XRP is sold to fund Ripple’s developments, build out the utility for XRP, and onboard new partners, among other things.

Great for them. Terrible for anyone looking to make money from XRP.

If you go out into the wilds of the internet and go through a decent sized internet search for bitcoin cash, you’ll find plenty of folks out there applauding BCH’s performance and congratulating hodlers for their perseverance. But these folks have a limited view – the truth is that Bitcoin Cash has more than earned its moniker as Bitcoin Trash many times over.

Looks familiar. Slight dip from last month with a modest recovery. It suggests there’s money to be made here. What isn’t shown is that this coin is still down from its recent high of $491.99 in February, and from its all-time high of $3785.82 in 2018. Remember when you buy some BCH, that you stand an excellent chance of having it wiped out in a few months if current trends continue.

Enjoy your pizza and keep hodling 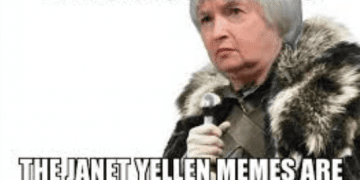 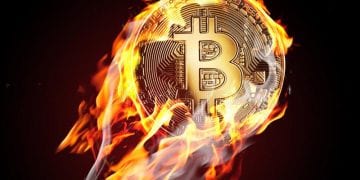 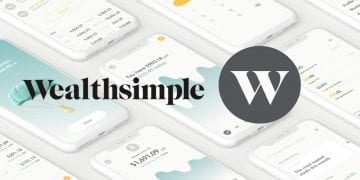