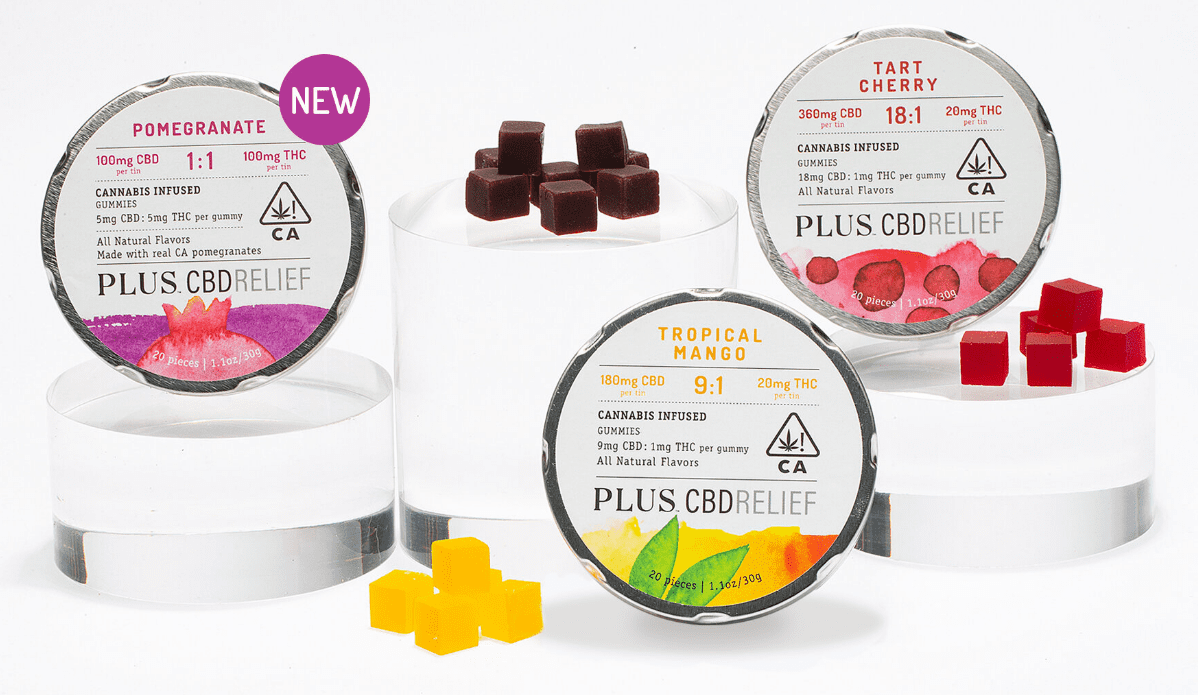 When weed legalized in Canada, I wasn’t a consumer participant. Smoking up has never been my jam. I know some like the ritual of it all, but I see having to prep and grind and smoke as being similar to driving stick – I mean, why not also stop your car by cutting two holes in the floor and using your feet on the road, Flintstones-style, if you’re so into doing things the hard way?

For mine, cannabis presents many opportunities in terms of health benefits, lowering of stress, and occasionally getting shittered, but I don’t need to do it the way cavemen did.

I want controllable, consistent dosing. I want rapid onset. I want the curtains not to stank like a dorm room afterward. So edibles are absolutely my thing. Chocolates? Gummies? Beverages? I’m all in.

Edibles for days! 😎 Can you name all the #PLUS gummy flavors in this pic? Ready, set, go! 👇🏼

And I’m not alone. With every passing quarter, edibles eat a bigger share of the cannabis market everywhere. While some smokers convert over to the easier way of doing things over time, it’s the new consumers that really appreciate the cleaner option. The parents who don’t want their kids to see works lying about, the seniors who see it as a potential part of their health regimen but value discretion, the folks jammed for time who want to pop their weed during their coffee and move on with their day…

Which is all to say, I’m entirely less enamoured with the growers than I am the candymakers.

But the edibles crowd have the same problems the growers do in that, to date, they haven’t figured out how to make selling cannabis profitable. This, to me, is mind-boggling.

I understand that to create bulk weed products at a factory-scaled level, one must build – and finance – an actual factory. And that factory needs people to operate, and processes, and permits, and security, and when you borrow money to do all that you’re now taking on interest payments and going public and fighting off shorts, and what was once an activity so basic the dumbest kid in your high school made money doing it, is now a process that has to scale so damn hard to be profitable, nothing short of ‘the best on the market’ is likely to survive.

Plus Products makes gummies that are, without doubt, the best on the market. Reviews on WeedMaps show only one product with an average score of less than 4.2/5. They consistently win awards, they sell at a litany of dispensaries in California and, more recently, Nevada, they’re active in the community, they attracted investment from singer John Legend, they’re low-sugar, gluten-free, and kosher, and they’ve got their factory tuned to delivering a consistently great product for less and less money every quarter.

And that’s not yet been enough to pull a profit.

The cold hard fact of the matter is, while California is a big market, it’s also chock full of competition, from mom and pop garage-based operations to well financed large players. Granted, if you can obtain market share in a region like that, you’re doing well, but if Plus charged what it realistically should to cover the real costs of producing and distributing its product, it’d be too expensive to compete with the lower level offerings of three guys in a basement; let’s call them, Trash Kitchen, Stoned Uncle Bob’s Chocolove, and Derp Edibles.

That’s a problem, but one for which the company is working on a solution.

As big as the California cannabis market is, and it is, Plus has to sell a whole lot of product, and regularly, to cover the vig. And, frankly, any company in any industry will struggle if it’s limited to doing business only within its own area code. Y’all need growth.

So Plus has pushed into Nevada, in which the tourist mecca of Las Vegas offers not only a rapidly growing market, but access to tourists from across North America and beyond who’ll often try their first legal weed while on vacation. That’s an interesting trojan horse into other states as those eventually become legal, and as federal legality becomes closer to allowing for a truly national marketplace.

But still, not likely to be enough business to push Plus into profitability in the short term. 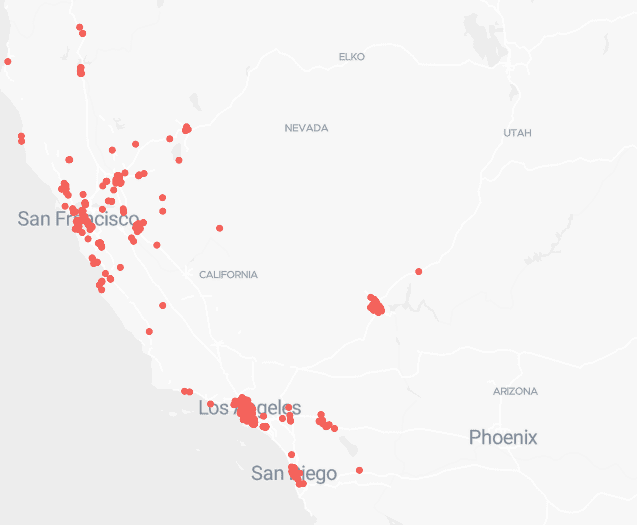 So what else ya got?

Plus’ financials in the last quarter didn’t look lip-smacking to the casual observer, because a healthy slice of costs went into the creation of, marketing of, and launch of an entire new vertical – Plus CBD products. 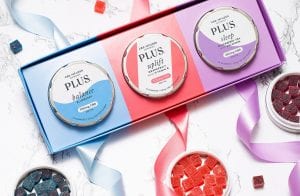 This is a sideways step for the Plus group, because the art in a good edible isn’t so much what strain you’re putting into it, but whether people feel like it’s akin to a grocery product they’d consume anyway.

Is a gummy the best way to get THC and CBD into your system quickly and effectively? Nah, but nobody wants to be using a nasal spray every night if there’s a gummy option that’ll work pretty well because WE ALL LOVE GUMMIES.

If you don’t dig gummies, you’re a cop.

PLUS has the gummy routine down nicely, so making a slight production line change to incorporate THC-free hemp CBD is a no-brainer – while also opening up the entire planet as a distribution option.

No more hoping you can find enough new customers in Stockton and Oakland to make the business profitable, now you can play on a much bigger board, and in stores that don’t require ID to get into.

The CBD space is bonkers, especially in Europe. Consumers are gobbling it up, literally, and realizing the products have extensive health benefits. But in the US the CBD scene still suffers from the stigma of cannabis association – in fact, it’s not uncommon for the police to raid stores in parts of the south and lock down a stockroom of CBD as contraband as staff are marched off in cuffs, only for authorities to realize later their products are not actually against the law.

You can buy them in Walgreens, and on Amazon, though great lengths are often taken to not use the term ‘cbd’ – just to keep everyone out of trouble…

This is a temporary issue however, and with every month that passes more seniors are adding CBD to their diets, athletes are using it to get over injuries, parents are using it to lessen stress or get a good night’s sleep, as it transitions from a novel consumer experiment to a new monthly staple.

Plus has dropped around $7 million on this new line so far, on its development and marketing and distribution, and that’s a step that carries some risk, being as the company has a few quarters of cash burn left before it would need to see some return – or go on another raise.

The shift has caused some flattening of sales in the most recent quarter, as staff commit to building new distribution and sales networks in states they haven’t previously done business in.

That’s not cheap, and has required hiring of new people and blowing out of margin. COVID-19 hasn’t helped. 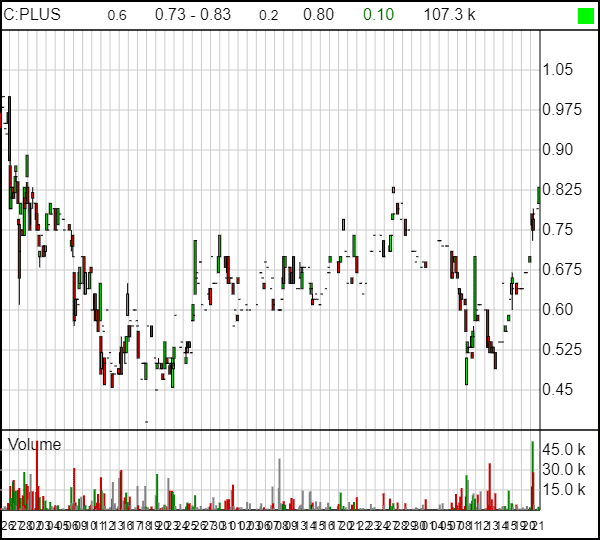 But the stock chart on PLUS has been quietly building steam, and didn’t take much of a knock when financials came in with a larger loss than previously. It appears long time holders of the company understand that squeezing pennies in California is a longer road to success than spreading your dollars out among the other 49 states and Canada.

This next quarter will be the one in which Plus has to show its worth.

Regardless of its desire to ramp up sales in new regions, it will need to streamline costs quickly and show the CBD move has legs, if it’s going to justify increases in salaries and marketing.

The new products, I’m reliably informed, maintain PLUS’ reputation as top of the line candy-based cannabis goods. The packaging maintains the look and feel existing customers know and love. The one difference is, CBD products have a large and growing audience that leans wealthier, so there’s no requirement for PLUS CBDs to compete with any old granola homebrew that finds its way off a camp stove into a dispensary, the way it does in the THC space.

🍉🍉🍉 Starting this weekend off right with our #PlusProducts Sour Watermelon UPLIFT gummies. They are the perfect mix of sweet + sour👌🏼 #HappyFriday everyone! #FindYourJustRight

The knock on PLUS back immediately after it went public was, the market cap they hit wasn’t justified by sales, even if the product was A1 and consumers loved every bite.

That’s been seen to now. After a year long stock slide as the company ramped up its industrial facility and tinkered with SKUs, the market cap has leveled off at a very tasty $32 million and even, over the last month, begun a steady rise, from $0.39 to $0.81 at the time of writing.

I often ask myself, when looking at a cannabis company, if I were in charge of the deal, what would I do differently than the guys in charge presently? If that’s a tough question to answer confidently, chances are you’re dealing with good operators who just need time to let the plan play out.

I don’t know that I’d have done much differently than the guys from PLUS. I may have gone the CBD route earlier. I may have raised more money and opened facilities in more states, or acquired licenses in more places.

But I probably wouldn’t have. I probably would have done what they did; focus on a quality product, get set up to be able to streamline and scale down the road, lose a bit of money but not so hard and fast that it put the company at risk, and trust that steady growth would eventually lead to a place of financial reward.

There’s enough shitty businessmen in the cannabis game that have put the sector in real trouble. The guys at Plus aren’t that.

FULL DISCLOSURE: Plus Products is an Equity.Guru marketing client