The Fed to the Rescue! 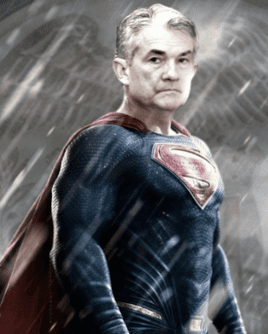 Up here in Canada, we enjoyed our holiday yesterday, but US markets were still open. And boy, what a move. The largest move for this month. Want to point out though that we are still under the major 61.8 fibonacci weekly level on the S&P and the Dow, a zone I have mentioned many times in previous posts. Until this level gets taken out, there is still a chance we can move lower, or even range. As of writing this morning, the S&P and the Dow is at a major resistance zone and could be setting up for a breakout. 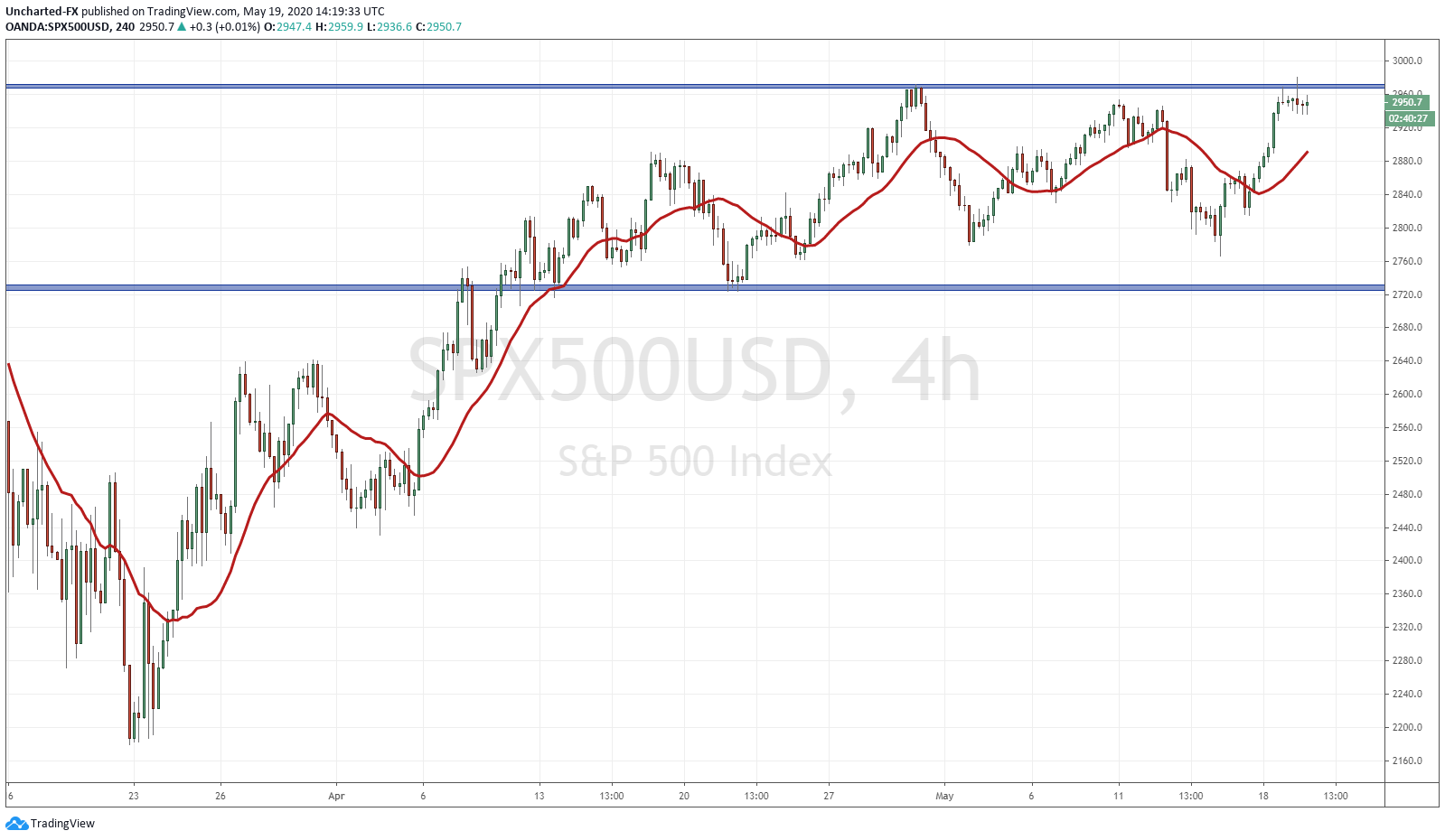 Readers know my opinion. I do think markets will go higher unless we get some major black swan event. There is nowhere to go for yield, and with Fed Fund Futures pricing in negative interest rates by the end of the year or January 2021… this also ensures equities will be the only place to go for yield (although one could still trade bonds for CAPITAL GAINS betting on lower rates into the negative hence buy bonds now which will be worth more later).

Throughout these crazy market times, I have discussed the roles of central banks, and why I believe they are becoming BUYERS of last resort and quickly morphing into the strongest institutions in human history. Last week, I posted the chart on the Swiss National Bank increasing their stock positions, which came as a surprise to some readers. “Vishal! This is crazy! I did not know certain central banks are actually buying stocks!”. The Swiss, the Japanese and the Europeans (ECB) seem to be setting the precedent and many are now saying the US is heading towards the path of Japan. The Fed is following the same playbook and this would eventually lead to falling asset prices yet consumer goods remaining the same and increasing in price. Of course the Keynesians look at Japan and Europe and say that negative interest policies have not failed…rather not enough of the policy was done. Governments did not spend enough to increase the deficit. Not enough money was printed and negative interest rates need to be cut deeper into the negative.

Fed chair Jerome Powell has already come out saying this is unprecedented. That the Fed cannot look back at previous pandemics and see how the mercantile/keynesian soft money model was used (abused?) by central banks. Of course during the Spanish Flu, the Federal Reserve was just over five years old, but central banks only role during a fixed money system was to be lenders of last resort. There was no mandate of handling inflation and maximizing employment.

Powell has promised everything. Everything to keep these markets propped. We know interest rates will be low for a very long time. In fact one can argue that interest rate normalization can never occur. We are stuck here forever or until the system is reset as we have added much more debt to the system. Both the government and the consumer would not be able to service the debt if rates were to normalize by 1%…some say even by 0.25-0.50%. Negative rates are more likely than interest rate hikes. I know the Fed members are coming out against negative interest rates…something President Trump wants big time. I do think negative rates are coming, and this is just for optics. A good cop bad cop routine if you will. Market has already priced in expectations for negative rates.

Jeffrey Gundlach and many other big wigs have mentioned the market rise has been due to the actions of the Federal Reserve. They believe the market will go lower due to the social issues which the market has not priced in. Now yes, I do believe there are many social risks ahead. In fact, I believe the US elections are going to be violent. People are divided, and whichever party wins, the losing party will not accept the results. This could lead to a lot of uncertainty heading towards the elections, and even after the elections. BUT, I do think people are underestimating the power of the Fed. They are running the show.

Part of the Fed’s new policies was to help corporations out. Last week, the Fed officially began buying Junk Bond ETFs. Perhaps just a little snippet of what is yet to come. Officially, the Fed is not allowed to buy stocks but rules and laws can change. There are a few ways they can get around this. One is they could be buying stocks through their unofficial balance sheet. Secondly, through repo or QE, the extra cash given to banks for their toxic assets or collateral can be used to buy stocks. Many people smarter than me have mentioned this possibility. That banks are receiving bailouts this way with the order to buy stocks and keep equities propped.

Speaking about the Balance sheet…

We have now surpassed the run up of the balance sheet to 4.5 Trillion to combat the Great Financial Crisis of 2008. We are approaching, or are already at 7 Trillion. This is not the end. This will continue to get larger as the Fed provides more cash to keep assets propped. As mentioned in previous posts, they will become the buyers of last resort. Can argue this is already the case. The Fed has this to say about their balance sheet:

So what is the Fed buying? Last week a chunk of it was from buying Mortgage- Backed Securities (here we go again). The Fed is once again buying up toxic assets it seems. Once again, during repo, a bank is supposed to give collateral to the Fed. It is mostly treasuries, but many have said the collateral could in fact be toxic assets that the Fed is placing on their balance sheets to help these banks out and ensure no financial crisis occurs (ie: no Lehman Brother event).

So it is a crazy time folks. The lesson here is to not fight against the Fed or the central banks for that matter. They will continue to prop and introduce other programs to keep assets propped. They will do whatever is necessary and print as much money as they must eventually reaching the status of last buyer of everything. The balance sheet will balloon. The question going forward is how large can they grow it until a confidence crisis begins? Once people realize the game. That low rates and perpetual QE and repo will have to continue for the foreseeable future and beyond.