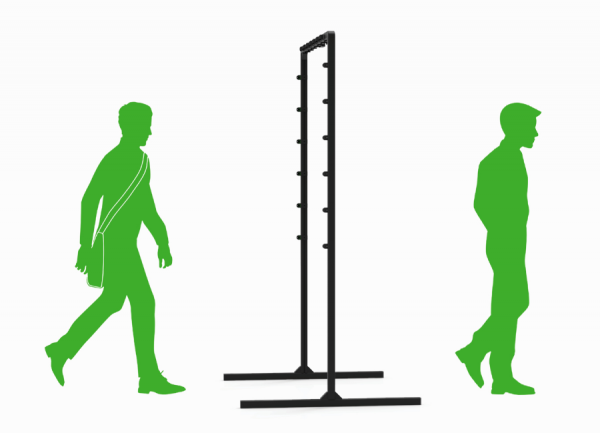 Internet of Things (ITT.V) has been in discussions with large property management companies, nationwide retail chains and various levels of government interested in the company’s newly developed fever-detection system, ThermalPass so they might be able safely reopen their businesses and get back to work.

The technology was developed by AI Labs, a subsidiary of Internet of Things, and Commersive Solutions, which develops point-of-sale tech. They’re looking to market ThermalPass, their temperature-monitoring solution, which is easily deployed at entranceways to office buildings, airports, stadiums and other public spaces.

“As the spread of contagions is a major concern, governments and businesses must implement solutions to put minds at ease as people get back to work. While we are not happy to see this pandemic prolonged, we are proud to have created a mitigating solution that is being met with such fervent commercial interest. ThermalPass is positioned to help all types of corporations and institutions rebuild confidence as the world recovers from this unprecedented economic and health crisis,” said Michael Lende, president and chief executive officer of Internet of Things.

ThermalPass uses an array of multiple thermal sensors to efficiently detect body temperatures as people pass through doors, and along hallways and the like, at a regular pace. The system is built onto an industrial-strength frame and can scan a subject 20 times a second.

This system is more than just an infrared camera, though.

Infrared cameras are less accurate, more expensive, infringe on personal space and privacy. The sensors used by ThermalPass are designed to measure temperature from a distance by detecting an object’s infrared energy, while the company’s artificial-intelligence powered system makes it easy for the fast, touch-free scanning of individuals as they pass through the device without the necessity of stopping or slowing down when entering high-traffic public locations. The system will then instantly and quietly alert security of any person with a body temperature outside the normal range, so they can conduct a secondary check and maintain the flow of traffic.

There’s one problem, though.

There are some questions about its use value during COVID-19. Let’s consider that our immune systems don’t have an appropriate response to the virus yet, because we don’t have centuries of built-up exposures and natural antibodies like we do most of the other influenza strains. That’s the definition of a novel virus—one we’ve never seen before. It takes on average ten days for our bodies to figure out that the foreign invader is something it should be fighting, and then it cues up its usual immune responses, among which is high fever. But by the time the fever’s arrived, the person has been contagious for ten days. If the news is any indication of the severity of the disease, anyone showing symptoms won’t be healthy enough to go out in public. That means that an extremely high percentage of people could be passing these sensors who are highly contagious.

That’s not to say that the technology doesn’t have its uses. The seasonal flu is still a stone cold killer, and its incubation period (the length of time between infection and symptoms) averages in at over two days. Ditto for streptococcus, and plenty of others.

The company has applied to Health Canada for its medical device establishment licence under the government’s streamlined interim order process.