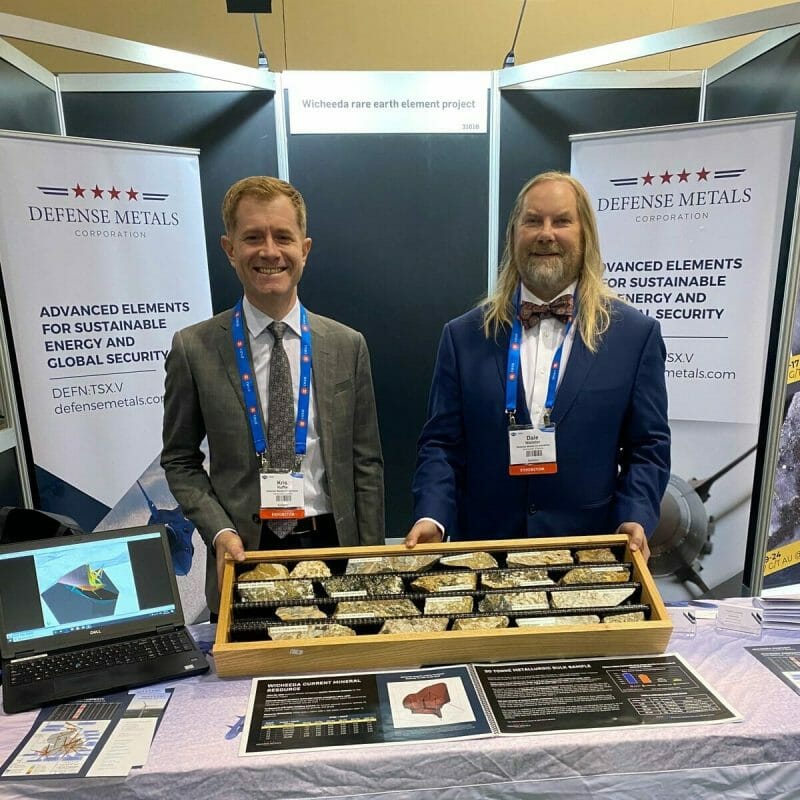 That about sums up the market’s current malfunction where Defense Metals (DEFN.V) is concerned.

The newsflow coming out of the Defense camp of late should be generating significant share price trajectory. The DEFN chart depicts price strength in recent sessions, but it should be printing new highs and not looking back (author’s humble opinion). 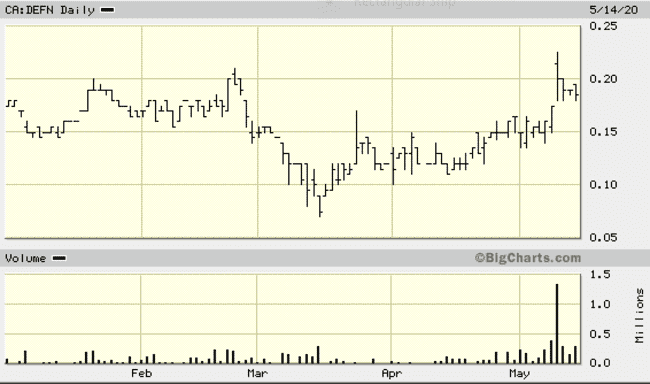 By now, I’m sure we’re all well aware of the critical role REEs play in our everyday lives.

Hailed as the “vitamins of chemistry”, they exhibit a broad range of electronic, optical, and magnetic properties. Referring back to a previous Guru offering on the subject, ‘they make our TV screens glow brighter, our batteries last longer, our electronic gadgets more mesmerizing (sigh), our electric motors, generators, and appliances more efficient. They can even make our paper money less prone to forgery. They are an essential ingredient in everything from night vision camera lenses, to medical imagining technologies, to control rods in nuclear reactors.’

In a world that is turning increasingly green, the electric vehicle (EV) industry is the primary driver for REE demand—electric motors, generators, catalytic converters, component sensors, LCD screens… even the polishing powder for the windshields and mirrors.

The newsflow – REEs in 3D

On May 8, we got our first look at a comprehensive 3D geological model for the company’s 1,708 hectare Wicheeda Rare Earth Element (REE) deposit located in the mining-friendly region of Prince George, B.C.

This 3D model presents a fascinating and detailed view of the continuity, grades, and widths present in Wicheeda’s subsurface layers. 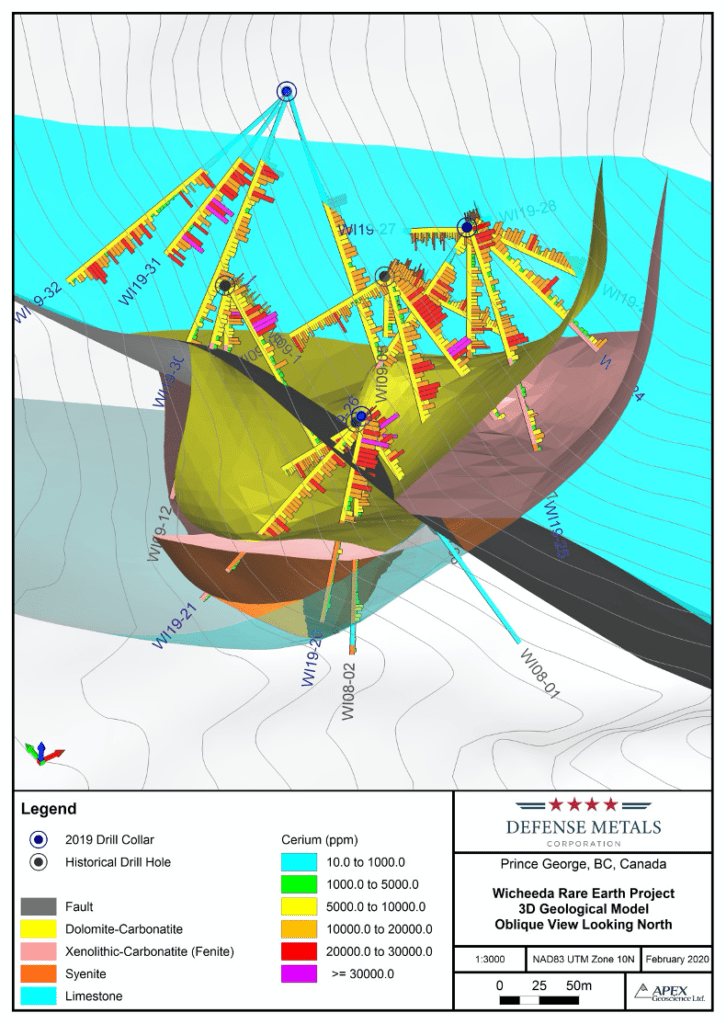 On May 11, the company announced a strategic new hire in one Karl T. Wagner. ‘Strategic‘ in the sense that Wagner, aside from having served as Senior Director for Global Security at Tesla, was the Chief of Counter-Intelligence Operations for the Central Intelligence Agency, aka the CIA.

Wagner’s function will be to advise on government relations and business development opportunities worldwide.

“Karl brings a wealth of experience, strategic know-how, and global awareness to Defense Metals. As former Chief of Counter-Intelligence for the CIA and the head of Global Security for Tesla, his familiarity in working with high-level government and military personnel as well as corporate and technology executives will provide an enormous advantage for Defense Metals moving forward. We are excited to work with Karl and know he will add tremendous value to our team.”

Then, on May 13, the company dropped the following headline:

I had certain expectations for this 43-101. In a previous Guru offering, I speculated, based on the spectacular assays encountered during their 2019 drilling campaign, that we could see “a significant improvement in both grade and scale.”

Well, the increase in both tonnage and grade exceeded my expectations—it blew them away.

The highlights from this bigger and better resource: 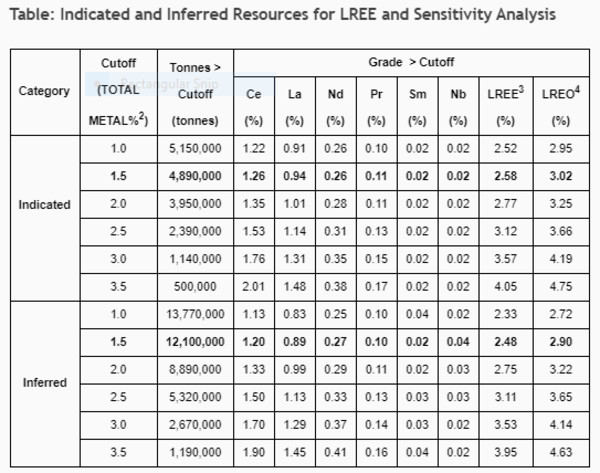 “With the release of our updated Mineral Resource Estimate Defence Metals has delivered on another significant milestone in advancing what management believes is one of the most compelling undeveloped rare earth element assets in North America. Our successful 2019 drill campaign has resulted in a significant expansion and increased level of confidence in the mineral resources of the Wicheeda REE Deposit, which remains open to the north and west.”

On the subject of metallurgy, previous metallurgical test results exceeded the company’s expectations, elevating the Wicheeda deposit to among the very best in the world.

This ease of extraction gives Defense a distinct advantage over other REE producers and developers. And the timing of this positive development couldn’t be better.

Tensions between the U.S. and China are high. With China in control of the Rare Earth refining market and the U.S. pushing to source and secure domestic supply, Wicheeda’s strategic importance can’t be overstated. In fact, the company is currently being reviewed by the US Department of Defense to become a preferred vendor under the Defense Production Act Title III program.

The next catalysts for the company include:

Everything appears to be falling into place for Defense Metals. I suspect it’s only a matter of time before the market wakes up to that fact.