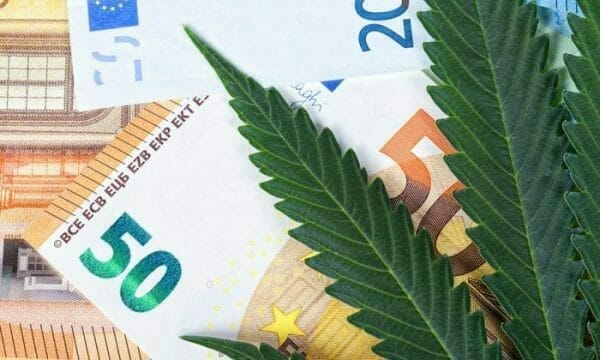 Isracann Biosciences (IPOT.C) is accelerating efforts to service an anticipated increase in demand for both domestic and EU markets.

Isracanna is Israel’s only pure pot play—situated in one of the most central locations in the world—it has access to most of the major trade routes, giving it a considerable distribution advantage to the EU.

“Regarding our European plans, our Hefer valley farm is making great strides this week. We engaged a specialist Israeli consultant to advance the certification of the farm to EU-GMP standards thereby paving the way for our export distribution. In addition, the related post-harvest export facility is nearing readiness and should be completed next week,” said states Matt Chatterton, VP of operations.

Deductive logic usually involves general claims using the words “all” as in “all men are mortal” or “all cats have claws” and they’re most often misused by angry teenagers who are neither rational nor deductive because they haven’t learned to think yet. Deductive logic is best avoided, because rarely can we say that “all x’s are y’s.” The presence of one y without the x trait beats the argument.

Inductive logic deals with probabilities. Anything over 50% gets the modifier “most” while anything until that numbers gets “some.” As in most cats have claws, and some rabbits have one eye.

Stick with me. There’s a point.

The COVID-19 health crisis has pushed into Q2 of the year and global supply chains for cannabis are straining to meet the growth in demand. Licensed North American and European Cannabis operations need significant and ongoing inputs of fertilizer and nutrients, and reliable labour, to make sure their ability to plant, grow, harvest, test and receive approval to ship at scale to service their domestic and international obligations.

Consider this from their press release:

“As noted in the European Cannabis Report (5th Edition, Feb. 2020) actions to increase domestic European supply are fragmented with Germany in the midst of regulatory framework development, Italy contracting with a Canadian supplier to meet demand and Denmark importing virtually all its supply needs. This environment indicates the overall EU supply is lagging. Combined with the current unprecedented health circumstances, production stressors may result in potential delivery shortfalls, testing existing suppliers’ ability to meet the needs of clinical trials and medical consumers throughout the EU.”

That’s a good example of inductive logic as you’re going to see and the probability that it’s correct is great. Countries from the EU needing to go across the pond to LP’s for supply definitely suggests issues with their supply chain.

Therein also lies the Isracann opportunity as they aim to respond to the undersupply by using Israel’s agronomics, domestic input supply, abundant annual sunshine and access to the Mediterranean shipping routes as a path to success. Their previously announced distribution partnership on the island of Malta offers financial incentives and trading relations with the EU, but the company hasn’t exactly closed the door on the prospect of ensuring rapid shipment of their harvest goods to many other high value continental markets.

The local authorities have also completed the mandatory facility inspection today, and everything’s come back with a clean bill of health. No early reports of deficiencies, and the certification consultant is preparing the final report to the Ministry of Health for recommendation of final approvals. Now that they’ve gotten the regulatory nod component out of the way, IPOT will start planting next week.

“All reports from Israel are highly favourable and we appear to be days away from having seeds in the ground. This news combined with a growing sense of urgency across the domestic and European marketplace is genuinely exciting” according to Darryl Jones, CEO of Isracann.

Logical and consistent is always a good combination.