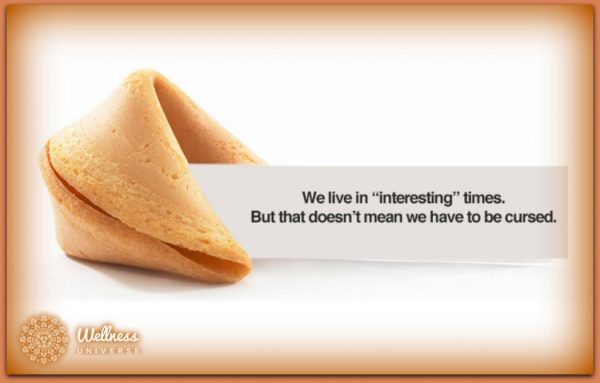 May you live in interesting times.

When you want to quietly and subtly insult someone and wish them serious harm, you gotta go Chinese. There’s no culture that does it better than the Chinese, and you have to admit, the past few months have been like the B-roll of a bad horror film, where we’ve all been cursed by some evil antagonist and the weirdness is ramping up to a conclusion.

Seriously, nobody would disagree that we’re living in interesting times.

You could argue that the above statement is cliche and banal, but you can’t argue that it isn’t true.

And we’ve all had enough of these interesting times, haven’t we?

We’re wired for curiosity as a species. We like excitement and strangeness, and anything that breaks the patterns that govern our lives, at least until we finally get what we want like we have in the past few months, and then all we want is a return to staid, boring normalcy.

And that’s why this week’s Weed Wednesday rundown is focusing on three companies that have stuck their fingers in their ears to drown out the noise, and pretended like it’s just another day at the (empty) office, or they’ve somehow managed to buck the trend and find a way to prosper in these most interesting times.

Most of the news in the cannabis sector comes out sounding a little bit like incremental changes in a sea of stagnation. Another company with another dispensary, or maybe they’re not even there yet, and they’ve only acquired a new license.

But if there’s something to be said for boring and predictable, it’s that there’s a certain amount of reliability that comes along with it.

“We have expanded our service model to include curbside pickup and we have bolstered our delivery infrastructure in Nevada so that we can continue to serve the community with much-needed access to quality cannabis. Our team has continued to show incredible resolve and commitment through the ongoing COVID-19 crisis as demonstrated by this retail opening, our third since the crisis began,” said Ben Kovler, GTI founder and chief executive officer.

Sounds boring, right? Given how “exciting” 2018 was for cannabis companies—what with Canopy Growth’s decline, leading to the general malaise in the entire sector, followed by COVID-19 bringing the entire world to its knees—couldn’t we use something a little boring and reliable?

The company also owns three manufacturing sites in Nevada, where it makes it own branded products, including Cannabiotix, Desert Grown Farms, Dogwalkers, Incredibles and Rythm. GTI has also acquired licenses to open seven more retail stores in the state. They offer preorder for in-store pickup, as well as curbside pickup and delivery.

Curaleaf Holdings (CURA.C) is a company that’s no stranger to complications.

Last year during the CBD hype, they got into some regulatory hot water when the FDA slapped them for making the same unfounded health claims most companies were making at the time. The difference, mostly, is that they didn’t add the hedging language or the fine print to cover their asses.

That’s admittedly dumb and they’ll pay when the world gets back in shape, and the ambulance chasers handling their class action lawsuit get back from quarantine in Cabo San Lucas or wherever they went.

Until then, Curaleaf continues to expand.

Curaleaf acquired Select in February of this year, and they’re now retailing in eight states, and looking to expand to nine more.

“As we focus on expanding the Select brand, entering Oklahoma allows us to reach an important and rapidly evolving medical marijuana market. We look forward to serving the health and well-being of medical patients in Oklahoma,” said Joe Bayern, president of Curaleaf.

Here’s what boring looks like in the age of COVID-19.

The Alkaline Water Company (WTER.V) technically isn’t a weed company. What they sell is in their name. But they have diversified—some might say leapt aboard the bandwagon—in recent years with the infused beverage market. Now they offer bottled water and water infused with CBD. Now they’ve made a deal with a big name grocery chain, which will be expanding into the United States, and selling two of their SKUs.

“This German retailer has stores concentrated across the east coast and is pursuing an aggressive U.S. expansion strategy focused on smaller stores that will offer a carefully curated selection of top-quality merchandise. Our east coast expansion efforts remain a strategic priority for the Company, and our expanded product lines are helping to win business in existing and new retail channels,” said Richard Wright, president, and CEO of The Alkaline Water Company.

Their core product is available in over 60,000 stores and the expanded product line are helping win business in both existing and new retail channels.

But here’s what consistency, boredom and folks just getting up and doing the job look like.

Given how turbulent the past few months have been, isn’t it strangely endearing to see there are still companies out there doing the work, even during these most interesting times? 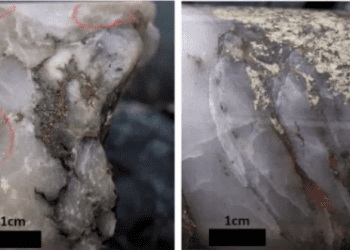