Central Banks Becoming the Most Powerful Institutions in Human History? 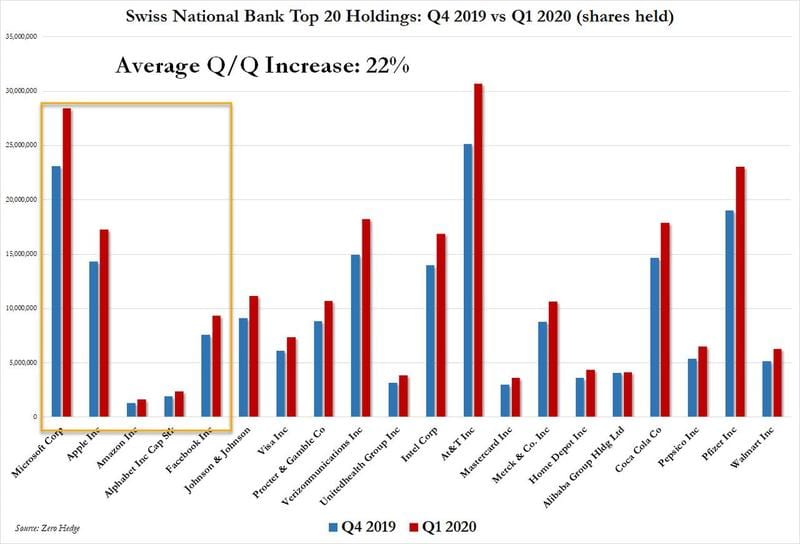 With markets very much in flux on the longer time frames (look at yesterday’s Market Moment post regarding that I am watching for a stronger continuation in one direction)- although today is setting up to continue the downwards move which began near the closing bell yesterday… I thought it would be a good time to discuss my thoughts on the central banks and their monetary policy. Funnily enough, Federal Reserve chairman Jerome Powell spoke this morning about how more Fed stimulus may be required and as well as more fiscal stimulus from the government. This is coming, and plays into the type of system we are heading towards.

For the members on the discord chat, for sometime I have been saying that the power of central banks will be increasing. They truly are morphing into the most powerful institutions in human history, soon to eclipse the Catholic Church during the Inquisition. Yes, a very direct and maybe crazy statement, but let’s break things down.

When certain nations implemented central banks, they had one role. They were to be lenders of last resort. That’s it. During a hard money/Gold standard system, it was the free market mechanism that controlled the targeted rate of money versus the controlled aspect we have in the Keynesian system. The mechanisms of how a gold standard system works is beyond the scope of this post, but I highly recommend the books by Nathan Lewis if you are interested. Human history is cycles of hard money vs soft money with battles between the classical school of economics and the mercantile (now called Keynesianism) school of economics.

Central banks did not issue money when they had the role of lender of last resort. Private banks were the ones who issued currency… and some very powerful banking families did well for themselves. Certain leaders did attempt to take this power back. Napoleon Bonaparte successfully kicked out the private bankers, and opened the Bank of France which had the power to issue money. An action some believe which led to his downfall, as France was the largest economy in Europe at the time, and the Rothschilds began financing Napoleon’s opposition in order to get their business’ back (their episode on how they used their vast pigeon network to buy up the London Stock Exchange after the outcome of the Battle of Waterloo is legendary). In the US we have had Presidents such as Andrew Jackson, Abraham Lincoln, and John F. Kennedy who attempted to do the same…

Once we got into the soft money/ keynesian system which is about manipulating currency with interest rates and other means as a way to meet policy goals, central banks became more powerful. They received the mandate they are famous for: maximum employment and handling inflation. The focus was not on a stable currency, but was now on managing interest rates. Inflation and deflation as ways to measure the health of economies. Once again, I recommend Nathan Lewis’ works for a complete breakdown on economic history.

With the Keynesian idea of aggregate demand, that the government can step in to create demand to boost an economy, we have reached a point where government has become too large. Governments historically are really bad in creating productivity, the private market is the best for that. We have seen governments hiring people to dig holes and cover them back up for 8 hours in a day to give people money claiming the money they can spend will boost the economy. The current one is China building their large empty cities and apartments which no one uses. Enough of this though – just wanted to highlight that big government and a powerful central bank makes a deadly combo. This post is about the central banks.

As a student of economics, I remember when I took Econ 101 in university slightly after the Great Financial Crisis (GFC) of 2008 and professors had a very difficult time in explaining negative interest rates. There is a group of economic students who graduated without covering this stuff and then entered a world where a lot of the Keynesian stuff in textbooks became invalid. And this is just getting worse. Many classical economists do think that the Keynesians are just making things up as they go. They cannot admit that their models have failed. It is just that their policies were not implemented correctly: Europe and Japan need more money to be printed and deeper cuts into the negative for interest rates.

You must ask yourself whether we truly are in free markets anymore (well I have been asking if we have been in free markets since 2008). Quantitative Easing (QE) was a way for central banks to step in and provide some stimulus to keep markets propped, but more importantly, to keep interest rates suppressed. A few central banks took this to a new level. With negative interest rates in the Eurozone, Japan and Switzerland, those respective central banks have killed their bond markets. No one shows up to the auctions to bid on negative yielding debt. It is just the European Central bank (ECB), the Swiss National Bank (SNB), and the Bank of Japan (BoJ) buying up the bonds.

But wait there’s more. These same central banks also actively purchase stocks. In fact the Bank of Japan overtook a state pension fund for being the largest holder shareholder in Nikkei listed stocks! The Swiss National Bank also openly purchases US and European stocks. Take a look at the image featured in this post. Look at their top 20 holdings and how they have increased in Q1 202 (except Alibaba). I think people need to stop and think about this for a moment. This is truly crazy stuff!

I have been covering the fact that the Fed has been buying up and bailing out everything. Repo to keep short term interest rates suppressed (people speculating there is a bank, or banks, that are insolvent, but it also could be a way to provide banks with excess funds to buy the market), promise of cheap money aid corporations. Unlimited money to bail everyone and everything out. Yesterday was the first day the Fed actively began buying bonds, including corporate bonds. The question is what is next!? Now legally, the Fed is not allowed to buy stocks. But many are saying the rules will change to follow the precedent set by the BoJ and the SNB, and others saying the NY Fed desk could already be buying funds through dark pools and other means.

In conclusion, I have to say do not be surprised when this is announced, or disclosed. That the Fed is not dabbling into stocks. Remember when the original mandate for central banks was to be the lender of last resort? Well they are now becoming not only the lender of last resort but also BUYERS of last resort. They will buy up everything and central bank balance sheets will balloon. They will own the world, and this process is already occurring with US Dollar swap lines being established with multiple countries, to allow them to use Dollars to buy up assets in their own country. The question is how much larger can these balance sheets balloon until a confidence crisis ensues. People waking up to the fact that it is just central banks buying and propping everything because everything is too big too fail! If one thing fails, it will start a huge domino effect. Heck, they may even buy real estate if a housing crisis occurs! Welcome to this crazy Keynesian world of big government and powerful central banks. No soft money cycle has ever survived and thrived in human history. It does seem we are near the end of this cycle. Digital currency may be the next solution to keep this prolonged.