How artificial intelligence, blockchain and IoT are looking to change the way we think about smart cities 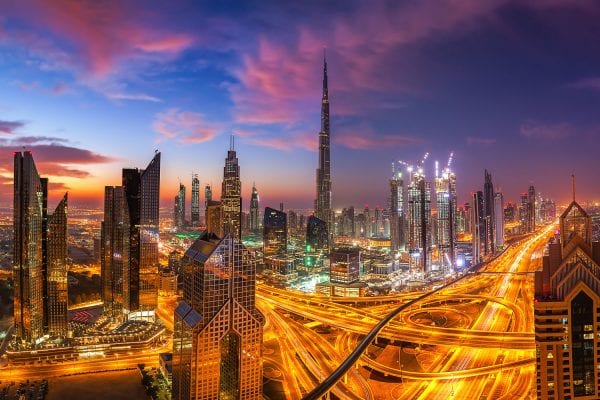 The buzz going around the office is over whether artificial intelligence is the new blockchain, and by that we mean whether AI is going to be the newest tech bubble to expand, and blow up in the faces of investors in the dramatic way blockchain did in 2017. It’s hard to tell.

Blockchain was blown up by self-interested pump factories putting the name of the technology in their company name and then doing nothing with the technology—specifically for the bump it would offer their stock price during high tech tulipmania. It didn’t help that hacks touted the technology as the second coming. Accordingly, it would usher in a widely distributed future, changing everything from the way we thought about money to the ability to plant a tree, add a micro-controller, and have the tree connected to the blockchain.

No. Seriously. Mine’s name was Stanley.

We haven’t seen anything quite to that level of insanity yet with AI.

The promise of AI is that it offers task automation and better handling of modelling complex situations than what human can offer. This is self-evident anytime you try to do long division. You can either try to work it out in your head, or you can whip out your phone and use the calculator. In contrast, blockchain offers greater data security and privacy, while reducing the overhead and power demands of major institutions.

The real strength of both AI and blockchain come when we combine the two.

First, we’re aware the combination sounds like a selling point for the next bullshit scam internet coin offering (ICO), but we’re not selling anything here, and the technologies actually share some synergies, with each covering for the flaws of the other. It’s entirely possible that AI may rely on datasets stored on the blockchain and distributed computing, whereas blockchain’s could use AI to monetize user-controlled data, and create a marketplace for AI models, and even create organizations complete independent of human interaction.

But the first and most obvious place we should look for the confluence of these technologies is through the creation of the smart city.

At the confluence of AI, blockchain, and other technologies like machine learning and internet-of-things is the emergence of the smart city. These are defined as data-driven, constantly monitored cities, wherein data from everything from traffic flows to pollution levels to sewage control are continually monitored, measured and stored to affect future decision making.

Smart city technology makes life easier for the government and inhabitants in the following area’s:

Here are some companies at work crafting our future cities:

Accenture (ACN.NYSE) has been busy working to make smart cities a reality since 2009, when it was picked by Amsterdam to help implement its smart city program and create the EU’s first intelligent city. They Amsterdam Smart City project uses a smart electric grid, smart meters, smart-building technologies and electric vehicles to reduce energy consumption in everything from housing to public buildings and areas, and transportation. Smart grids are electricity distribution networks that use a combination of traditional and new technology to manage energy flow more effectively and efficiently.

The company has also launched an innovation studio in Chicago called “The Forge,” and is working on a connected autonomous vehicle and smart city test-bed in Ottawa. Early in 2019, the company launched an intelligence platform to help organizations use AI better.

Cisco Systems (CSCO.Q) was one of the first companies involved in the smart city’s project, and continues to be one of the main players. It’s smart city framework is called Cisco Kinetic for Cities, and offers solutions for cities’ network architecture, lighting, environment, parking, safety and security, and waste management. The company is working with the smart meter company Itron to turn smart metering technology into an open network for utilities. Combined with blockchain, self-driving cars could become agents in transactions, parking and charging themselves, paying tolls, all without a credit card.

The only small-cap play on this list—Carl Data Solutions (CRL.C) is an industrial IoT play that utilizes IoT sensors to monitor the flow of sewage in a given city. They do the dirty jobs that nobody thinks about, especially when the topic of smart cities comes up.

Here’s what we’ve written about them in the past:

“Carl Data Solutions is an industrial internet of things (IOT) company offering collection, storage and analytics solutions for data-centric companies and clients. Their FlowWorks application collects data using gauges, sensors and other types of monitoring devices, including Supervisory Control and Data Acquisition (SCADA) systems, which is then stored on a single platform and used to provide analysis and reporting, saving end users time and money.”

Their most recent partnerships with the cities of Boulder, Colorado and Dallas, Texas, involve waste flow management, real-time analysis, alarm setting, and the transformation of existing raw data into actionable information using their platform.

Lastly, we would be remiss if we didn’t bring up IBM’s (IBM.Q) contributions to this particular list. They’re responsible for the Smart Planet and Smart Cities campaign and contribution in 2008 and 2009. Meanwhile, IBM Canada and Bell Canada teamed up in the city of Markham to test systems and monitor city infrastructure. The six month research program began in early 2019 and combined Bell’s broadband networks, IBM data analytics, and data from sensors placed in various parts of the city.

But the real test for IBM’s efficient use of blockchain, IoT and artificial intelligence for smart cities has been Dubai. Three years ago, the City of Dubai and IBM launched a city-wide pilot to implement blockchain technology in city services. The goal was to offer government services on interoperable blockchains and create a cohesive ecosystem that could dramatically reduce waste time, effort and resources.

Smart Dubai revealed that Dubai’s blockchain strategy has played a key role in encouraging international blockchain and fintech firms like Atlas Capital to host the Blockexpo and World Blockchain Summit 2020 in Dubai during the Expo 2020 Dubai. 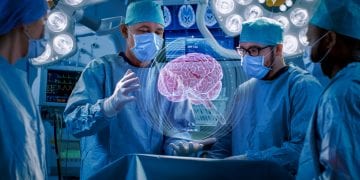 The Vuzix Corporation’s (VUZI.Q) and Children of War Foundation team up to teach the next generation of doctors