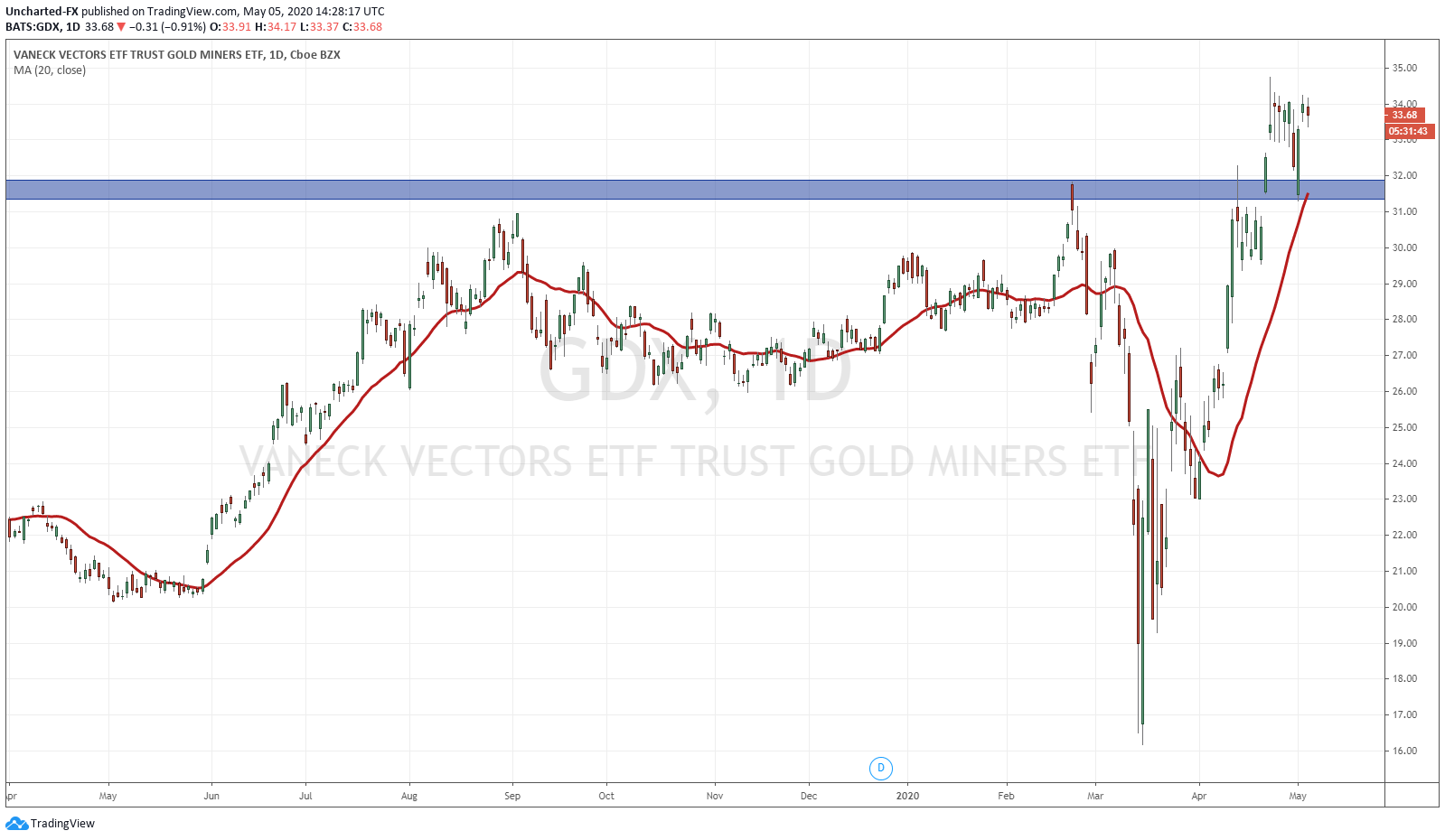 My opinions on Gold have been quite clear. I like it. Love it. Gold is a confidence crisis metal, meaning people run into Gold when they lose confidence in central banks, the government, and the fiat money system. Let’s quickly go through all three:

Central Banks have cut rates to 0 and are now partaking in QE. The money printing here has been unprecedented. Money printing is the solution to everything. It seems the final solution will be central banks being buyers as the last resort. They are on the path of becoming the most powerful institution in human history. What more can they do when the next crisis or black swan occurs? Cut into negative rates? Or in some cases (like the EU, Japan, Switzerland etc) cut deeper into the negative? How much larger can central bank balance sheets expand until people realize they are buying and owning everything? The Fed has now surpassed the balance sheet value during their response to the 2008 GFC. Theoretically, they can keep expanding it but there becomes a limit when people realize this is not a free market anymore. This is just central banks buying and propping everything. Prepare for this dialogue, it is coming.

In terms of government…they have responded with fiscal policy in combination with monetary policy from central banks. Nobody wants to ask where this money is coming from and how it will be paid. The truth is that governments will have to increase taxes and/or introduce new taxes to stay afloat. Inflation is taxation. Governments are desperate to keep living costs high because it means more in terms of a sales tax and property tax. Of course, this will end up hurting the middle class, and social disorder is pretty much a guarantee here. In the US they will have their own problem. Division is so great there, that regardless of whichever party wins the elections come Fall, neither side will accept the results. Will the excuse be the Russians hacked it again? How will the people respond? I will tell you: there will be riots and protests on the streets that will see people being killed.

In terms of the fiat currency, it ties closely in with central banks. With this major money printing, one should expect inflation. Inflation being a weakness in currency, as it now requires more of a weaker currency to buy something, which gives off a wealth effect for some assets (real estate etc). With economies re-opening up, there is a chance to see this inflation as money velocity slowly returns. However, for some currencies, such as the US Dollar, to see inflation or hyperinflation would require something much more dramatic. The US Dollar being the world reserve currency gives the US the ability to print as much dollars without worrying about debts. The Dollar has an artificial demand and this was called exorbitant privilege by the French. Dollar printing is warranted as long as demand for the Dollar remains high. I have spoken about this in my post regarding the US Dollar. It can be read here. The danger here comes from the Dollar losing the demand. This would guarantee hyperinflation the likes of which we have never seen. This is how China could harm the US. How will this happen? By a stronger Dollar. The Dollar gets so strong that the world gangs up and we go through another plaza accord where the Dollar is devalued. The Fed will continue to attempt to weaken the Dollar. I do think cutting rates was an attempt to do so. However, now with most western countries at 0 or close to 0 in interest rates, which currency would you want to hold?

So these are the reasons why I am bullish on Gold. It is a confidence crisis asset. There is the Ray Dalio thesis too, about Gold being the best currency and safety asset as short terms bonds are yielding really low. As a fund manager who is parking money in the short term, why do it by holding bonds yielding 0.20% or lower when you can put it in Gold which has the potential to even move more than 3% in a month?

We can play this with GLD and Gold CFDs, but I believe there is an immense opportunity here in the miners. Yes, their balance sheets are not the best, but they will be bringing in some good earnings with the price of Gold moving higher AND the fact that Oil costs have dropped dramatically. This means better margins.

We have been following the GDX for quite some time. Two weeks ago, I spoke about the break out on the weekly chart. Last week we re-tested the breakout zone, seeing there are buyers still stepping in. The chart featured in this blog is the daily chart. Very exciting. I want to show you all the re-test and how it created an engulfing candle. This is a candle body which is large enough that it engulfs previous candles. In terms of price action it is very significant and powerful. It tells us where the price floor is and where buyers are stepping in. As we go forward, I will be adding to my miner positions. We do eventually want to see a break and close above 34.25 which would then give us the first higher low swing that we can work with as we go forward in this uptrend.