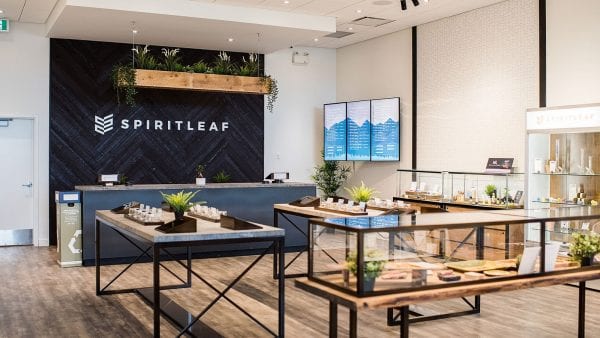 The ROL was granted by the Alcohol and Gaming Commission of Ontario as part of the regulator’s overall plan to increase the number of legal cannabis retail stores in the province. The next step for Inner Spirit will be for the Spiritleaf stores to secure retail store authorizations (RSA) before opening their stores.

“We are very pleased to receive an ROL for our corporate-owned stores and now await ROLs for our many Spiritleaf franchise partners in Ontario who have been training and preparing to launch their retail cannabis businesses and serve their local communities. We currently have more than 20 corporate and franchise stores expected to open in Ontario in 2020 depending on when ROLs are secured for the franchise partners and when RSAs are granted. The Spiritleaf brand and its local ownership franchise model have proven to create a loyal customer following in the communities we serve. We plan to grow our footprint in Ontario using the same dedication and focus we’ve brought to our other markets across Canada,” said Darren Bondar, founder and CEO of Inner Spirit.

The company is also in the final stages of completing the transaction required to acquire the existing Spiritleaf-branded store in Kingston, Ontario. It’s been in operation since April 1, 2019, when it “won” the Ontario cannabis lottery. It’s generated more than $7.7 million in retail sales in its first year, and the transaction is expected to be finished in June.

If you’d ever been there you know that Kingston doesn’t have much going for it. It’s best known for growing organic hockey players, and the occasional band grinds its way through the apathetic college crowd to national and sometimes international prominence. But if you’ve spent enough time in Kingston (and honestly, this extends to that entire area of Southern Ontario) then you know why that area is sought after as a cannabis hotspot. It’s not just that it’s in the middle of the Montreal—Ottawa–Toronto corridor, but that life often moves so slowly there that any enhancement is welcome.

Most of the folks you’ll find there are college and university students with a smattering of military types mixed in with the middle-class crowd, eking out marginal existences on what little remains of the once booming industrial sector. All of which is absolutely ripe for the cannabis recreational market. Except not right now, because Doug Ford has deemed cannabis and its various shops to be non-essential, unless you buy it online and then it’s perfectly fine.

The Spiritleaf network includes 47 franchised, license and corporate-owned stores operating in British Columbia, Alberta, Saskatchewan and Ontario. Their most recent opening was in Calgary on May 1 with a store in Kelowna, BC anticipated to open its doors later on this month. The company is also expected stores in Newfoundland and Labrador courtesy of a master agreement they entered into with a subsidiary of Atlantic Cultivation Ltd at the start of last month.

Spiritleaf stores also offer select and collect service, which enables customers to shop online and pick it up at their leisure, cutting down on the amount of time anyone needs to spend in the store.