Berkshire Hathaway (BRK-A.NYSE): Warren Buffett is my hero but he got this detail wrong

True heroes are hard to come by.

Warren Buffett – the elderly CEO of the $430 billion Berkshire Hathaway (BRK-A.NYSE) – is one of my heroes.

Over the last 56 years, he’s been a spectacularly successful investor.

But Mr. Buffett’s investing savvy is not – to me – his central appeal.

To put it bluntly, uber-rich men tend to be jerks.

Example: one prominent businessman-turned-politician exhibits a basket of toxic traits: a self-confessed groper, the CEO of a fake charity, a liar who promotes violence, a tax cheat and a white supremacist.

Warren Buffett is an anti-jerk.

Why not a fancy home in Bel Air with an infinity pool?

“I’m happy there,” Buffett told the BBC about his Nebraska crib, “I’d move if I thought I’d be happier someplace else.”

“A very rich person should leave his kids enough to do anything,” stated Buffett, “But not enough to do nothing.”

Buffett has pledged to give 99% of his wealth to charity. 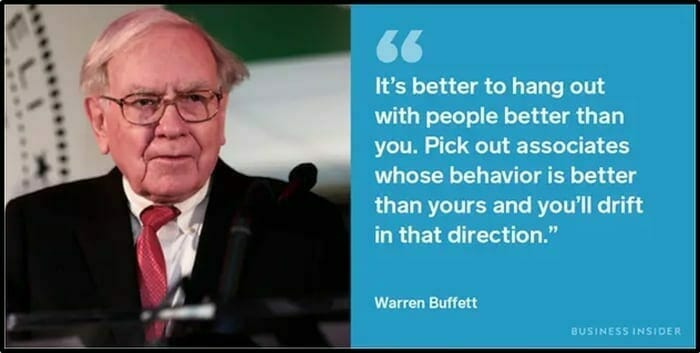 The current economic crisis has delivered Berkshire a sharp slap in the face.

Berkshire stock is down about 20% this year.  Despite a $116 billion war chest, Buffett has declined to buy back his own shares, stating that they probably aren’t a great bargain right now.

On Saturday, Buffett’s confirmed that Berkshire sold its entire stake in the country’s four largest airlines — American (AAL.NYSE), United (UAL.NYSE), Delta (DAL.NYSE) and Southwest (LUV.NYSE). Those four airlines are down an average of 8% today.

Passenger volumes are down more than 90%, compared with a year ago, according to industry group Airlines for America. 3,100 planes have been idled.

The coronavirus pandemic has turned Buffett bearish on the airline industry. “I wish them [the airlines] luck,” said Buffett.

Buffett’s bad bet on the airlines will not sully his reputation as an investing genius.

That said, I believe Buffett is wrong about one very important issue.

“Nothing can basically stop America,” stated Buffett at Saturday’s virtual shareholder meeting. “The American miracle, the American magic has always prevailed and it will do so again.”

Buffett’s opinion (about the resiliency of the U.S. economy) has been right for six decades.  Why wouldn’t it continue to be right?

The U.S. has zero funds.

When it runs a deficit, it just borrows – or prints – more money.

2019’s grim numbers are about to get a whole lot worse.

“Current policies add up to a 2020 budget deficit totaling between $4 trillion and $5 trillion,” states Bloomberg, “Which would equate to roughly 20% of GDP. That’s more than twice the size of the largest deficit run by the Obama Administration.”

Massive deficits might not be a problem if the U.S. had a skill-set, or resources, the rest of the world needs.  But it doesn’t.

America’s greatest talent is shopping.  This decadent activity generates a whopping 68% of the U.S. GDP.  There are more shopping malls in the U.S. than high schools.

Despite this, American still spend $70 billion a year on pets, including must-own products like “Poop Freeze”.

This entrenched U.S. insolvency is likely to end in severe debasement of fiat currency (paper money).

If that happens, we recommend investing in hard assets like precious metals.

This next shortlist features companies that are cheap by comparison. For the most part, they lack significant resources and are trading under the market’s radar—most haven’t caught a bid, though some have firmed up in price of late.

Note that some of the companies featured below have limited their groundwork in recent months to conserve cash, waiting for the tide to roll back in.

Conversely, some have raised cash in recent weeks/months and are looking to the future (a PP followed by a shiny new corporate presentation usually means things are about to get jiggy).

This is a real mixed bag, but the one thing these ExplorerCos all have in common is discovery potential.

Once again, I’ll start in the Yukon Territories, then travel south, then head north-east.” – Greg Nolan.

Many of Nolan’s featured companies have doubled in the same time frame.

In the past six weeks, 31 million Americans have filed for unemployment. The unemployment rate has spiked from 3.5% to 20%. The GDP has fallen 4.8% in Q1, 2020, the largest contraction since the financial crisis.

“In World War II, I was convinced [that American economy would prevail],” stated Buffett. “I was convinced of this during the Cuban Missile Crisis, 9/11, the financial crisis.”

“You can bet on America,” added Buffett.

But with all due respect to my beloved hero – I wouldn’t.