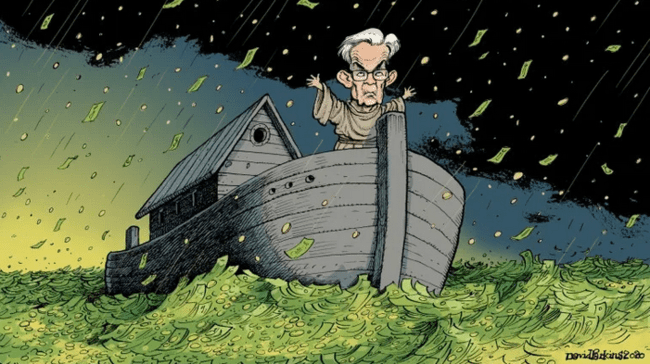 There’s rarely been a dull day in the gold (and silver) arena since the calendar turned over to 2020. The madcap volatility we’ve witnessed over the past few months has likely challenged the convictions of even the most hardcore of gold bugs.

There’s no shortage of opinions regarding where we go from here. For example, the Bank of America thinks gold’s technical momentum could push prices to an all-time high this year, even suggesting $3,000 is in the cards within the next 18 months.

$3,000.00 gold? You need to ask yourself, “Do I really wanna live in a $3k gold world”? The current financial landscape is bleak enough as is. I hate to imagine the view outside my window in a $3k gold world. But then again, I can can offer at least a dozen reasons why $3k should already be in our rear view mirror. Gold ended the NYMEX session on Friday at $1,745 and change, btw.

The logic underpinning such a move—a doubling in price—is reasonable enough: as economic activity contracts, as fiscal spending ramps up, and as central banks around the globe expand their balance sheets at rates that defy description (I need better adjectives to more accurately chronicle this madness), gold will be viewed as the safest of safe havens.

For now, the metal has broken out from the Inverse Head and Shoulders pattern we presented earlier this month. It’s now retesting that breakout line (upper blue) and consolidating those gains.

We could see some chop on both sides of this line as the market weighs the pros and cons of the political and economic data flying at us from every direction. The short term may be a question mark, but the medium to long term outlook is more certain—HIGHER (author’s not so humble opinion).

I view a nation and its currency the same way I view a company and its outstanding shares. The more shares a company cranks out, the greater the dilution to shareholders (this is especially true if the transaction creates no real value). When the U.S. cranks out trillions in stimulus, it dilutes its shareholder base—the American people. I submit that the greenback is analogous to the common stock of the United States of America. 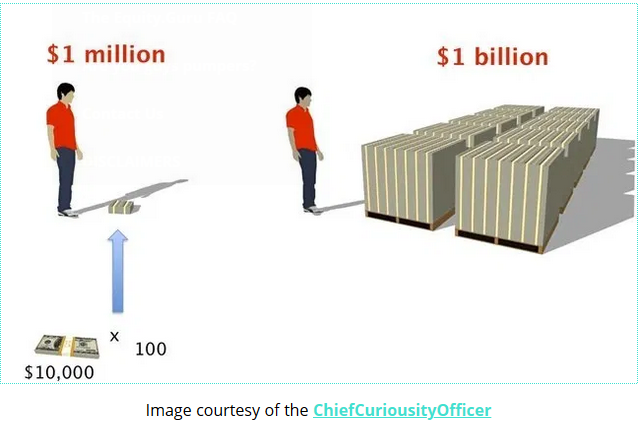 To quote Raymond Cruz, aka Tuco Salamanca from Breaking Bad, “this is some trippy ass’d shit holmes”.

But we’ve been telling you this for ages.

Gold is a monetary metal. Gold is a currency. It’s also a meaningful hedge against the out-of-control monetary debasement we’re currently witnessing.

A bit of history

Shaved flakes of bullion have been found in Paleolithic caves dating back to 40,000 B.C.

The Lydian’s stumbled upon a way to separate gold from other metals around 650 BC, creating our first solid gold coin.

In 1861, when the first U.S. paper currency rolled off the printing press, the lighter, stackable, and easier-to-take-flight-with currency was targeted from the get-go when the James gang sought to reduce the number of crisp new notes in circulation… 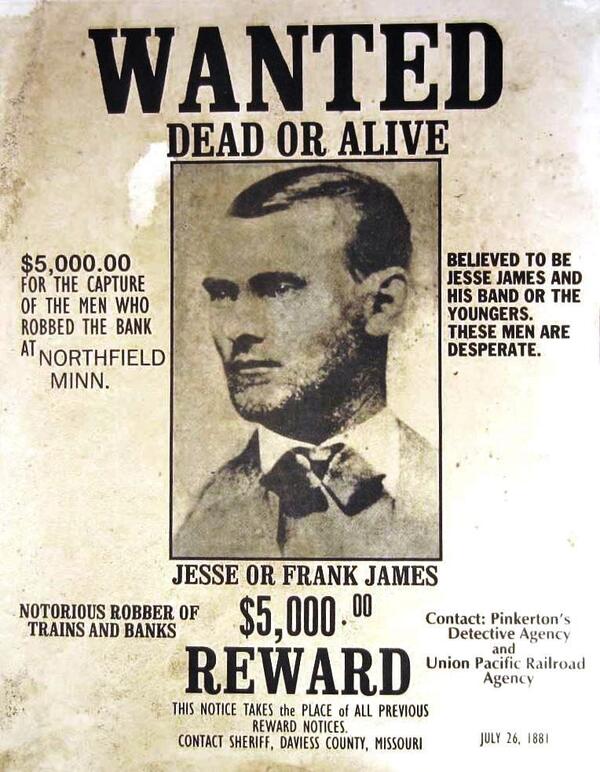 In the spring of 1900, President McKinley signed the Gold Standard Act, establishing a link between gold and every dollar put into circulation. The price of gold was set at $20.67 an ounce. Every dollar bill was redeemable for 25.8 grains of gold (there are 480 grains in an ounce if my arithmetic rings true).

Of course, the number of dollars one could print was limited to the amount of gold held in one’s vault. Imagine yourself as a treasury secretary back in the day, the drums of war beating the air, threatening the political landscape of the day…

As I’m sure you are all well aware, there has been a steady unraveling of responsible central bank stewardship over the following decades as we ‘evolved‘ militarily and economically. The gold standard act was dropped, and the U.S. dollar printing presses have been lined up like banks of busted (accommodating) slots ever since. 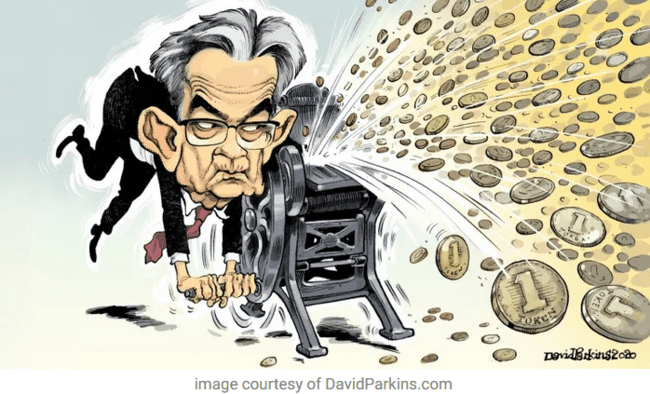 Getting back to the Kitco headline highlighted further up the page, gold cannot be rammed through a printing press. It cannot be conjured out of thin air. It is THE only currency that cannot be debased and manipulated like fiat paper.

The Fed can’t print silver either…

The premium on these Silver Maple’s is running at a stunning 50% over the spot price—it’s been even higher in recent sessions.

If you’re shopping online for gold or silver coins, expect to see this…

The GDX (a proxy for our largest gold Producers)—a chart we feature regularly in these pages—is currently challenging a resistance zone that has held the sector in check for going on seven years (blue line, chart below).

Zooming in closer with a one year chart, the drama and volatility in recent trading leaps off the page…

This is the kind of price action we want to see.

This successful assault on a multi-year resistance zone telegraphs a weighty technical signal that it’s finally game on for gold stocks. Of course, the gold bears out there are thinking Bull Trap.

My best guess is that this breakout is for real. The fundamentals underpinning the metal have never been more compelling.

Rates at or below zero will likely be around for a good long while. The amount of QE and global fiscal stimulus in effect (and on deck) have no preset limit.

Bank of America analysts believe there is still more bad news ahead:

“They noted that economists are forecasting a 30% decline in the U.S. GDP in the second quarter as the economy was grounded after all non-essential businesses were closed and citizens were requested to stay at home.”

Regarding the larger gold companies in the sector, they’re better positioned now than they were during the last bull cycle—debt is lower and balance sheets are stronger.

Regarding COVID-19 and mine closures, Credit Suisse:

“… investors we speak to are largely brushing off the near-term COVID-19 operational issues (unless closures extend well into May) and instead are positioning for longer-term gold price upside.”

Obviously, there are a number of cross currents.

Prepare for more volatility in the weeks and months ahead. Nerve jarring corrections are part and parcel to every burgeoning bull market. But these are uncharted H2Os.

Further down the food chain, many of the stocks I follow in the junior arena are catching a bid, and may be on the cusp of significant upside price trajectory… conviction sapping corrections notwithstanding.

Typical of a number of junior gold exploration and development companies we follow, Pure Gold (PGM.V) has tacked on impressive gains in recent sessions.

This 1st-qtr GDP data will be a sneak peek of what’s in store for Q2, when all the virus related lockdowns went into effect.