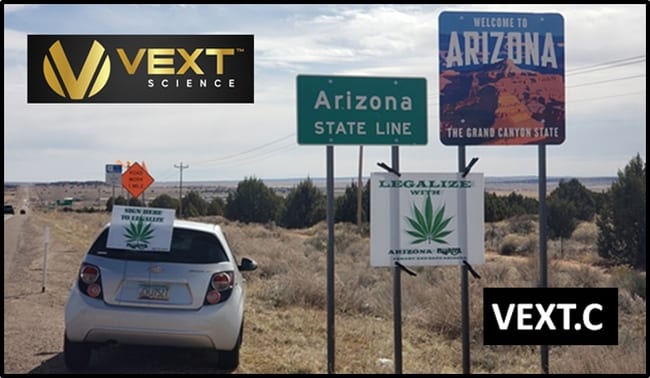 In a frontier industry, it’s critically important to be in the right place at the right time.

“Ask anyone in the state’s marijuana industry and they will tell you the same thing: legalization this year is all but certain,” continues the Arizona newspaper, “Arizona has more than 225,000 medical marijuana patients. More than half of Arizonans said they’d support legalization.”

In politics – things can always go sideways – but owners of medical dispensaries in AZ are licking their lips at the possibility of a customer-base expansion to include recreational users.

A couple of weeks ago, Vext Science (VEXT.C) announced that it had struck a deal with the Organica Patient Group (OPG) in Arizona. Vext will provide exclusive turn-key services for the management, administration and operation of OPG – an Arizona not-for-profit corporation, which holds a Medical Marijuana Dispensary Registration Certificate.

Organica has been doing business in Arizona since 2013, with a retail dispensary in Chino Valley, AZ, and an offsite grow-op in Prescott Valley, Arizona.

Vext will be handling the management, administration and operation of its medical marijuana dispensary, cultivation, extraction, kitchen and infusion operations.

Organica cultivates and produces medical marijuana products which are sold and distributed on a retail and wholesale basis in the State of Arizona.

According to 2099 Weed Maps reviews (4.8/5 rating), Organica has a sizable clientele of predominantly satisfied customers.

“I love Organica ,they are very friendly, have best quality & pulled together to help me at the worst time of my life,” states byseizure (5/5), “They always have good quality, but need to get the firebrand 1-1 back in stock it literally stopped my seizures thanks to all their staff there [sic] awesome.”

“Hey! Did you know OPG not only has the best selection of buds and edibles but they also let you bring in your art,” states MidNiTokshner88 (5/5), “Run it by their amazing manager and see if they can put your art on display to sell! I think every dispensary should do it. Love OPG”.

“This place is always quick and ready for patients,” states shanmcddd (5/5), “Always quick in and out. The budtenders here are all excellent and know what they are talking about!”

The deal involves the issuance of 67,000 shares of VEXT and a promissory note by VEXT in the aggregate sum of USD $5.5 million “along with other standard closing adjustments.”

“We have successfully expanded our presence in Arizona, our home market and the third largest medical only cannabis market in the U.S.” stated Vext CEO Eric Offenberger, “With the closing of the Arizona Transaction, we have increased our presence in this fast-growing market and improved our access to quality source materials.”

In the same April 8, 2020 press release, Vext announced that its JV in Oklahoma is producing cannabis products for sale and distribution to the Oklahoma cannabis market.

Vext also signed an L.O.I with Appalachian Pharms located in Jackson, Ohio. Appalachian Pharms’ operations will begin in April – subject to state approvals, the Vapen products will be produced and distributed to the Ohio cannabis market.

“We have expanded our presence in two new high-growth markets, Oklahoma and Ohio (subject to regulatory approval),” stated Offenberger, “We are on track to have production and or sales of Vapen Branded Product in 5 additional states, 3 of which are JVs, with the goal of having 7 total JVs and/or investment partnerships closed and operational by the end of calendar year 2020.” 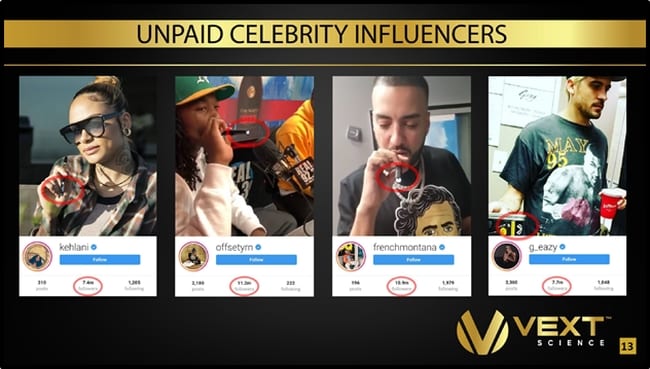 On February 13, 2020 Vext announced that it received its Certificate of Occupancy for a Hemp Processing Center located in Fulton, Kentucky.

“With a humble grow, an extraction lab, and a pair of Arizona dispensary outlets, and a solid group of products in multiple SKUs,” stated Equity Guru’s Chris Parry last summer, “Vext Science has managed to do what few before them have.  You’ve got to appreciate the folks who can just mint money every month while so many others eat dirt.”

“Medical marijuana dispensary owners who opted to expand into the adult-use market largely would do so in their existing physical locations,” stated The Phoenix New Times, “adding new staff and providing separate sales counters for medical and retail customers. Medical patients would still be able to get the highly potent, specialized products they rely on.”