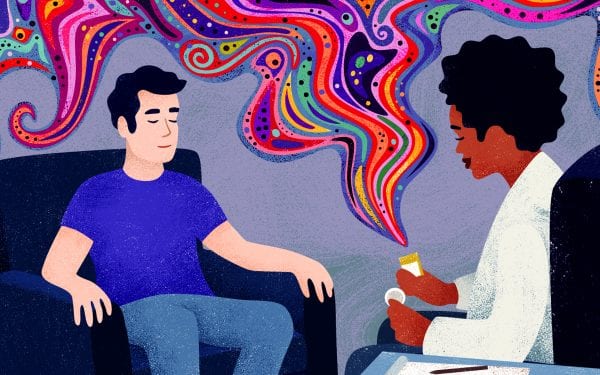 The long and short of it is that psychedelics aren’t here yet. There are plenty of companies in various stages of development, doing what they can to make various viable products that will pass all regulatory hurdles and eventually end up on shelves. The biggest regulatory hurdle is that they’re technically still illegal, a lot like cannabis was in 2013, but as we know from the way cannabis has progressed over the past five years, that can change in a hurry.

Here are three companies to watch.

Revive Therapeutics (RVV.C) has engaged Complete Phytochemical Solutions to help with their research and development of psilocybin-based products for the pharmaceutical market.

Revive presently has an intellectual property portfolio of psilocybin-based formulations ready to go to clinical trials, but what they lack is testing experience and that’s what Complete Phytochemical brings to the table.

“Complete Phytochemical Solutions provides intellectual and technical expertise in phytochemistry that enables our partners to develop, manufacture and market high-quality and efficacious natural products. Revive’s investment in research and development of psilocybin-based pharmaceuticals coupled with our state-of-the-art methods for quantification of active compounds will help to ensure that end products are highly standardized,” said Christian G. Krueger, CEO for Complete Phytochemical Solutions.

Revive’s has found a way to make their psilocybin-based formulations work with the body’s own natural absorption pathways while offering a contemporary approach to consumption. The company has filed patent applications with the U.S. Patent and Trademark Office covering production methods for their formulations, including sublingual sprays, tablets, capsules, sublingual and transmucosal delivery systems (which are basically gumdrops, oral strips and dosing pens). Revive’s previous patent-pending methodology includes psilocybin-based extraction and crystallization.

The second company is Mind Medicine (MMED.E), which has recently begun dosing the first subject in an additional phase 1 human trial of 18-MC. Their proposed product is an orally-active, non-hallucinogenic molecule based on the psychedelic ibogaine. The trial started on time and on schedule, even despite the COVID-19 pandemic, which is relatively impressive given that most of the rest of the world likely has barely gotten out of bed since this whole thing kicked off.

“Our ability to start this trial on schedule speaks volumes to both the efficiency and high caliber clinical development team MindMed has assembled to develop medicines based on psychedelics. Due to the team’s experience we have an extensive playbook to draw from to manage clinical trials even under the most trying of times,” said Dr Scott Freeman, MindMed’s chief medical officer.

Far from being the subject of fun with psychedelics, 18-MC is a potential treatment for opioid withdrawal and opioid use disorder. Data from the current human study is expected to move along the planning and design of MindMed’s future trials for the drug’s use in opioid use disorder patients. They’re planning on Phase 2 trials in late 2020.

They’d best hurry up, because if reports are any indication, then the COVID-19 pandemic is going to only exacerbate the pre-existing opioid use epidemic. Even before the outbreak, the opioid crisis was responsible for the deaths of 130 Americans everyday. If we consider that infection epidemics disproportionately affect socially marginalized persons with medical and psychiatric comorbid conditions, it’s entirely probable that the spread of the pandemic will increase the death rate.

Roadman gets road rash from the SEC

We’ve all got that one friend into alternative medicine. They’ve either given up on modern medicine either because of the cost (if they’re American) and they want to find a cheaper way to solve their medical issues, or they’re the gullible type that keeps the company’s that run latenight infomercials afloat.

Go over to their house on Wednesday and they’ll try to sell you on the healing value of crystals, while during dinner on Friday they’ll offer to give you the number for their acupressure guy, and swear by coffee enemas. (No, really. That’s a thing.)

At best they’re funny, and at worst, tolerable, depending on the day.

But when a public company makes dubious claims about a product that haven’t yet passed scientific muster, the Securities and Exchange Commission tends to smack them with a mallet, usually followed by a class action lawsuit if there’s a lawfirm out there that figures they can make money.

In this case, we have Roadman Investments (LITT.V) or if you prefer (RMANF.OTC), and their scientifically dubious claims about cedar leaf oil. Technically, cedar leaf oil covered under the psychedelics rubric, but Roadman is involved in mushrooms, and if they’re up to some shady shit, then it’s probably best to note that so you can make adequate decisions when shrooms do take off.

Even such, according to their press release, the company has responded to the SEC, requesting details as to why they were suspended and hasn’t heard anything back yet. They’re eager to address any concerns the SEC has with its disclosures.

According to the order.

“The commission temporarily suspended trading in the securities of RMANF because of questions regarding the accuracy and adequacy of information in the marketplace disseminated by RMANF in at least 12 news releases since Feb. 12, 2020. Those questions relate to statements RMANF made about its commercialization of cedar leaf oil as a promising treatment for COVID-19.”

We originally wrote about these rather dubious claims earlier this year, regarding their acquisition of CLOV Biopharma (CBP).

“CBP has found some diffusers that it thinks can be used with cedar leaf oil and cedar leaf oil vapour, and intends to start testing them immediately. Both anecdotal and lab confirmed tests acquired through in-field studies in people’s houses have shown that mould and bacterial levels have dropped considerably when diffused COV was present in the air.”

In this situations, it’s pertinent to either wait for the science (We went looking for it, and surprise! Didn’t find it) or wait for the SEC to weigh in. Unless it’s your gramma, then just take the damn sugar pill and pretend you feel better. 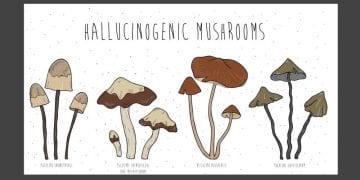 Numinus Wellness (NUMI.V) is the first public company to get the mushroom extraction nod from Health Canada 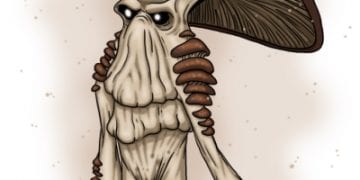