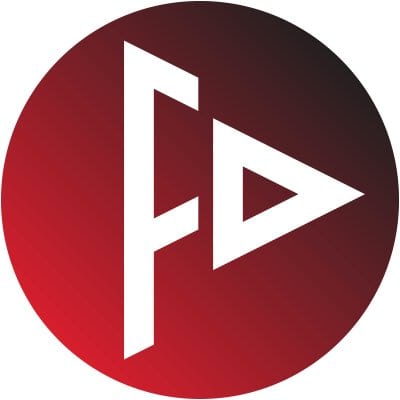 Fandom Sports Media’s (FDM.C) in-game platform currency,  Fancoin, will be used as the cryptography-secured model for blockchain-based microtransactions on the Fandom e-sports platform. The idea behind it is to provide value and functionality for large e-sport user bases of any age.

The company uses the Blaze protocol as a micropayment infrastructure within the Fandom e-sports ecosystem. Players can make Fancoin purchases and transactions knowing their player card, which is an identity card unique to Fandom esports and tied directly to their Fancoin wallet. The idea is that Blaze would supply speed and flexibility to their system, making it easier for gamers to buy in-game items and equipment, and therefore it would lead to customer retention.

Blaze, if you’re not familiar, is the blockchain technology that spawns in 9-dimensional space, and offers speed and adaptability, and was therefore poised to take over the microtransactions industry. Really, though, this is one of those companies that prefers to use high falutin technology jargon to intentionally hide the fact that they’re not really offering much in the way of blockchain innovation.

But let’s give them the benefit of the doubt and discuss what Fandom offers.

They can provide a further benefit to end-users as rewards or incentives for targeted sponsorship or published content.

The platform’s blockchain-based model allows for direct content targeting to users based on their preferences.

This kind of product does make sense on a blockchain, so we have to give the company points there. Lots of companies getting into esports are going to have to deal with a sudden influx of data coming in from all points, and it’s going to be managed, collated and be made readily available.

“The end goal is to attract users who become invested as “players”, who compete for rewards and prestige while building their unique “Player Card” with the associated wallet. It provides a potential recurring revenue generator attached with high margins for the Company, as this captivated global fan base remains within the Fandom Esports ecosystem.”

They’ve registered trademarks for the Fandom Sports logo and Fancoin across global markets, and these trademarks support the monetization method through a blockchain-secured platform gamer currency offering a service to e-sports fans to play, predict and get rewarded. The trademarks cover places where esports has demonstrated considerable growth over the past year including China, Japan, South Korea and European countries like the UK and Germany.

Let’s go back to the Blaze protocol for a moment now, and what it potentially brings to the Fandom’s platform. If it works, it brings an increased capacity of 50,000 transactions per second and a secured player identity. But the problem here runs deeper than that. It’s with the blockchain’s governance model.

“The governance model has top down pyramid structure:

Those with power reside at the top of the pyramid. They make the decisions, including dispute resolution, after which a 67% agreement is required to make it binding. This centralizes an awful lot of power in the hands of a few people on the network—people who can be persuaded, manipulated, bought-off, or coerced—into doing whatever it is you wanted them to do.”

Those folks needn’t even be executives in the company—that’s the kicker. Anyone with the computing power, the votes and enough coins, can theoretically find their way to the top of the pyramid. All that’s needed to be a node operator, and an executive, is the technical specifics and the votes.

A prospective candidate will need a minimum computational power to be able to handle the responsibilities of being an Executive and it will increase with the increasing load on the system. Recommended minimum computational power required for the candidate nodes as of now is: · CPU with 16+ cores. · 64+ GB RAM. · 1+ TB Storage. The systems must be vertically scalable to support the ever growing needs of the ecosystem.

Now the probability of the Blaze blockchain being hijacked from within by some majority coin-holder isn’t great, especially at this point in their development, but the white paper is available online and the adage of the two types of exchanges can be extended to include projects like this: there are only two types of exchanges – those that have been hacked and those that will be hacked.

Best not to tempt fate.