The Nasdaq is Leading: Amazon All Time Record Highs! 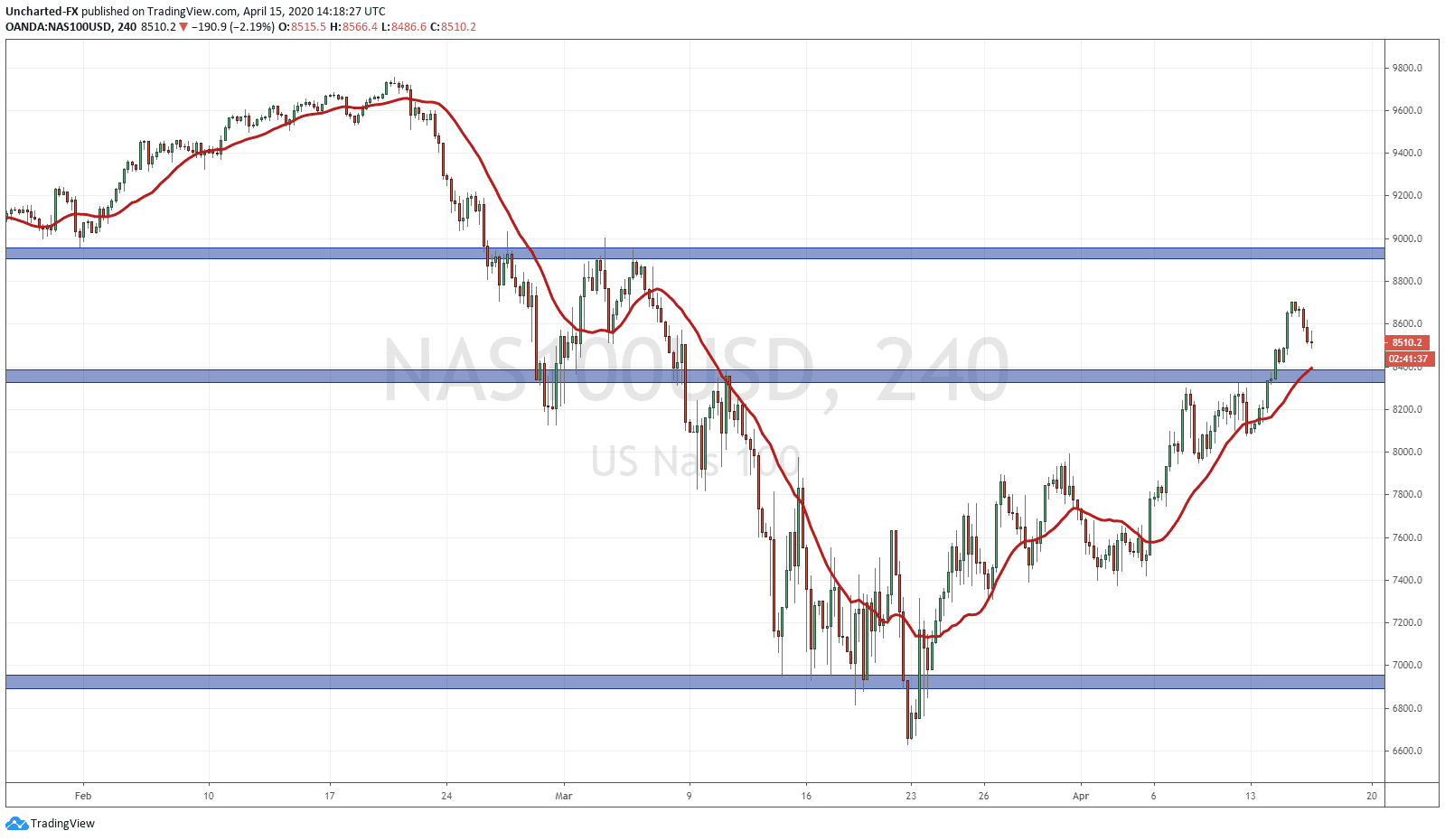 The 4 hour charts of the major equity indices have been showing some reversal patterns such as the head and shoulders and the cup and handle. These charts show a move higher, but we are still watching the 61.8 fibonacci zones on the weekly charts. Once we get a weekly candle close above this fibonacci level, we can safely say that a lower high and subsequently, new lower lows, are off the table. Until then, there is a possibility of reversals and moves much lower.

The Nasdaq has quite clearly been leading. A lot of this has to do with Amazon hitting all time record highs, but other tech stocks have been seeing a bid. Investors are jumping in because most of the big tech companies have enough money to stave away this lock down. Not many are furloughing employees, and do not require government money. In fact, a lot of them can keep operating with employees working from home. With stock prices falling in general, these tech stocks look appealing at their lower prices knowing the world will continue once we get through this.

On the technicals, the Nasdaq looks quite different than the S&P and the Dow, and broke above a key zone. The 8330 zone was key. Not only does this show a larger head and shoulders pattern on the 4 hour chart, but this zone was key on the daily chart. It was a large flip zone (where price has been both support and resistance). This break is significant, and if we do pull back to retest it, I would like to see how price reacts. The next major flip zone is above at the 9000 zone. This was the previous support level that we held before this major virus sell off. A close above here would not only be significant for that reason, but would also give us a weekly candle close above the 61.8 fibonacci level. 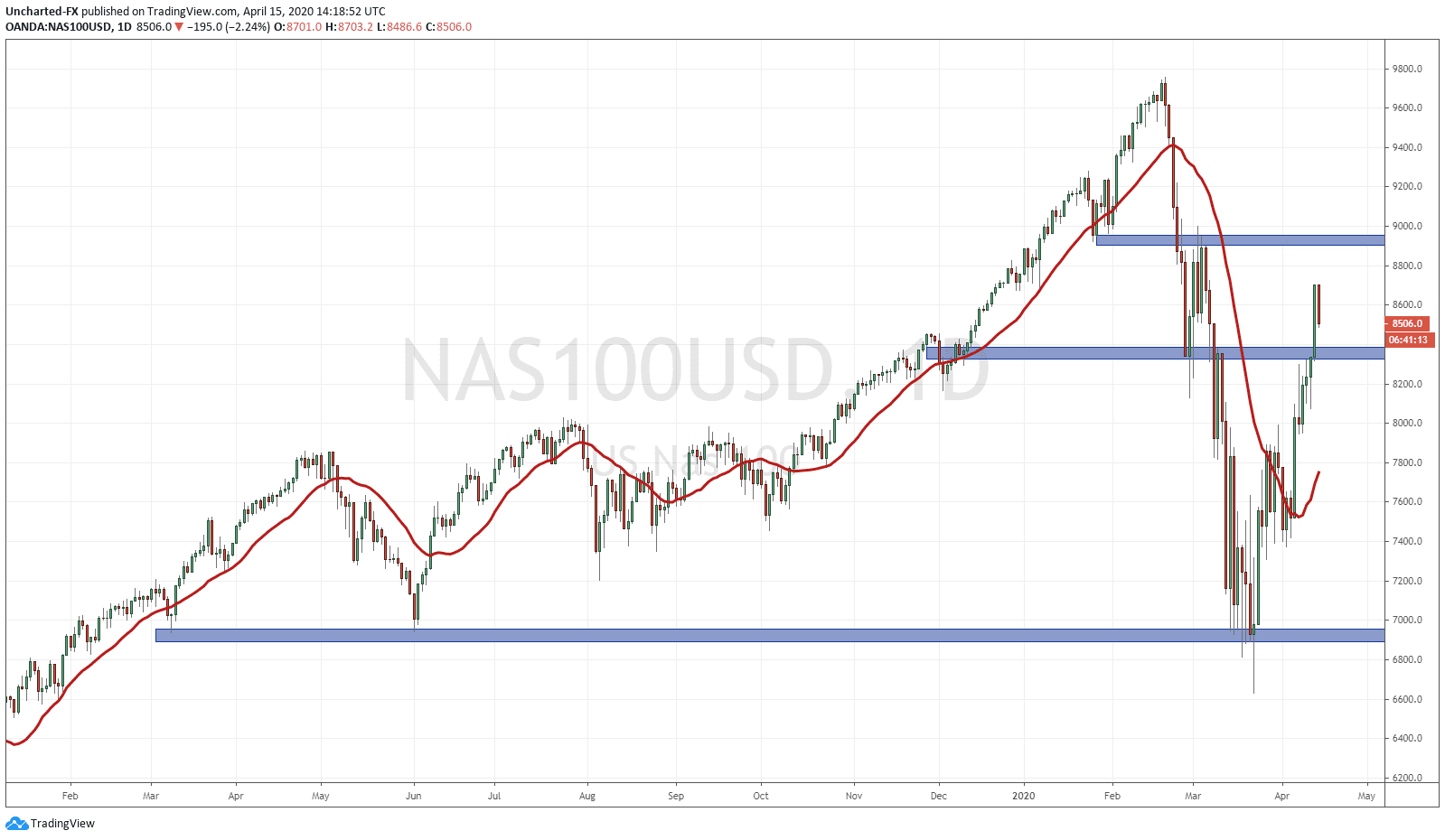 Once again, for these money managers who have seen bad Q1 performance, and quite frankly, have their jobs on the line, they will need to make yield. Just before all this occurred, bonds were yielding a bit higher, but now have lower yields given central banks around the world are cutting rates. Stocks remain the only place to go for REAL yield. Tech stocks have a bit more of the fundamentals working in their favour: have the cash, need no bailouts, and can continue business operations and/or launch new products and programs). Equities like the FAANGs (Facebook, Apple, Amazon, Netflix, and Google:Alphabet), will continue to get a bid. We are also seeing big moves in others like Roku and Tesla which might be indicating money returning, or at least market participants dipping their toes, back into equities.