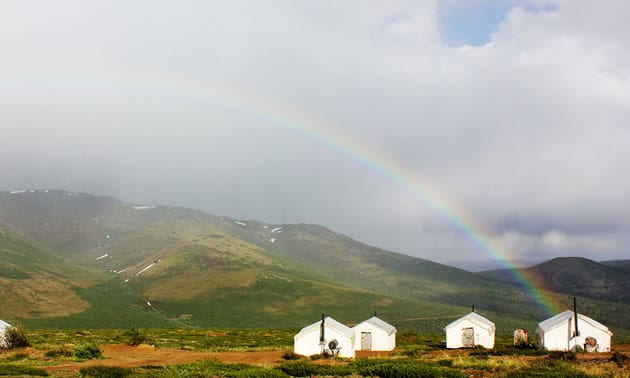 It would appear that gold stocks are beginning to de-couple from general equities. The following GDX chart shows a push towards multi-year highs.

It’s important to remember that during previous liquidity crises, gold stocks were the first to turn. During the 2008-2009 financial debacle, by the time the broader markets had bottomed in March of 2009, gold stocks had more than doubled.

The GDX wants to go higher. It may churn and consolidate at current levels, but if history is any guide, a breakout above $32.00 could trigger significant upside trajectory.

The real test will be if (when) the broader markets sell off again, testing their Mar. 16 crash lows. If gold stocks hold up during such an event, fugget about it (it’ll be game on).

Of the companies I follow in the junior exploration arena, only a handful are plumbing their lows. And of that handful, Strategic Metals stands out.

Strategic Metals has called the Yukon “home” for decades. The company, employing the prospect generator business model, characterizes itself as “the plankton that feeds the system”.

But there is one project in its portfolio that could see this conservative biz-model pushed aside in 2020. We’ll home in on this prospect a little further down the page.

The company is helmed by an award-winning exploration team credited with discovering the two highest grade 1-million-ounce-plus gold deposits in the Yukon, AND, the largest gold and copper deposit in the territory.

As THE dominant claim holder in the region, the company accumulated an impressive project portfolio of over 130 properties representing a diverse suite of metals, most of which are 100% owned with no underlying royalties. 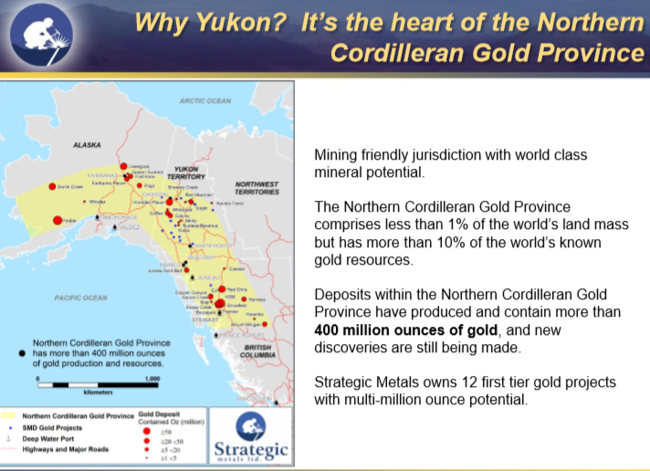 Eleven mineralized vein structures have been discovered on the property to date. 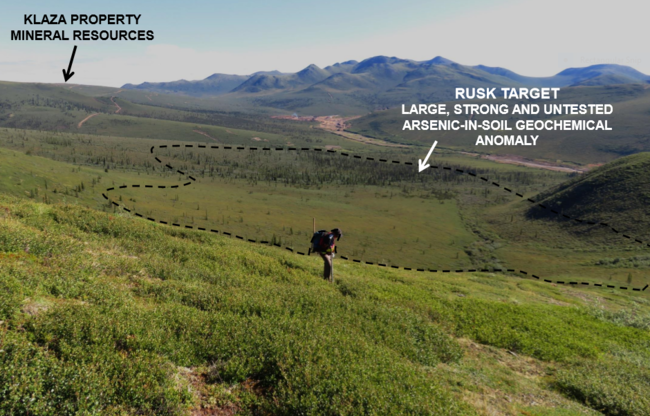 Note the gold and silver grades at depth (map below). The down-dip resource expansion potential has to be considered excellent… 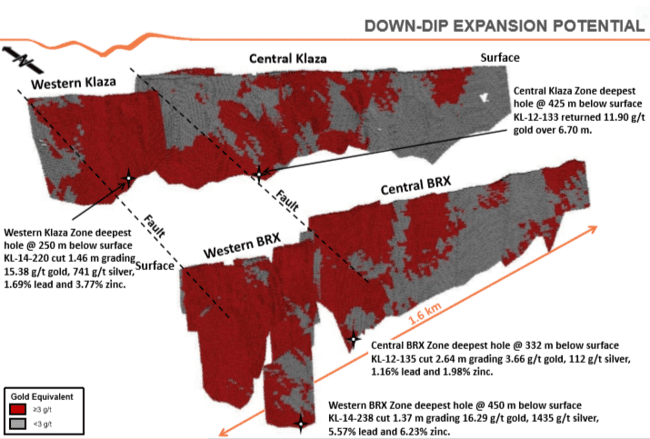 Geologically, Klaza is similar Buriticá (purchased by Zijin in 2019 for $1.4 billion)—a deposit with a huge vertical extent of over 1.6 kilometers, and Porgera—characterized by “Treasure Box” zones located in areas of structural complexity (Barrick and Zijin are looking at 240,000-260,000 ounces of annual production from Porgera).

The surface has barely been scratched here. Klaza has district scale potential.

There’s more to the Rockhaven story. We’ll be keeping a close eye on the company as the 2020 field season approaches.

Strategic generates newsflow from a number of projects, but Mount Hinton dominated the headlines in 2019.

Note Mt. Hinton’s proximity to Alexco Resources (AXU.TO) in the legendary Keno Hill Mining District, one of the highest grade silver districts in the world having produced in excess of 200 million ounces at a grade of 44 ounces (1,247 g/t) Ag per tonne. 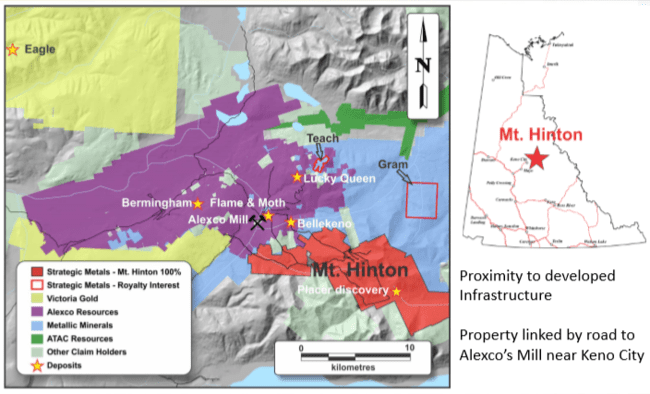 If you’re unfamiliar with Alexco, the company is on the verge of making a production decision where…

This was a multi-phase program designed to follow-up on promising gold values tagged during a 2018 soil and rock sampling campaign.

The highlight of this press release (quoting the NR): 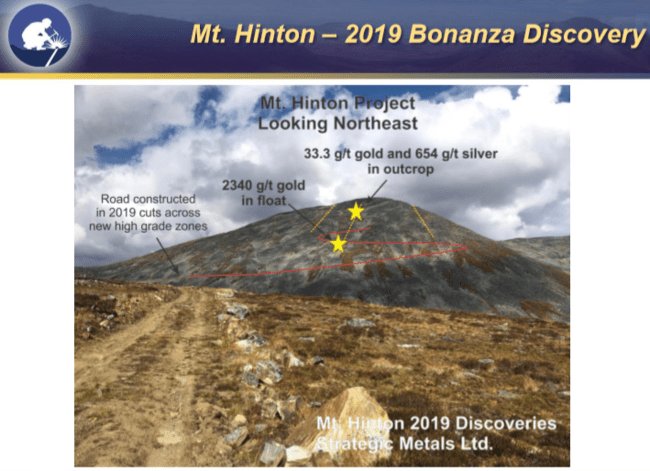 Then, on September 9, the company dropped the following headline:

Highlights from this rock sampling campaign included (quoting the NR):

Interestingly, follow-up prospecting within the float train that produced the 2340 g/t gold sample a few weeks earlier turned up a discovery of native gold, plus a rock sample grading 202 g/t gold and 2020 g/t silver (roughly 120 meters along strike to the northeast).

In a November 18 press release – Strategic Metals Continues To Discover High-Grade Gold At Its Mount Hinton Property, Yukon – the company prefaced the highlighted values with the following:

More visible gold was identified during phase three; however, keeping with previous phases of work, no samples containing visible gold were sent for analysis.

Most companies would have taken these visible gold (VG) samples, assayed them, and trumpeted them far and wide. Not this crew. They’d rather keep it real.

Highlights from the Nov. 18 rock sampling and trenching campaign (quoting the NR): 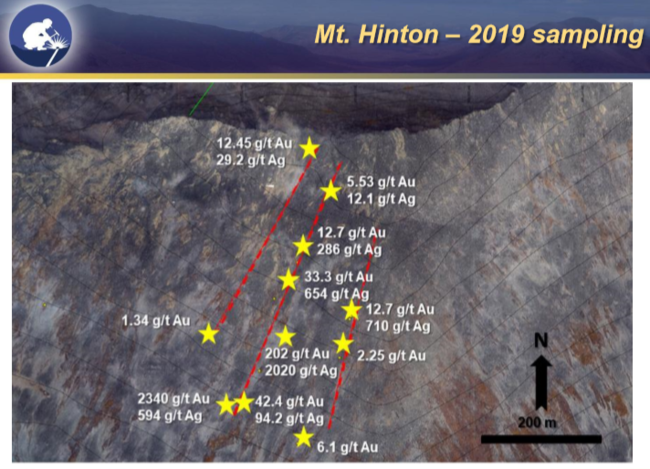 Importantly, these surface samples correlate nicely with a number of recently defined geochemical anomalies. The red and purple circular to sub-rounded clusters represent the higher-grade soil values (map below): 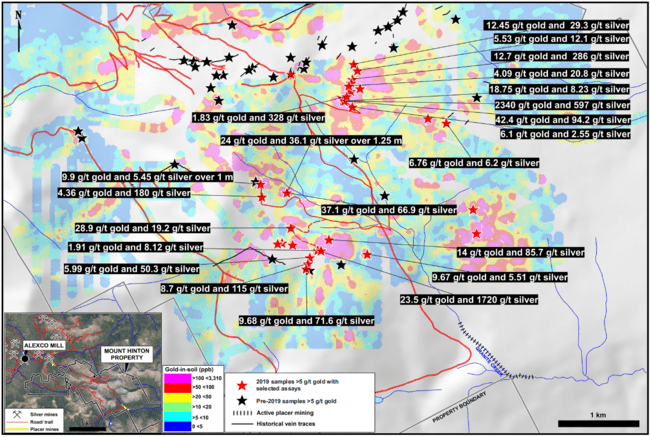 One last image—a recent placer discovery in the southern portion of the Mt. Hinton claim block yielded the following collection of gold nuggets… 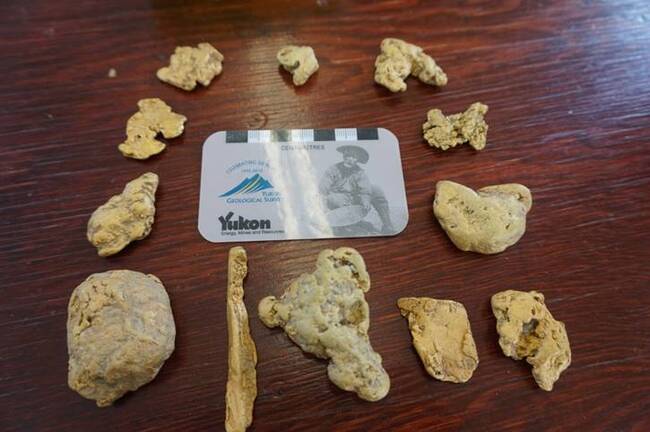 These are early innings for Mount Hinton. We should see an aggressive follow-up drilling campaign over the coming months. And as I speculated further up the page, the company will likely go this one alone, without a JV partner.

There are a number of moving parts to the Strategic story, all potential company makers, but Mt. Hinton has my undivided attention.