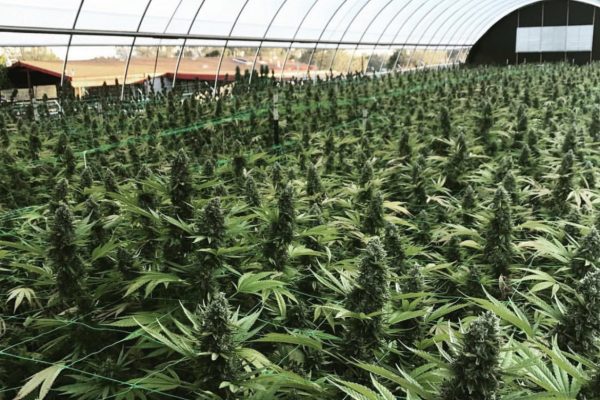 First up: The Green Organic Dutchman Holdings (TGOD.T) signed a letter of intent with the Societe quebecoise du cannabis (SQDC) before its upcoming launch of its lineup of organic tea.

“Entering the Quebec market is an important milestone for TGOD as we continue ramping up sales and production volumes. Our teas leverage the same fast-acting technology used for TGOD Infusers, and a proprietary know-how, which eliminates the need to use sugar when infusing cannabinoids in whole leaf teas. Our Science team successfully developed a lineup of great-tasting tea blends that are organically grown and sustainably sourced,” said Brian Athaide, CEO of TGOD.

Next up in the rundown, there’s more to cannabis than the recreational and medicinal markets. The old story about cannabinoid’s medicinal effects are presently subject to government scrutiny to determine their overall veracity.

Tetra Biopharma’s (TBP.V) present focus is called QIXLEEF. It’s stated primary use is as a treatment for uncontrolled pain in advanced cancer patients, and it’s presently slated to resume its clinical trial program (called Plenitude). The problem is it’s been waiting for the Dr. Sue Sisley’s Scottsdale Research Institute to get its Schedule 1 license renewed by the United States Drug Enforcement Agency (DEA).

A fully licensed facility lets Tetra begin the process of having a licensed producer ship the necessary GMP grade dried pellets containing cannabinoids to the clinical site prior to the start of patient enrolment.

“We are very pleased that Dr. Sue Sisley has received the DEA license. This is the last step before initiating the treatment phase of the Plenitude trial. We will now focus and accelerate getting QIXLEEF to Dr. Sisley,” said Guy Chamberland, CEO and chief regulatory officer of Tetra Bio-Pharma Inc.

Plenitude is a 4-week double-blind, randomized, placebo-controlled, parallel group design trial to evaluate the safety and efficacy of inhaled Qixleef on uncontrolled cancer pain in 78 adult patients with symptoms related to advanced incurable cancer and uncontrolled pain related to cancer. The company anticipates results from the Plenitude clinical trial will be part of the drug approval package for Qixleef.

No rundown would be complete without checking on no-one’s favourite dumpster fire, Canntrust Holdings (TRST.T).

Surprising nobody, Canntrust was socked with a cease trade halt on April 13, 2020, by the Ontario Securities Commission (OSC) because they didn’t file a periodic disclosure required by the Ontario securities legislation.

This dumpster-fire is the company that got caught by Health Canada growing and selling illegal weed from a hidden room last year, and was subsequently shut down. The CTO revokes the management cease trade order issued by the OSC in August, which kept directors and officers from trading the company’s paper until after the company secured its disclosure defaults.

Frankly speaking, though, if you weren’t out by the time the OSC delivered the cease trade order, then what were you waiting for? You had more than enough time to cut your losses, and now when (and if) they resume, you’re going to get hit even harder. Maybe there was a time during and maybe shortly after the scandal where one could theoretically anticipate a rebound and maybe recuperate some of your losses, but that time is gone.