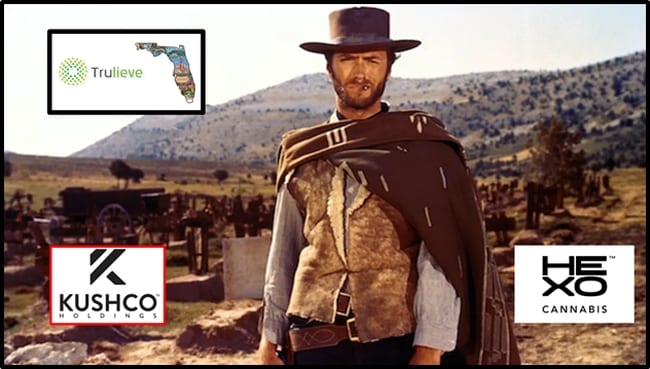 “Already plagued by a tough regulatory environment, disappointing sales and capital markets that had closed to all but the strongest companies, the [cannabis] industry is now facing a pandemic-related collapse in stock markets and ever-shrinking financing options,” stated The Financial Post.

The lack of financing is starting to take its toll on the weakest companies.

Let’s look under the hood.

TRUL is the largest licensed medical cannabis company in Florida, it also has operations in California, Massachusetts and Connecticut.

This company controls an astonishing 50% of the Florida market, with its vertically-integrated “seed-to-sale” operation. The company has 45 stores in Florida, with a patient base growing 10% per month.  The propriety production line has over 340 SKUs.

Florida is the 3rd most populous state in the U.S with 17% of Floridians over 65 years – it’s not surprising that there is a strong demand for medicinal cannabis and CBD products – which are used to treat cancer, joint pain and inflammation.

KushCo’s fortunes have been damaged by an explosion of bad press around vaping. In November 2019, KushCo kicked off its hemp trading business hoping it would juice up the bottom line, but it hasn’t worked out that way so far.

To save money, Kushco negotiated better deals with suppliers, consolidated its warehousing, reduced inventory, re-trained its sales force and “right-sized its workforce by approximately 50%” which is expected to save $12 million a year.

According to CEO Nick Kovacevich, KushCo has a “strategic plan to accelerate our path to positive adjusted EBITDA.”

That’s like saying you hope to organise a nature walk that will culminate in a gravel pit. “Positive adjusted EBITDA” sounds a close cousin of “profits” – but they live on different planets.

EBITDA is not a generally accepted accounting principles (GAAP)-standard line item on a company’s income statement. 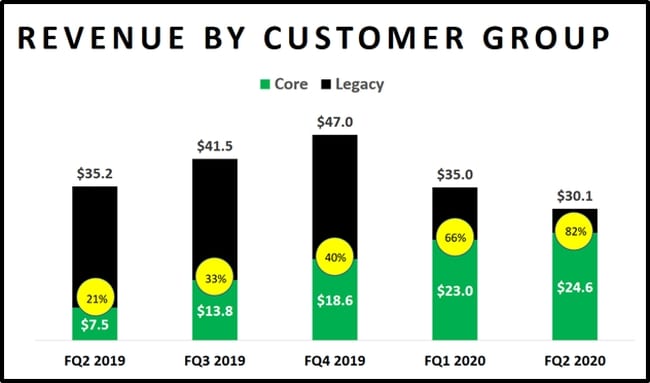 After completing a strategic review of its cultivation capacity, Hexo decided to list its Niagara grow facility for sale – booking an impairment loss of $138 million.

“Slower than expected retail store rollouts in Canada resulted in constrained distribution channels which have adversely affected market sales and profitability,” stated Hexo, “As a result of these factors, management performed an indicator-based impairment test of goodwill, booking a further loss of $111 million.”

“Following a strategic review of the company’s core and non-core assets we believe we have positioned HEXO to meet these challenges head on,” stated Sebastien St-Louis, CEO and co-founder of HEXO.

Meanwhile Hexo is being sued by MediPharm Labs who claims that Hexo has reneged on a cannabis oil supply deal signed in 2019.

As of January 31, 2020, Hexo held cash equivalents of about $81 million.  Barring further developments, Hexo estimates it will run out of cash in eight months.

Hexo is required to raise $40 million in equity by April 30, a “startling sum” that “could mean severe downward pressure” on the stock, according to CIBC analyst John Zamparo.

“Borrowing money and expanding hard in competition with MedMen (MMEN.C) is a two-edged sword,” explained Equity Guru’s Chris Parry, “In a strong market, you’re building far more value than you’re borrowing but, in a down market, you’re under extra pressure to keep things together when debts come due.”

Full Disclosure: Equity Guru has no financial relationship with the companies mentioned in this article.