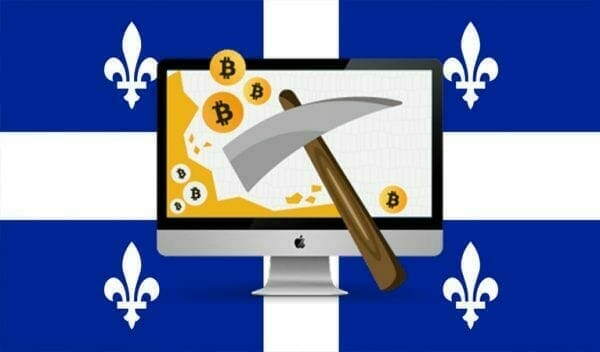 Hive Blockchain Technologies (HIVE.V) latest acquisition is an investment in the future of crypto

Don’t you love it when a plan comes together?

Canada is probably the best place for cryptocurrency in the world because of its combination of colder temperatures, subsidized and abundant easily accessible green hydroelectric energy.

“Multiple factors make Quebec a very attractive location for us including geographic diversification and competitive costs for green energy, skilled labour and taxes. The acquisition provides us direct control of our destiny, including significant capacity for expansion and flexibility for our future operations. To that end, we have exercised an option to extend the term of the Facility lease to November 2025, and we plan to invest in next generation SHA-256 miners to increase the operating efficiency of the Facility and prepare it for the upcoming halving of Bitcoin rewards. Additionally, we are currently investigating the potential to host third-party miners to maximize utilization of the Facility’s power capacity,” said Frank Holmes, interim executive chairman of HIVE.

The facility comes with some handy perks that will be helpful during the coming months.

First, this acquisition will more than double Hive’s total available power capacity to approximately 50 MW, and place it among the largest of any publicly-listed cryptocurrency miner, while providing significant diversity for the company’s business in terms of geography and by blockchain network.

Second, the facility brings electricity costs of approximately four cents per kilowatt hour, and 30 megawatts of HVAC and an electrical infrastructure geared specifically to cryptocurrency mining, as well as triple redundancy systems for power and internet connectivity, and the staff to run it all. As we’ve stated before, the only visible downside is the company’s reliance on S9 Bitmain antminers, of which it has 14,000 previously installed, which will provide 173 Petahashes of block-closing power.

They’ll do for right now as these miners will allow the company to generate positive gross mining margins under the current market conditions, but in the coming months if the price of Bitcoin takes a dip below a profitable threshold in the interim period after the halving, they could be a serious liability. But it’s not like they’re not throwing $3 million into buying new equipment. If they weren’t, their fortunes could be far worse.

What’s especially interesting about this acquisition, and perhaps the reason I like Canada so much for cryptocurrency mining, is because of our easy access to hydroelectric energy. Some 65% of Bitcoin mining happens in China, and it’s largely fed with fossil fuels leading to a large leftover environmental footprint. Here’s what’s been happening in China because of the COVID-19 lockdown:

The above clip shows satellite images of the effects of depleting nitrogen dioxide in the atmosphere over the course of a month, but there are certainly more chemicals being spat out regular into the atmosphere on a regular basis. Consider for a second this study that stated that Bitcoin mining itself could result in more than a 2 degree Celsius rise in global temperature.

The problem is even more nuanced than that, according to Christian Stoll, an energy researcher at the Technical University of Munich:

“China is responsible for the majority of mining, it’s split between two different worlds, energy-wise. In southern China, especially the mountains of Sichuan province, miners take advantage of cheap and abundant hydroelectric power. But the other Chinese mining mecca is Inner Mongolia, which runs on coal.”

Stoll’s team estimated Bitcoin’s carbon dioxide emissions at about 22 megatons per year, which puts it roughly in the equivalency range of the countries of Jordan and Sri Lanka, and also in the range of the carbon footprint of the Kansas City metro area.

Hive isn’t having any of that with their use of hydroelectricity.

No pollution no problem, and that’s awesome.